The perks of being an off-duty pilot. 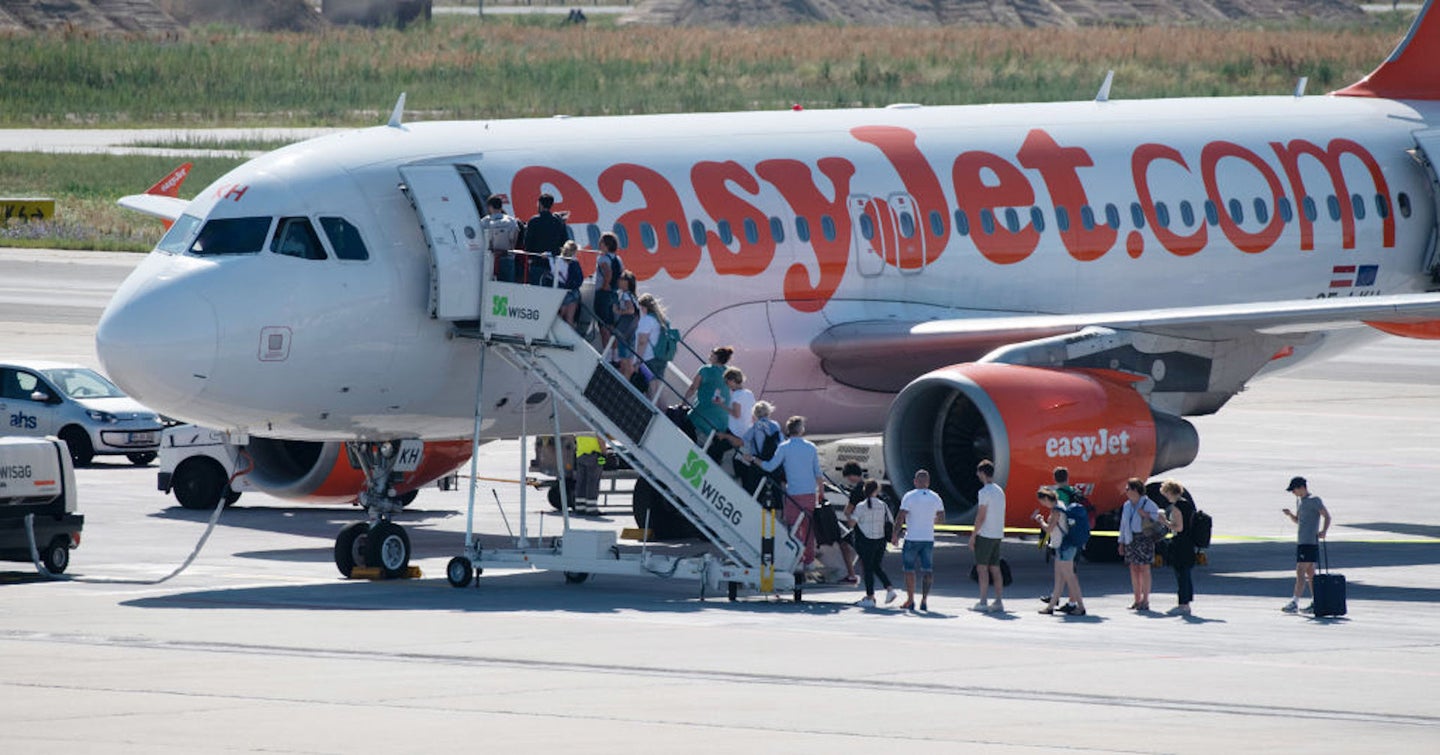 Flight delays, whether caused by poor weather conditions, crew issues, or logistical problems are an absolute nightmare for everyone involved—but especially the money-paying passengers needing to get to their place of business or vacation. But one man traveling through Manchester Airport in the U.K. got so fed up by delay that he volunteered to fly the plane himself. Yes, you read that right.

According to the Manchester Evening News, Michael Bradley was about to go on vacation with his wife and kids to Alicante, Spain when he got a notice that his flight was delayed by a couple of hours. The cause for the delay? The lack of a first officer to accompany the captain during the three-hour flight and a massive computer system failure from French air-traffic control.

This isn’t some strange case where Bradley had spent too much time playing Flight Simulator or XPlane, however, because Bradley is a certified passenger jet pilot who also happens to fly for easyJet. He just so happened to be at the right place and at the right time, so he stepped up to the plate to fly everyone to Alicante himself.

Several passengers took to social media to share the interesting turn of events, one of which was Michelle Potts. According to her descriptions, Bradley announced through the intercom that his wife gave him the bad news that the plane they were about to be on was delayed by several hours. So she inadvertently asked him if he could fly the plane himself. As a result, Bradley gave his colleagues at easyJet a call.

"I phoned up easyJet and said 'Hiya, I'm standing in the terminal doing nothing,” Bradley reportedly explained to the passengers on that flight. “I have got my license with me and I'd very much like to go on holiday and if you need a favor, I'm standing here ready to go."

"They said 'we'll phone you back.' Thirty-eight seconds later they phoned me back and said 'please, please pretty please with a big cherry on top, can you fly the airplane to Alicante'?” Bradley continued over the intercom, noting that the only thing different about the person originally scheduled to fly the plane was the attire. “So if you're alright for one of your pilots to look like this today, we'll go to Alicante.”

And then the crowd erupted into a cheer of excitement.

“We are grateful to one of our pilots who was traveling on holiday from Manchester to Alicante on 2 September with his family and volunteered to operate the flight,” an easyJet spokesperson told the news outlet, also explaining that Bradley hadn’t flown in at least four days and therefore was eligible to fly.

“This is fully in line with regulations as he had his license and ID with him. Safety is always our highest priority."

The Boeing 777 made an abrupt landing when a passenger suffered a medical emergency before a mechanical issue prevented takeoff until noon the next day.