Windsor Park locals have mixed emotions about the staple leaving their community after it stuck through over two decades and four U.S. presidents. 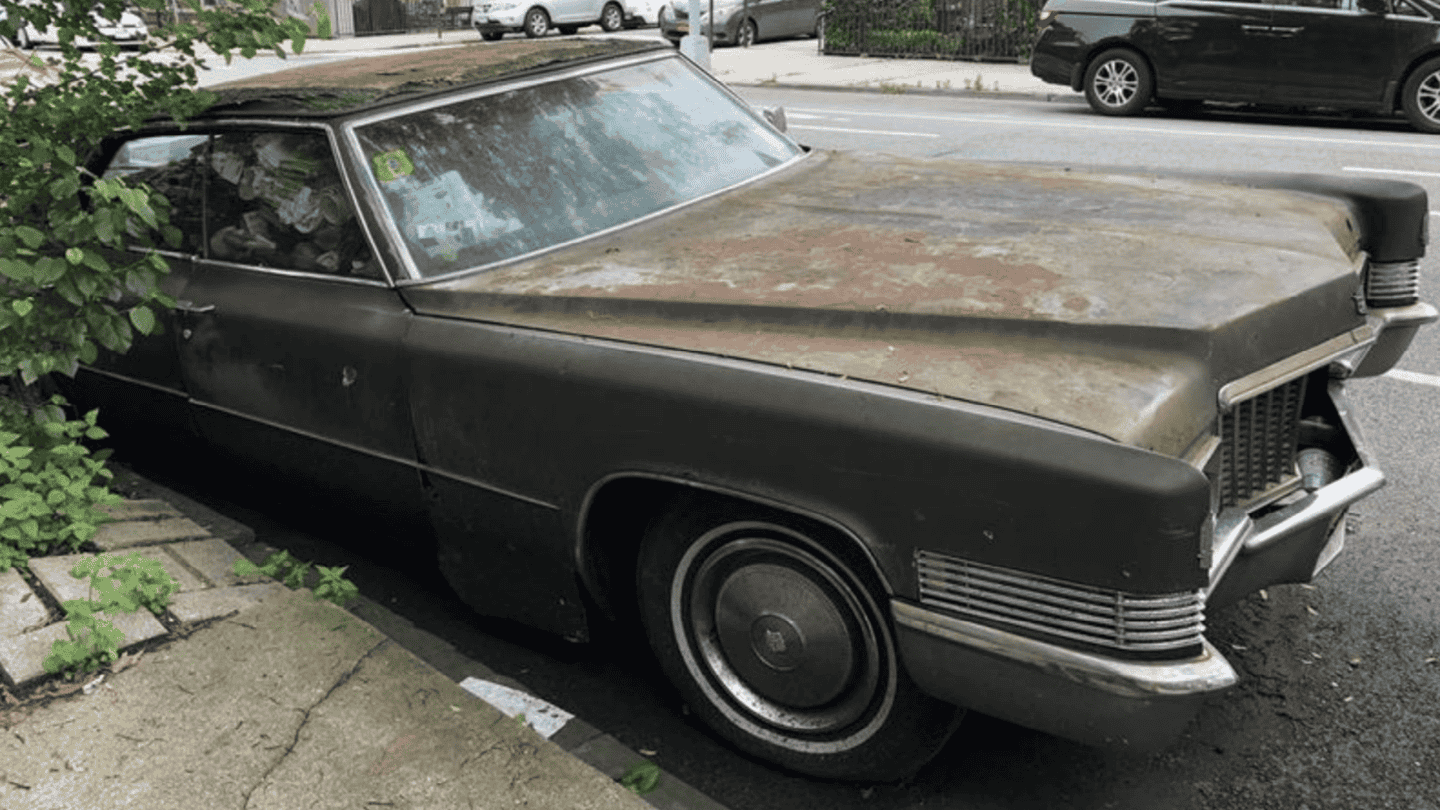 One long-time resident of a Brooklyn neighborhood is now gone after a 1971 Cadillac that had been parked street-side for decades was recently towed away.

As explained by the New York Daily News, residents of the Windsor Park area have mixed emotions regarding the Caddy’s demise, with some people actually feeling nostalgic about its presence on the street. The most common reaction, however, seems to be shock given the car’s staying power. The whole of New York City appears to be a tow-away zone, with vehicles being hauled off for any or no reason at all. The fact that this behemoth was able to stay in place through good weather and bad is amazing. It even remained as other cars were forced to move for the filming of a movie in the area.

One resident estimated that the 1971 Cadillac first appeared on the block around 25 years ago in 1994. He wasn’t sure when the car was last moved, but one thing that nobody can argue about is that it had become quite an eyesore as it filled with garbage. Photos show the Cadillac full of old newspapers, take out coffee cups, and all kinds of other random trash. The Malaise Era car was also missing part of its front grille and much of its paint was in varying degrees of decay.

The owner is said to be an elderly man suffering from mental illness who was no longer able to take care of the vehicle, though oddly enough it had a current New York inspection sticker. The car was finally ticketed by a street cleaner and towed to the NYPD’s Erie Basin Auto Pound, marking the end of an era for the Windsor Park neighborhood.