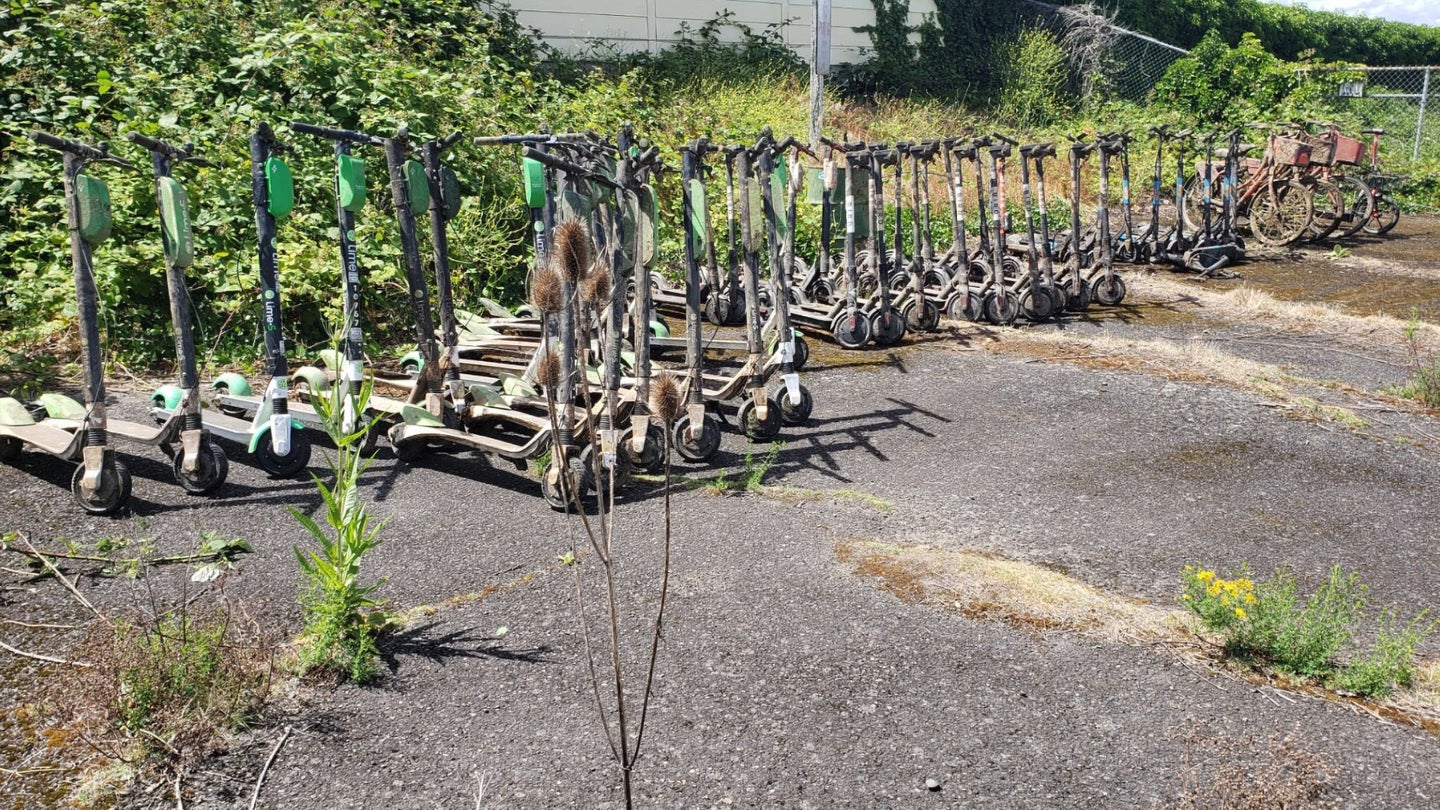 Rentable electric scooters have cast a beam of hope on cities and urban areas looking to curb roadway congestion by offering commuters another easy solution of getting about. Unfortunately, though, some of the services have backfired, creating more problems rather than fixing them. Case in point, police recovered more than 50 e-scooters and a few bicycles from the Willamette River in the vicinity of downtown Portland, Oregon, earlier this week.

Divers began reporting about the scooters last month and when the recovery effort concluded this past Tuesday, crews found e-scooters from likes of Lime, Bird, and Razor littered in the river. But other than an accident or under vandalistic pretenses, nobody knows why or how they ended in the Willamette River.

“We advise those people not to park scooters in the river,” Multnomah County Sheriff’s Office’s Stg. Brandon White told reporters.

White said that the River Patrol and Dive Team were training in the Willamette when the noticed the scooters. They brought attention to the matter over fears that the batteries could leak into the waters and become an environmental problem.

In addition to the 57 t e-scooters recovered, several bikes were also found, which appeared to be a part of Biketown’s rentable fleet.

Spokespeople from both Bird and Lime responded to press expressing their dismay about this discovery, emphasizing the given message that the scooters shouldn’t be vandalized and anyone witnessing people damaging their property should be reported. As a result, both Lime and Bird have setup emails where witnesses can report the vandalism.

This isn’t the first case of the companies' e-scooters being vandalized. Late last year, reports brewed up of people vandalizing Bird e-scooters in a social media fad called “Bird Dropping,” where it encouraged people to leave them anywhere they see fit in attempts at some punny humor.