C’mon, man—if you’re going to try to counterfeit your state inspection, at least rope in a friend with good handwriting. 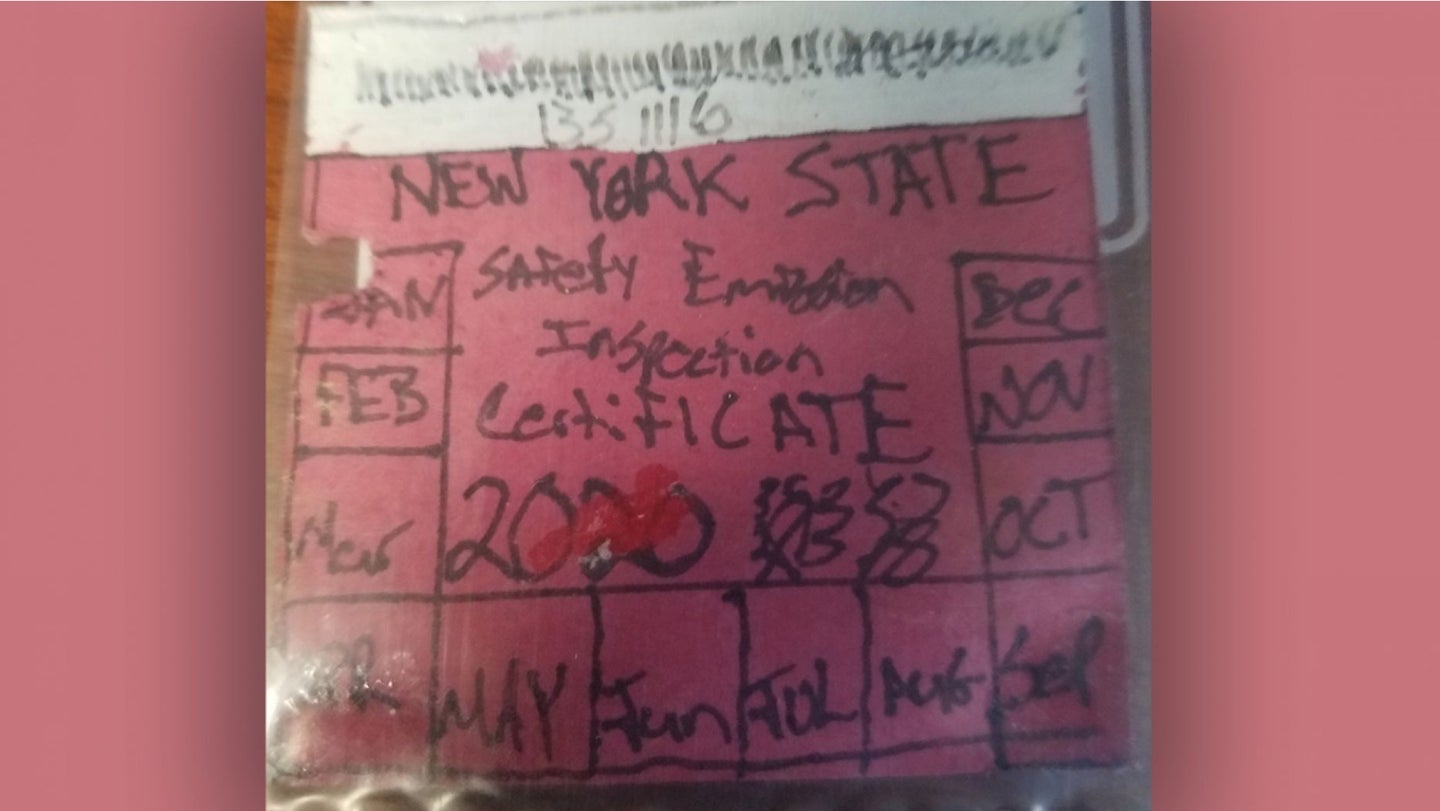 The Montgomery County Sheriff's Office in New York wasn't fooled by 35-year-old Manuel Muniz's alleged attempt to sneak a homemade inspection sticker past them, according to Fox News. The maker of this faux-sticker nailed the overall shape as well as the layout of the months around the middle, but there's just something a little bit off about the type here. Let me know if you can spot it.

The Montgomery County Sheriff's Office posted this fake sticker on their Facebook page if you want a closer look, but it's pretty easy to tell that it's a big square of red construction paper.

I have to say that I'm impressed with some of the effort on display here, from the barcode up top to the spot-on layout of the "Safety Emission Inspection Certificate." Sure, the real version says "Safety/Emissions Inspection Certificate," but we're giving our industrious cheat here some credit where we can. An attempt was even sort of made to put scribbles where the state crest would usually go. If the ink was just fresh, it might even be a solid 50-foot job!

Yet the handwriting itself may have been the sticker's downfall. I say this as someone whose chicken scratch is beyond bad: this is some pretty terrible handwriting. It's barely even legible in some places here, and kind of all over the place. Couldn't he have at least used something like a phone as a straight edge to line everything up right?

The cops weren't buying it. Muniz was cited for driving an unregistered vehicle, reports Fox News. The fake sticker was then posted to the Montgomery County Sheriff's Office Facebook page as a warning for all to see.

"So, we appreciate people who take some initiative, however, this will not work as your vehicle inspection sticker, NICE TRY!!" wrote the sheriff's office.