The roster of test drivers offers a glimpse of the next gen of F1 drivers. 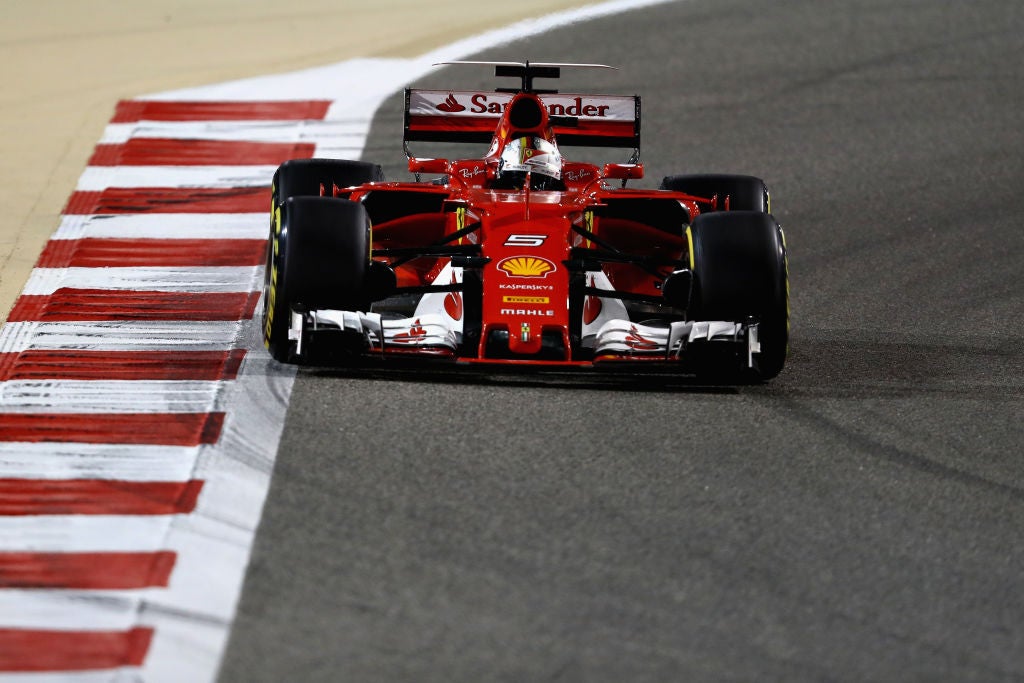 Even though the Grand Prix weekend at Bahrain International Circuit is over, the teams have stuck around, as they are gearing up for a rare round of in-season testing. The ten teams are making using Wednesday and Thursday for driver training and road-testing new parts. Renault is testing an updated MGU-K system on their engine, Honda is testing a slew of updates to their shamefully weak power unit, and Ferrari is lending their car to Pirelli for some tire testing. In command of Pirelli's test car is Antonio Giovinazzi, who drove the first two races for Sauber this year during the final recovery stages of Pascal Wehrlein.

Speaking of Antonio Giovinazzi, he is one of the big names among young drivers with a potential future in Formula One as the sport's veterans retire in the next few years. The notable young drivers present for testing, as reported by GPUpdate.net, include Pierre Gasly, Alfonso Celis Junior, Oliver Turvey, Sean Gelael, Sergey Sirotkin, and though he is far from a young driver, Gary Paffett. The accomplishments of note for each driver are as follows.

Antonia Giovinazzi is among several drivers being groomed as a replacement for Kimi Räikkönen. He started in karting, as most drivers do, and won both the 2006 Italian National Trophy 60cc and Euro Trophy 60 karting leagues. He won Formula Pilota China in 2012, and competed amongst three different Formula 3 series before moving to GP2. He is the current backup driver for Scuderia Ferrari.

Pierre Gasly of the Red Bull Young Driver Program is the champion of the 2013 Eurocup Formula Renault 2.0 and 2016 GP2 seasons, as well as 2014's Formula Renault 3.5 runner-up. He will be testing for Red Bull Racing.

Alfonso Celis Jr. of Mexico was the champion of the 2011 Campeonato Turismos de Velocidad 1800cc, a Mexican racing series. He has competed in several open wheel series, and will be testing with Force India.

Oliver Turvey will be driving for McLaren. His notable history includes second place finishes in Formula BMW UK, the British F3 Championship, the 2015 24h of Le Mans in LMP2, and a 2014 24h of Le Mans class win in LMP2.

Sean Gelael of Indonesia will be driving for Toro Rosso. His most notable result is his third place finish in the 2015-2016 season of the Asian Le Mans Series. He has a seat in this year's Formula Two championship with Pertamina Arden Motorsport.

Sergey Sirotkin, a Russian driver, was the winner of the 2011 Formula Abarth European Series. He finished 3rd in GP2 in 2015 and 2016, and may race this year in Formula Two. He is Renault's current backup driver, and will be testing for them.

The final name of note, Gary Paffett, is a case of close-but-no-cigar. Now 36 years old, he is too old to get a real chance at driving in Formula One. It is surprising that he never got a chance to race in a Grand Prix, as he has a karting championship and five different single seater championships to his name, as well as the 2005 DTM championship under his belt. He spent over a decade as a testing and reserve driver for four different Formula One teams, with some speculating he nearly had the second seat at McLaren in 2007, which was given instead to GP2 champion Lewis Hamilton. He may just go down as one of the saddest coulda-beens in the sport's history.

Of these drivers, only Giovinazzi, Gasly, and Sirotkin appear to have a serious chance at a Formula One race seat in the future. The rest may be relegated to a career of floating around to different motorsport disciplines.