Things get a lot weirder when you’re dealing with stuff you can’t see. 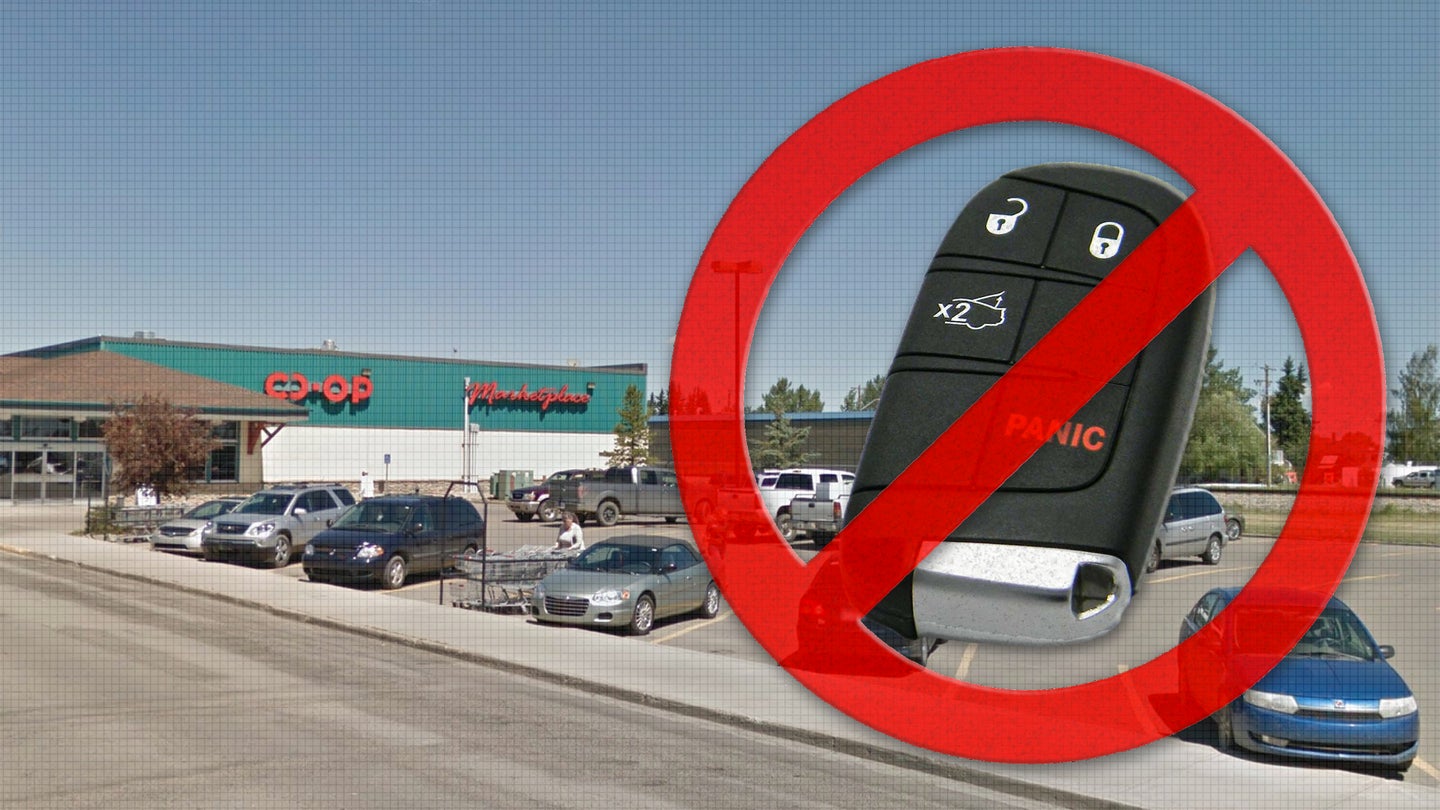 For the past several weeks, residents in a small town just outside of Cleveland, Ohio have been perplexed by intermittently working car key fobs. According to local residents, these and other remotes stopped working several weeks ago overnight.

But as it turns out, it wasn’t just key fobs that were affected. Any sort of radio-frequency-based electronics from garage door openers and various other remote devices decided to call quits. And when the problem wasn’t isolated throughout the area, residents all agreed that something was really odd.

When word got out about the mysterious phenomenon, special investigators, repair contractors, and even local radio enthusiasts all descended on the town of North Olmsted, Ohio, just southwest of Cleveland with special detection equipment.  Officials of North Olmsted began receiving complaints about the problems in late April, Donald Glauner told The New York Times. Glauner is the town’s safety and service director.

The suburban town also just happens to be a few miles down the road from the Glenn Research Center, which belongs to NASA. So it was easy for some conspiracy theorists and tin-foil-hat wearers to think that some top-secret government project was causing the problem.

In the weeks succeeding, over a dozen reports came in about repeated intermittent issues with all sorts of radio-based electronics. Thus, it was clear something was interfering with the devices. Reports also began ringing in from the next town over, Fairview Park.

With the reports, some car key fobs supposedly worked while others did not. Speaking to The New York Times as well, local resident Chris Branchick told reports that his GMC key fob failed to unlock his truck multiple times. But when he tried the key fob to his fiancé’s Nissan, all was well.

The problems caused so much a ruckus that local cable companies and even major telecoms giant, AT&T, dispatched engineers to investigate the issue.

“They began by shutting off the power in the places where they detected the strongest reading for interfering radio frequencies,” AT&T company spokesman, Chris Eck told reporters.

But after some searching, investigators were able to home in on the source of the interference with signal detectors. It all pointed to one particular house, according to television repairman Dan Dalessandro. The cause of the electrical interference was a local resident’s homemade sensor system.

Said resident apparently built a battery-operated device that alerted the homeowner of someone else’s presence on the main floor of his house whenever he was working in the basement. The homeowner reportedly has a huge enthusiasm and hobby for electronics. He is also an individual with special needs and thus, was not identified to protect his privacy. Both the inventor and other residents inside the home had no idea that his makeshift device was interfering with other electronics in the area.

“The way he designed it, it was persistently putting out a 315 megahertz signal,” said North Olmstead's City Counselman, Chris Glassburn in an official statement. That signal frequency just also happens to be commonly used by other radio-based devices, like car key fobs and garage door openers. “There was no malicious intent of the device.”

The multiple layers of metal in refrigerators and freezers make it more difficult for thieves to interfere with your car’s key fob.