Its blue Nike shoe is what grabbed the lumber yard worker’s attention. 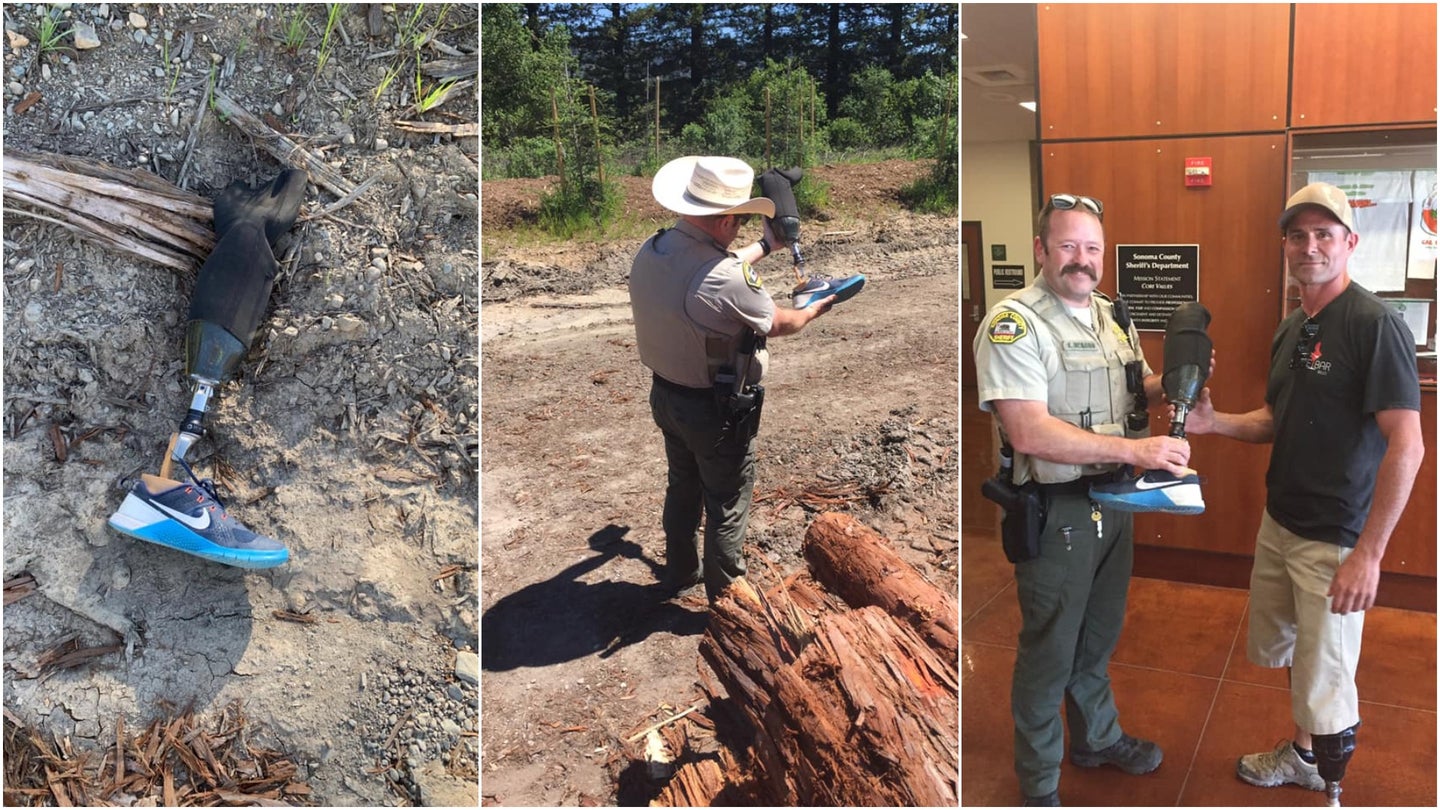 Any number of items could be lost while skydiving: shoes, shirts, wallets, keys, and anything else you keep in your pockets or attached to your person. What you wouldn’t expect to lose is your prosthetic leg, but that’s exactly what happened to a California man police identified as Dion.

The leg, which was located in a Sonoma County lumber yard by what had to be confused lumber workers, was turned over to the County Sheriff’s office. After a brief investigation, the sheriffs called the local airports which quickly led to the mystery being solved. According to CNN, the sheriffs were informed by the airport that Dion had gone skydiving over the area last week and had lost his prosthetic leg at 10,000 feet. When he landed, according to the tale, Dion and his friends searched the area they thought the leg could have landed near but failed to find the missing limb.

In a Facebook post about the incident written by the sheriff’s office, Dion expressed his gratitude toward the officers who recovered his missing prosthetic as it cost him $15,000. And it turns out, this isn’t the first time Dion has lost his prosthesis. According to the post, the sheriff’s interaction with Dion led to him admitting he’d lost his first prosthetic leg skydiving over two years ago, but “that hasn’t held him back.” Obviously.

The sheriff’s Facebook post went on to further state that Dion landed safely, even without his prosthetic leg and that “he promises to make a tether and learn from this, but [he] fully plans to stick with his passion [of skydiving].”

Losing things like a prosthetic limb, however, isn’t uncommon among skydiving companies and some make sure customers leave them, as well as dentures and hearing aids, on the ground so they don't lose them. Just remember, next time you go skydiving, make sure everything is either attached or left on the ground.

There appears to be some sort of large force exercise occurring over parts of Nevada and Utah.

Watch This Skydiver Leap from a Giant Drone

For the first time in human history, no less.