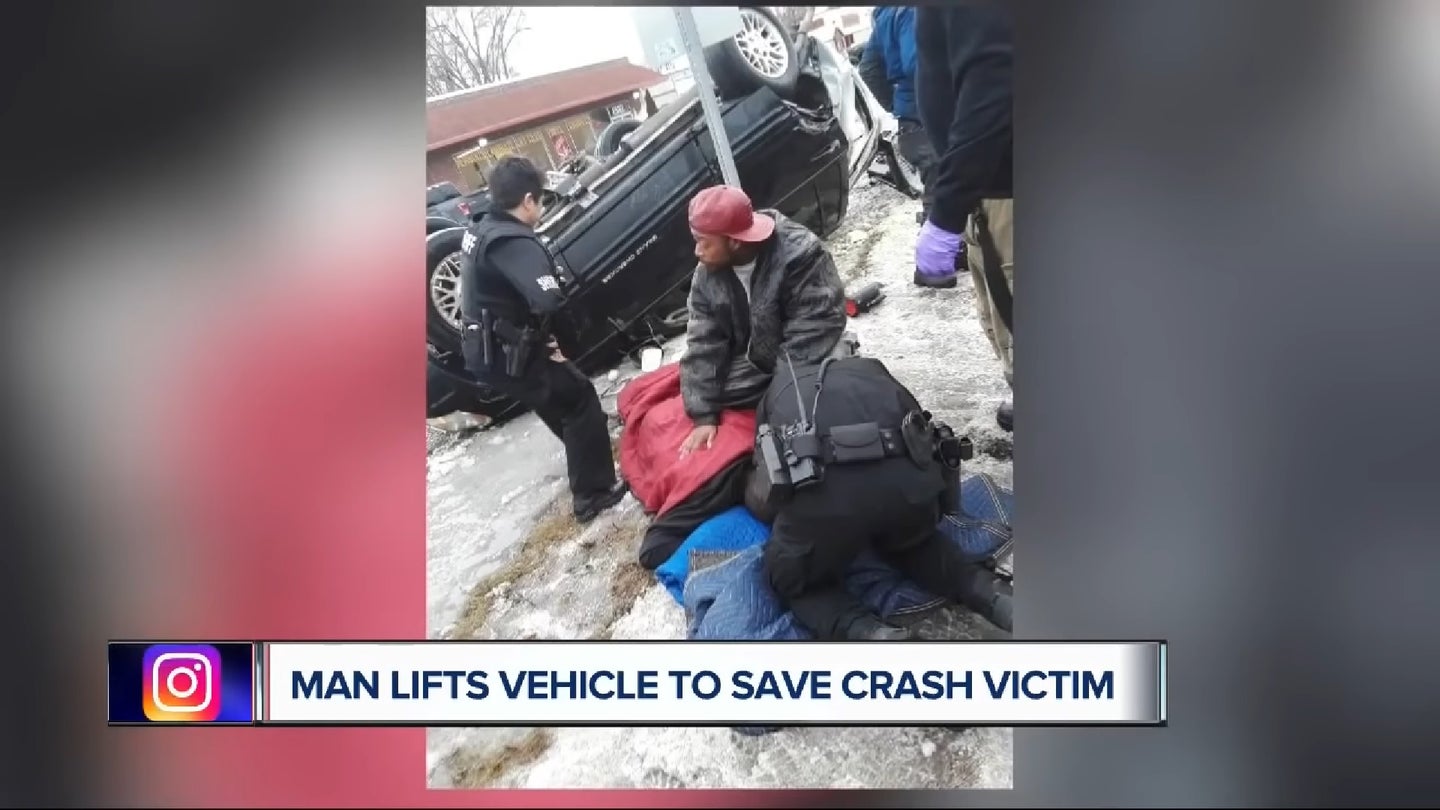 Among the doom and gloom of avoidable wrecks and plant closures, a more uplifting story comes to us from Michigan—quite literally. According to WXYZ Detroit, Ypsilanti powerlifter Ryan Belcher is being praised as a hero after he lifted an entire Jeep Grand Cherokee that had crashed and flipped on top of a man, saving his life.

At approximately 4:30 p.m. Thursday, Belcher was at work on Michigan Avenue when he heard a loud noise and looked outside to see what had happened. "I just hear a big smash and, as I look out, a crowd of people are coming and this vehicle is flipped upside down and my first instinct was to just take off out there," said Belcher.

The black Jeep had crashed into another vehicle and was lying on its roof, on top of a man. "Half of his torso was outside of the vehicle and the other half was still underneath in the vehicle," the Michigan strongman said. "I had no other choice. It was either save a man or not believe in myself. So I just reached in and did what I had to do."

In short, it was Belcher's time to shine.

The SUV Belcher lifted off of the man appears to have been a WJ-generation Grand Cherokee, a vehicle that can weigh anywhere from 3,800 to 4,300 pounds depending on trim. "What's weird is it's easier for me to not know the weight," Belcher remarked. "I just lifted and started pushing the vehicle as hard as I could."

In a Facebook post, Belcher got to meet the man he helped at the hospital. Unfortunately, the man has been paralyzed from the waist down but medical professionals apparently said that if it weren't for Belcher's actions, the man would've lost his life. "I cried as he told me that today, I never thought I'd impact someone's life like I did," Belcher wrote. "He just doesn't know yet how much he has truly changed mine!"

The other car involved reportedly sustained front end damage while its driver suffered serious injuries but is expected to survive.

The moral of the story? Get off the internet and hit the gym. It might just save a life.