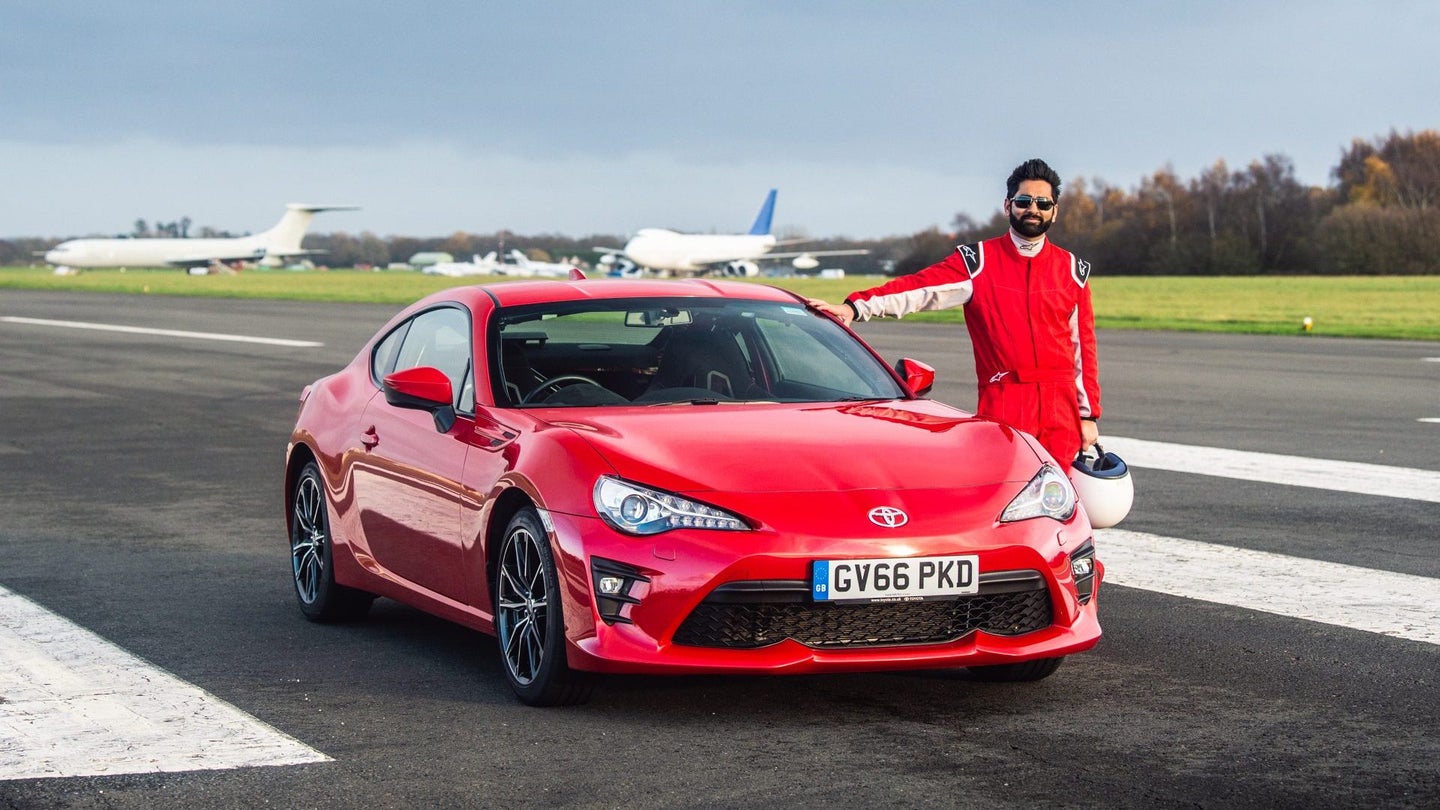 Former NHS emergency first responder Dr. Amit Patel suddenly and completely lost his sight in 2013. While his life-saving days may be over, he's traded in the ambulance for a certain red Toyota GT86 from the world's most famous car show: Top Gear. Move aside James McAvoy, because Patel piloted the show's Reasonably Fast Car around the show's famous Dunsfold test track in 1:46.58, which would put him ninth on the show's celebrity leaderboard.

In addition to the significant visual handicap, Patel had to make up for the added weight of his driving instructor. Riding shotgun was Mark Watkins, a performance driving instructor with experience working with the visually impaired. "Amit was immediately natural behind the  wheel," said Watkins. "What impressed me all the way through was how he was just so smooth."

"Being on the Top Gear test track, driving the GT86, dream come true," said Patel. "You know, you always imagine doing this in a Reasonably Fast Car. You watch Top Gear and you kind of think, 'Oh, I can do better than that,' but the fact that I'm actually doing this as a blind person is incredible."

Watkins acted as Patel's eyes, delivering verbal instructions throughout the day at Dunsfold as well as during a preliminary test session in a Yaris, days prior. It's also worth noting that Watkins didn't have an extra brake pedal tucked in his footwell either like you'd find on a driver's ed. Corolla. One-hundred percent of the GT86 was under the control of a man who doesn't even know what the front of this car looks like—the sports coupe's facelift only came in 2017.

"It's been six years or so since I’ve been behind the wheel of a car," said Patel. "But it's funny how things come back to you—the sound of the engine, the gear changes, the clutch, and the brake. But then driving, and not knowing where you’re driving, that’s the insane part."

This rally in India is trying to break societal barriers for people with disabilities.

Lack of sight hasn’t stopped the 73-year-old Jones from becoming a master of his craft.