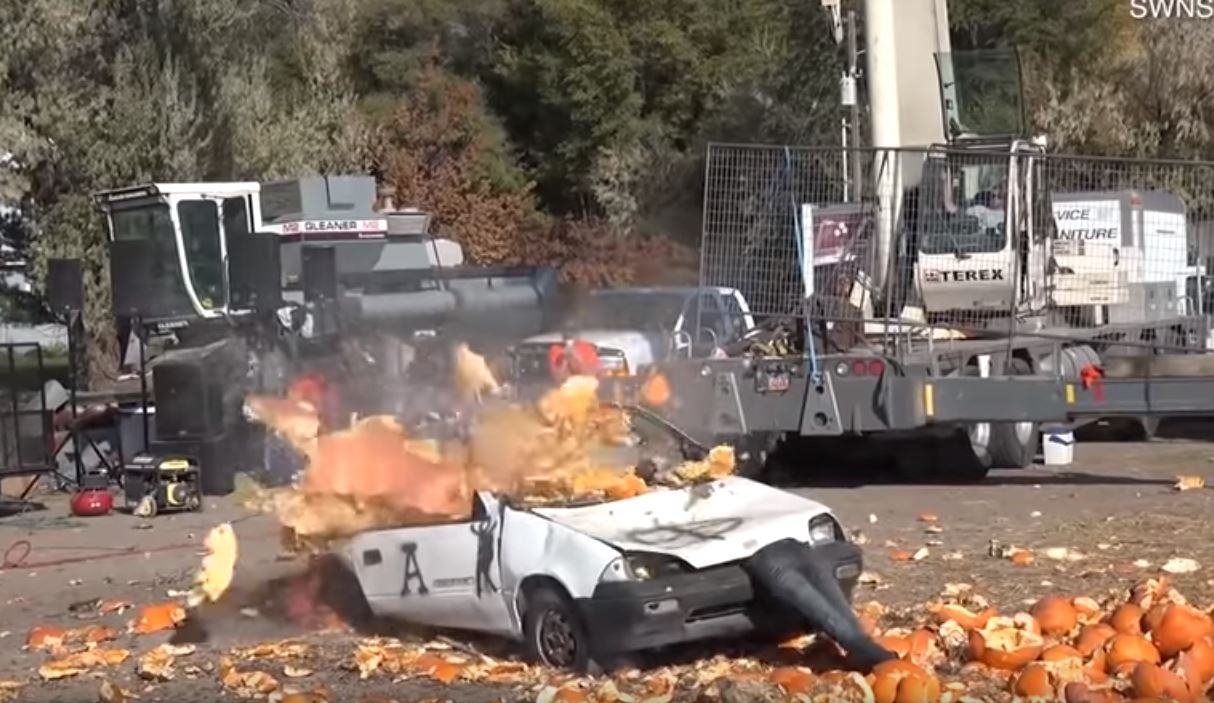 Over 6,000 people gathered in Utah this past week to celebrate Halloween in a most unusual way. The state's Giant Pumpkin Drop is a different kind of harvest festival, which sees giant pumpkins hoisted up by cranes and dropped on everything from old furniture to mannequins to a poor, defenseless Geo Metro.

The event is organized by Kyle Fox, who also procured all of the pumpkins, as well as the items smashed. In his words, "we'll smash anything and everything, from swimming pools to cars to refrigerators. It's pretty spectacular to see a giant pumpkin dropped from 175 feet. We've grown these giants for a number of years. To see a hundred jack-o-lanterns falling from the sky, it's pretty cool." Sounds like a good time to us.

The Geo Metro may not be many people's dream car, but in an era of rising gas prices, they can be considered somewhat desirable by minimalist, penny-pinching motorists. Owing to a low curb weight—just over 1,600 pounds—and fuel-sipping three-cylinder engine, they're capable of delivering over 40 miles per gallon for a small fraction of the cost of a newer hybrid.

While most cars would hardly be a match for a 1,060 pound pumpkin dropped from 175 feet, the poor little Geo never stood a chance. Going down in a blaze of glory and covered in pumpkin guts, the now-squashed hatchback ended its service life having brought smiles to the faces of over 6,000 bloodthirsty pumpkin enthusiasts. "At the end of the day, it's about breaking something and having fun. We just want to make people smile,” said Fox.

Police even had to shut down a street to gather up the unusual (and dangerous) objects.