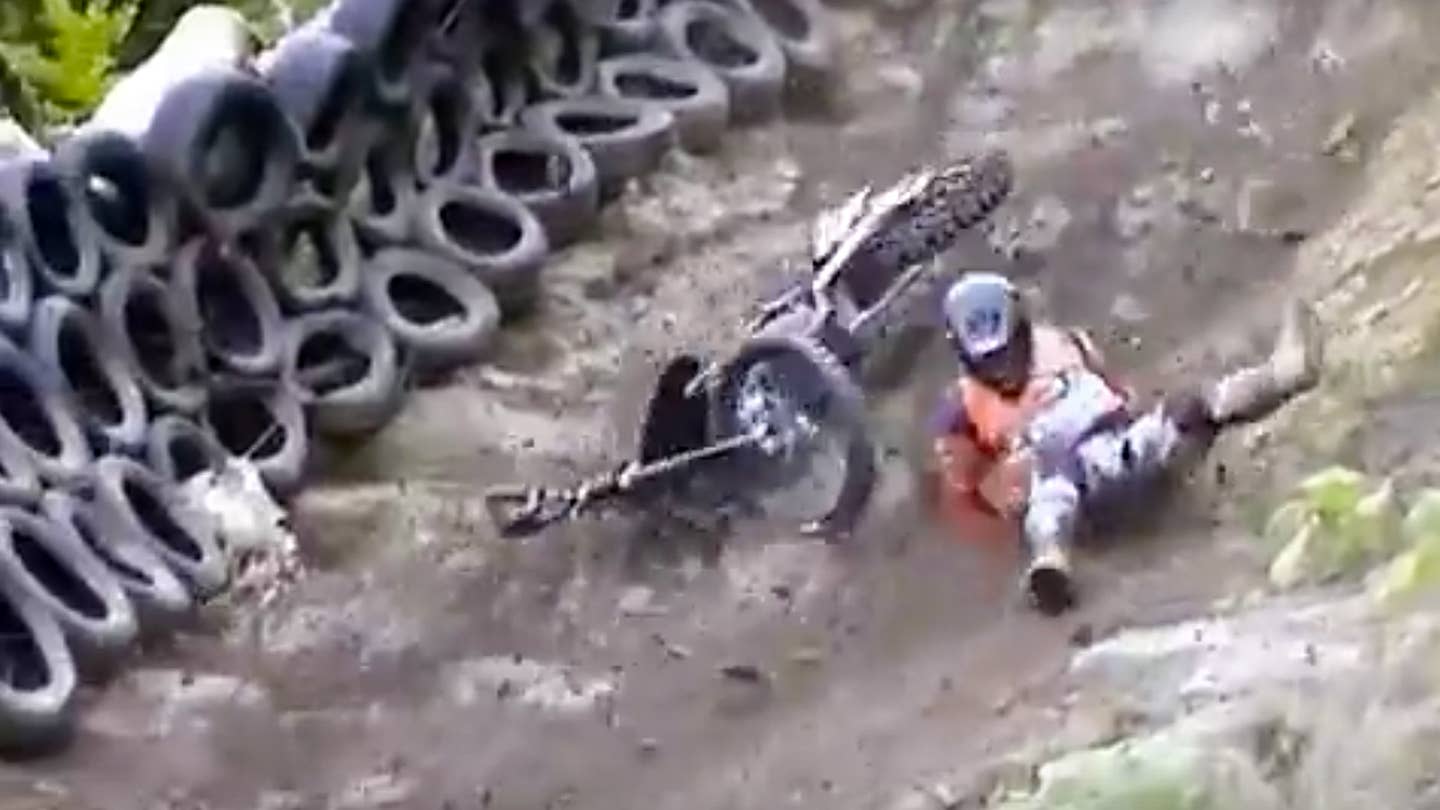 Consider this epic dirt bike hill climb compilation an Internet twofer: it's both a #flashbackfriday and an #epicfail. Or, to be more accurate, a long, beautifully entertaining supercut of epic fails.

The video, which comes from a Belgian hill climb competition way back in 2010, features a lengthy series of talented motorcycle and quad riders attempting to conquer a steep slope—only to come up short (sometimes very short). For the most part, it's not so much the angle of attack as the sudden transition from grippy dirt to hardscrabble, misshapen rock that seems to throw the riders off, both literally and figuratively, but they're tossed all the same. Some see defeat snatched from the jaws of victory only feet from the finish line; other barely get up enough steam to start up the hill before flopping out of the saddle. But sooner or later, gravity sinks its Newtonian claws into each and every one of them, pulling them off their rides and back down to Earth.

The real threat, though, comes not from being thrown off the bike—the riders are going far too slow when they wipe out for anything worse than a bruised elbow—but from being ravaged by their mangled motorcycles as their steeds flop uselessly down the ridge. Weirdly, watching the riders scramble about with primitive terror as they try to escape the path of the runaway machines is just as entertaining as seeing them try (and fail) to reach the top. (Don't worry—nobody was injured, at least according to the video's comments.)

And because forewarned is forearmed, we wanted to give you a heads-up: The video is 13 minutes long. If it starts to get monotonous at any point, here's a pro tip: Put on Marvin Gaye and Tammi Terrell's "Ain't No Mountain High Enough" in the background. It unlocks a whole new level of magic.

So the British Hill Climb Champion is Freakin’ Bonkers…