Profits Are Up at Harley-Davidson, But US Sales Continue to Slide 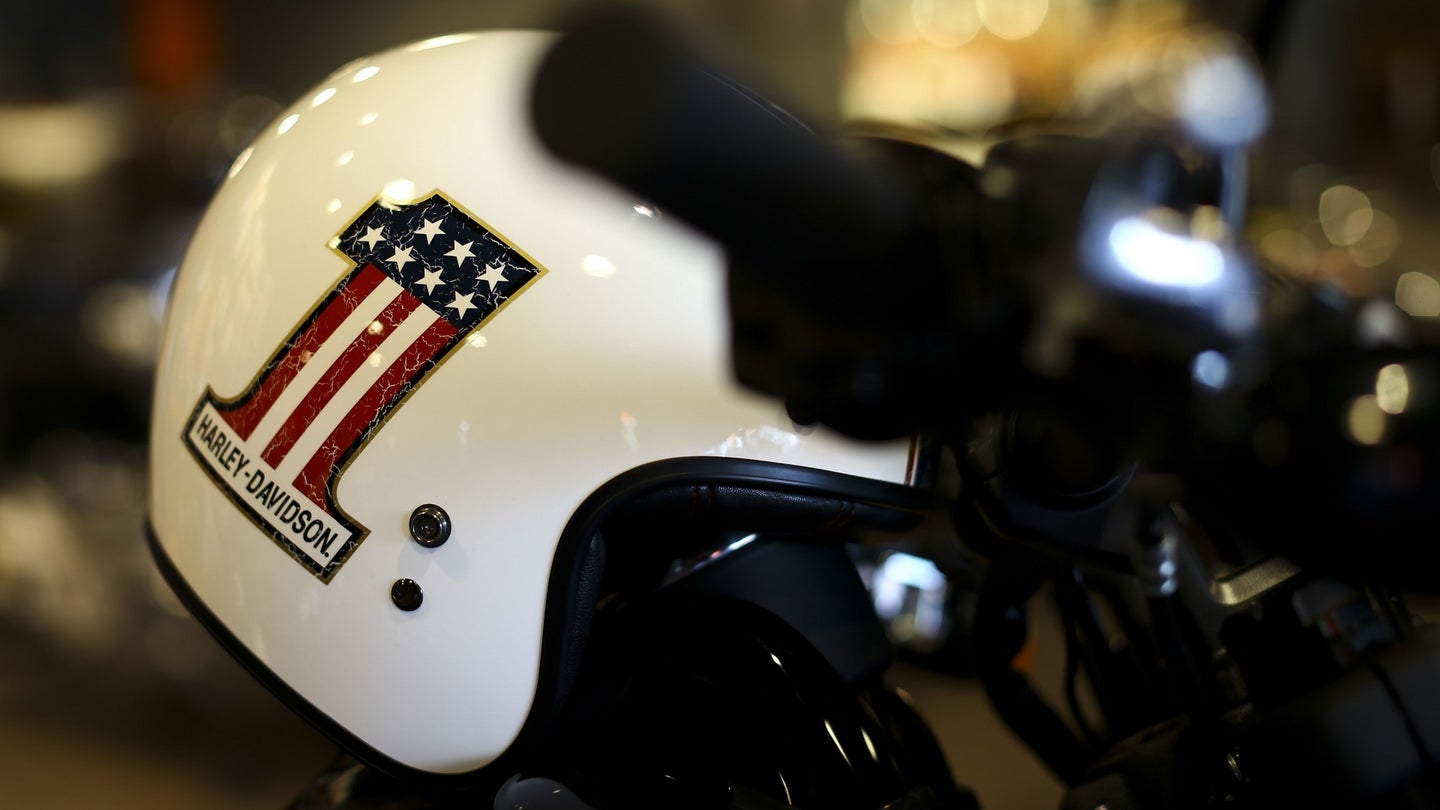 More good news and bad news for Harley-Davidson in its third quarter financial report released on Tuesday morning. The good news is that revenue, net income, and earnings per share are all up compared to last year. The bad news? Its U.S. sales are down a not-insignificant 13.3 percent, which dwarfs the small growth seen in international markets. Overall, its worldwide third-quarter sales were down 7.8 percent.

Not surprisingly, H-D notes that its lower U.S. sales are part of an ongoing industry trend: weak sales for big bikes. Then again, Indian Motorcycle managed to eek out single-digit sales growth in the same time period. Partly because of that shifting balance, H-D’s domestic market share in 601+cc motorcycles has fallen to 50.9 percent for the quarter—which is obviously still a pretty dominant position.

"As we manage our business with resilience in a challenging time in our history, we are leveraging our strengths for a more promising road ahead," Harley-Davidson President and CEO Matt Levatich said. "We are investing to build the next generation of Harley-Davidson riders and we are optimizing our business to drive profitability and cash flow."

Speaking of market share, H-D is up a slight 0.8 percent in Europe, bringing it to 10.4 percent. It's doing even better in Latin America at 11.8 percent, while the Canadian and Asian-Pacific markets are more of a mixed back. H-D’s Parts and Accessories segment isn’t doing so hot either with its revenue going down 7.2 percent. Also, the General Merchandise department (t-shirts, teddy bears, paperweights, etc.) lost 19.8 percent last quarter.

Okay, those are a lot of sales stats. Now, how did Harley-Davidson manage to make more money while its domestic sales tanked in the double digits? Obviously, the slight increase in international sales helps, but there are a few other reasons from what we can tell in the financial report. For starters, H-D’s tax rate is down pretty significantly compared to last year, from 33.2 to 23.1 percent. This is primarily thanks to the 2017 Tax Cuts and Jobs Act.

Harley-Davidson can also trace its revenue growth to higher profit margins on the bikes that it is selling; gross margin is up 2.4 percent. H-D is notorious for rarely offering discounts and just like in the car business, a bigger and and fancier bike typically offers a higher profit margin for manufacturers. Also, Harley-Davidson Financial Services is doing well with customers paying their bills, and its operating income has grown by 8.7 percent. Combined with some strategic cost-cutting, all those factors contributed to some decent earnings in the last quarter.

Despite retail sales being down, Harley-Davidson’s motorcycle shipments are up 16.7 percent year-over-year. The balance of those shipments favors expensive, high-profit touring bikes, which made up 45.7 percent of the quarter’s shipments—more than double the number of Harley’s more affordable Street and Sportster lines. With sales down and shipments up, this could cause inventory issues for dealers that are being shipped more bikes than they can sell.

Harley-Davidson stock (NYSE: HOG) saw as much as a 6.7 percent drop in its stock price on Tuesday amid word of a newly-announced voluntary recall of over 238,000 motorcycles worldwide for a clutch issue. Despite the relative strength of Harley’s Q3 earnings report, the long-term drop in U.S. sales and market share can’t be ignored by investors.

With U.S. sales down so much, we can’t help but wonder if President Trump’s trash talking of Harley-Davidson over its decision to move some production overseas actually had an impact on its business. With Indian Motorcycle continuing to gain momentum in the market, it will be interesting to watch how the balance of the American motorcycle industry changes going forward.