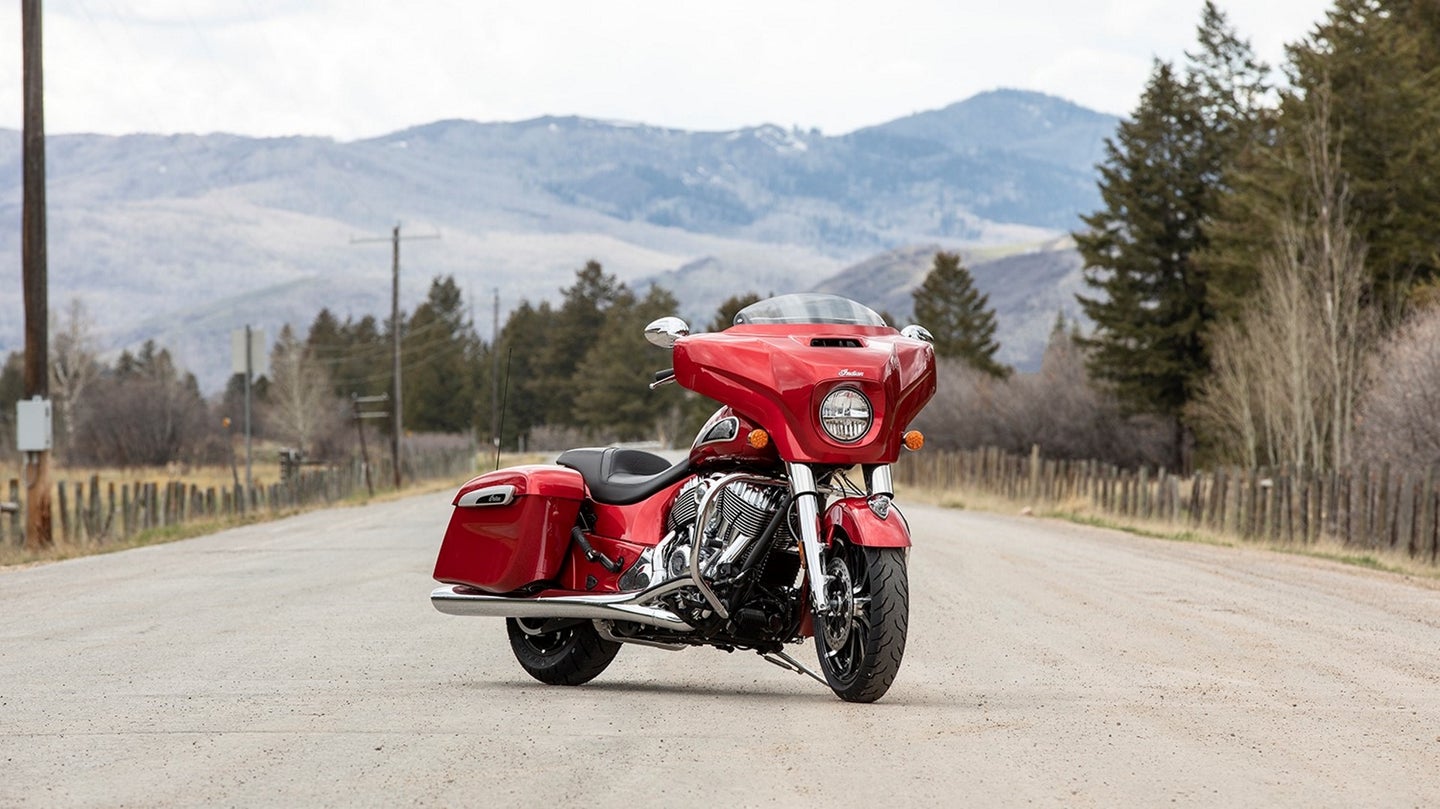 Remember back in June when President Trump was railing against Harley-Davidson for moving some of its production overseas and blaming it on tariffs? At the time, we wondered if a few newly-aggrieved Harley owners would wind up switching to Indian as a result. Well, it looks like that might already be happening, according to a new financial analysis highlighted by Fox Business.

BMO Capital Markets analyst Gerrick L. Johnson reports that Indian Motorcycle dealers have seen an increase in Harley-Davidson trade-ins over the three months following the production shift announcement—which lines up with the third sales quarter of the year. There are various forces at work here, and while Johnson notes Polaris would much rather highlight the strength of its products, it seems likely the president's comments have had at least a small impact.

“The overlap between Donald Trump supporters and Harley riders is significant. Thus, it’s disconcerting to have the President call on these consumers to boycott the brand,” Johnson said, according to Fox Business. “In response to new European tariffs on American motorcycles, HOG may have had the right financial intentions but the way it communicated its strategy was a public relations debacle.”

Johnson paints a mostly gloomy picture for H-D, going on to say that Indian Motorcycle has become a “bigger threat” than expected. It’s not hard to see why, considering Indian’s fresher, more modern lineup from the Scout line to the heavyweights. Then there's the growing hype around the recent unveiling of the 2019 FTR 1200, a street bike inspired by the FTR750 flat track racer. Johnson says the pace of these Harley trade-ins is also accelerating

As for the president's connection to all of this, it’s hard to ignore Trump's calls for boycotting H-D as recently as August and his indirect cheerleading of Indian by patting “Harley competitors” on the back. Just don’t tell him Indian will build FTRs in Poland for international markets.

"While President Trump’s assessment of [Harley-Davidson’s] actions in his tweets were often factually inaccurate, the damage has been done,” Johnson said. “Dealers are feeling an impact, and we find that the impact has become more acute over time... It should be disconcerting to [Harley-Davidson] investors that most Indian dealers we speak with are seeing an uptick in Harley trade-ins for whatever the reason may be."

BMO has downgraded HOG stock from “outperform” to “market perform” and lowered its price target from $52/share to $45. At the time of this writing, it’s under $40. Polaris released its Q3 financials this morning that showed a slight increase in Indian Motorcycle sales, while H-D’s financials are out tomorrow. When we have all of the numbers in front of us, we’ll have a little clearer of a picture of how this David vs. Goliath fight is really shaking out.