Even the range-topping A-Spec trim gets a $3,550 price drop. 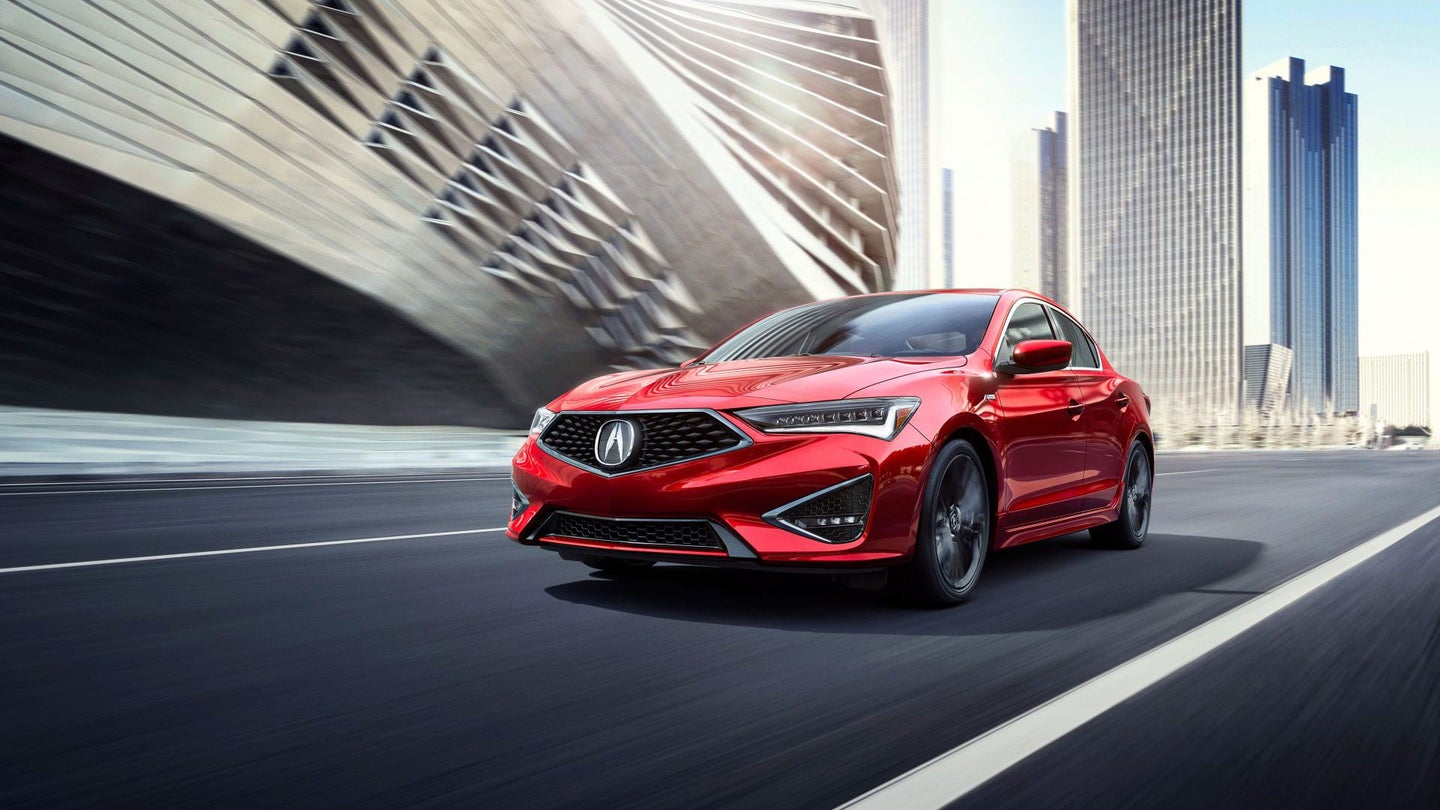 In addition to a new look and more tech, Acura's entry-level sedan will also be getting a significant price drop. Starting at $25,900 before a destination charge, the 2019 ILX will be $2,200 cheaper than last year's model.

The refreshed ILX will also get an A-Spec trim which adds darker chrome trim, LED fog lights, a small spoiler, gray 18-inch wheels and will set you back $29,650. Opt for the top-of-the-line A-Spec with Technology Package, however, and buyers can expect a $31,550 bill—$3,550 less than what you would've paid previously, Acura notes.

"The critical mission of ILX is to bring new buyers into the brand, and our entire product and pricing strategy reflects that focus," said Acura vice president and general manager Jon Ikeda. "We believe that what we've done with ILX from a design and technology standpoint, together with aggressive pricing, will strengthen its position as our gateway sedan and as a segment leader in terms of attracting millennial buyers."

This being the ILX's second refresh, this car in its current general form has been around since 2012 and is based on the previous-generation Honda Civic. If nice-ish, compact Honda sedans are your bag, we couldn't help but think that a Civic Si might be the immensely better buy given its general greatness and $24,775 price tag. Then again, the Si doesn't come with leather or an automatic transmission, so there's that.

The 2019 Acura ILX will be powered by a 201-horsepower, 2.3-liter engine hooked up to an eight-speed dual-clutch gearbox. It will arrive in dealerships Oct. 10.