Only you can prevent forest fires by not stunting like a fool. 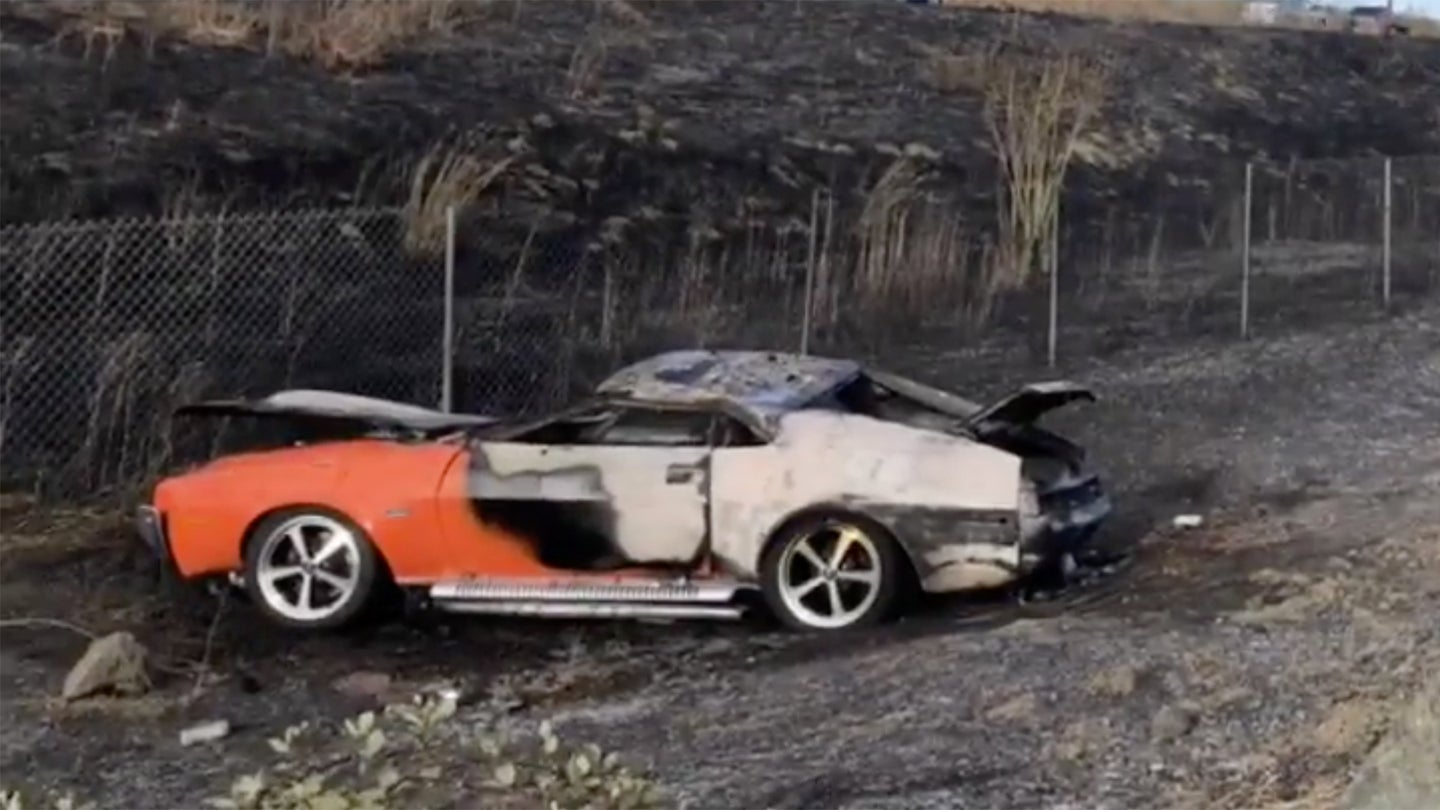 Leaving a car show can be a perilous moment. Cold tires, all that pent-up horsepower, and the temptation to show off have done in drivers and innocent bystanders alike, but this crash involving a late-Sixties AMC AMX in California over the weekend just might be the first time we've seen that combination culminate in a small wildfire.

KCRA News reports that the unidentified driver had just left a car show in Fairfield, California on Saturday and was driving on a frontage road next to Highway 12 when he lost control and rolled his classic muscle car into a ditch. He escaped uninjured—which is frankly amazing considering the way the AMX's roof crushed in—but the vehicle quickly caught fire and ignited the dry grasses surrounding it.

The blaze quickly burned through five acres of brush and forced the closure of the highway in both directions before the Fairfield Fire Department was able to get control of the situation. Fortunately, no structures were destroyed. A quick check of the burn area on Google Maps shows it was mostly contained by surrounding roadways, though its location directly in front of the city's large Anheuser-Busch brewery was cause for concern.

The brewery was hosting a charity car show on Saturday, and several attendees posted pictures of the doomed AMX on social media as it stood proudly on the lot—the lowered suspension and side pipes hinting at lot more than your average restoration. While there's no video of the crash itself, unconfirmed reports on Facebook say the driver was doing a burnout when he lost control.

We're not here to point fingers without evidence. It's just a good reminder that even a single car crash on an empty road can have secondary consequences.