Call in the 'copters, get out the thermal imaging guns: there's a mythical beast about. 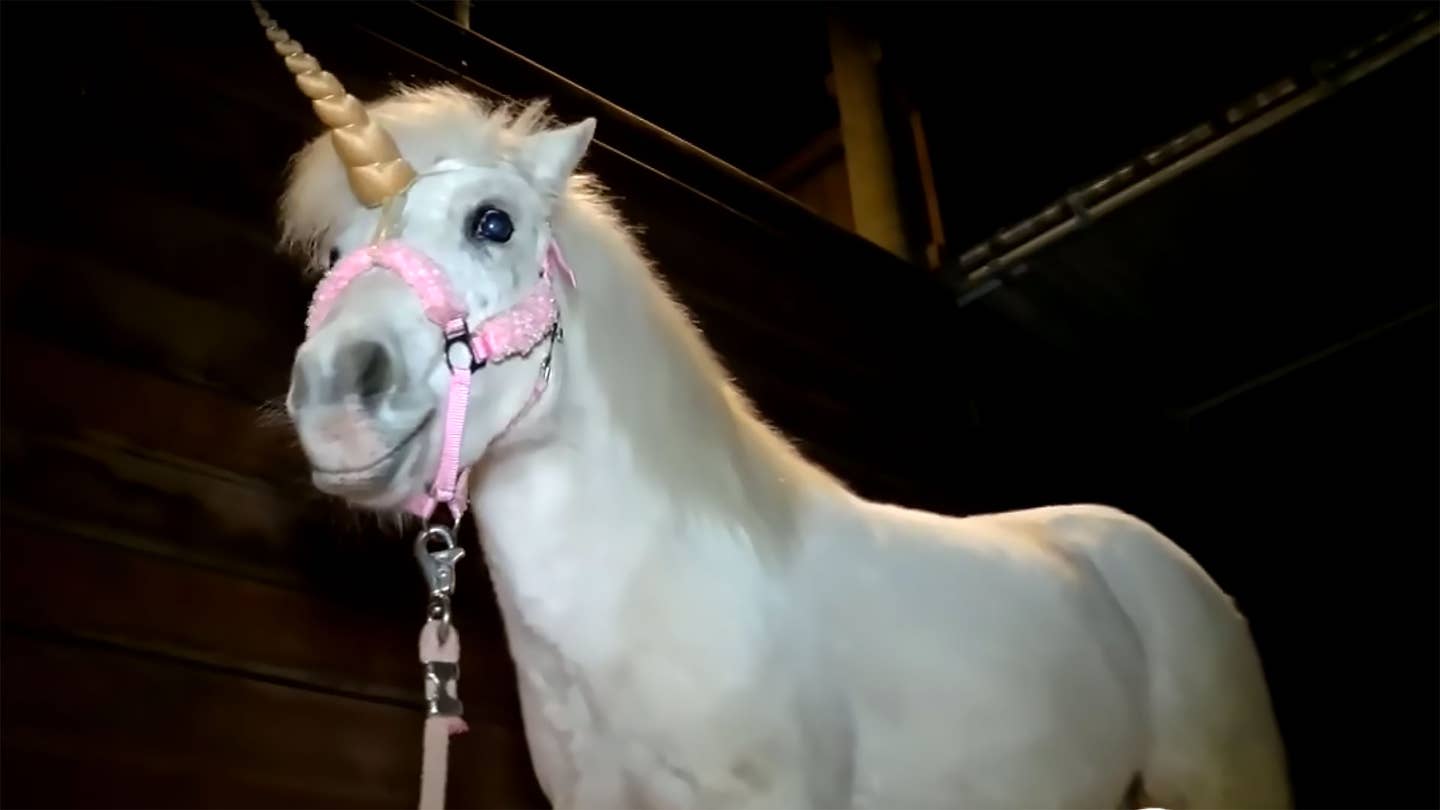 What began as a typically light-hearted California beachside photoshoot ended in children's tears after a unicorn rented for the event trotted off into the streets of Madera Ranchos. The unicorn—in fact a horn-festooned pony named Juliette—may have been dissatisfied with her treatment at the hands of the children, a population known to become insane at the sight of anything with hooves. The pony's owners, after giving fruitless chase, alerted the California Highway Patrol to the situation; CHP spent a similarly futile afternoon pursuing the seemingly mythical quadruped.

Ultimately, ChiP decided that wrangling Juliette, minion of the angels, would require the big guns. Specifically thermal-imaging guns wielded from Highway Patrol helicopters. Despite unicorns' famously cool, mercurial blood, the tactics worked. Juliette, still be-horned, was lured out of a citrus orchard by a Madera Ranchos resident using a different horse. Bewitched by equine pheromones, horsey lust and, perhaps, gentle prodding from on high, Juliette was led back to her stable. In a fitting ending for a unicorn story, love won the day.