It has a 6.7-liter turbodiesel V8 that makes a reported 700 horsepower and presumably enough torque to reverse time itself. 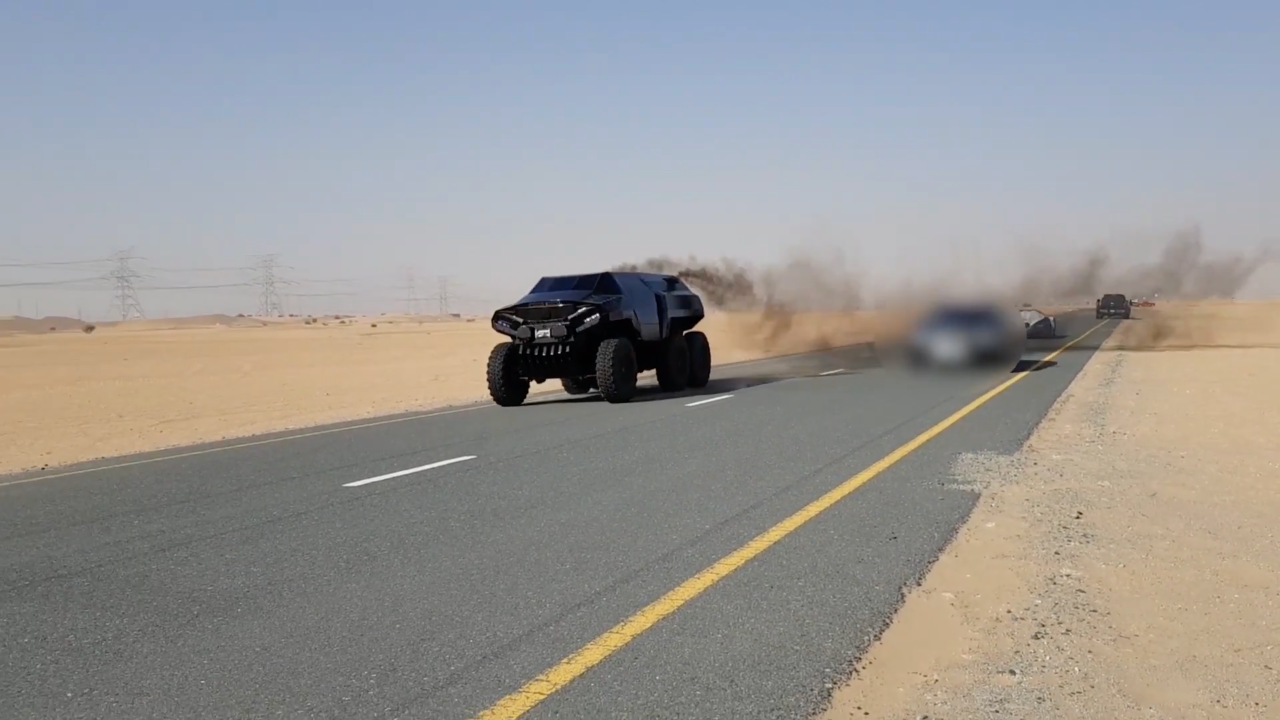 Ever heard of the Devel Sixty? It’s a sibling of the 5,000-horsepower, vaporware Devel Sixteen hypercar. The Devel Sixty is an outrageous super-SUV thingamajig with a 6.7-liter turbodiesel V8 that makes a reported 700 hp and presumably enough torque to reverse time itself. This power is enough to push the colossal, six-wheeled stealth fighter from zero-to-60 in an alleged 5.8 seconds.

In a video uploaded to Devel Sixteen's YouTube channel Wednesday, the Sixty is showcased testing this sooty power plant by racing—and beating—a blurred-out Bentley Continental Flying Spur. Spinning all six of its tires at launch, the Sixty literally smokes the Bentley in both depicted races. What is not clear is whether the Bentley's driver was even accelerating at full throttle during the race, as its acceleration appears casual relative to the tire-screeching Sixty. Even if the Bentley's driver was sandbagging to reflect positively on the Devel, it can't be denied that the Sixty hauls like nothing its size should.

"The production version of Devel Sixty will be as fast as the concept but with minimum exhaust emission," says Devel in the video's description.

Bringing the vehicle into emissions compliance will be important for Devel, which claims the Sixty will be built in America, where states are gradually banning the silliness known as "rolling coal." Should it be sold stateside, it should have little in the way of competition in the market of fast ultra-luxury trucks. We can think of one Dodge Ram-based example that may also fight to dip into the pockets of the ostentatious and wealthy.