The Lexus boss also gives his take and non-take on spindle grilles and Toyota’s new Supra. 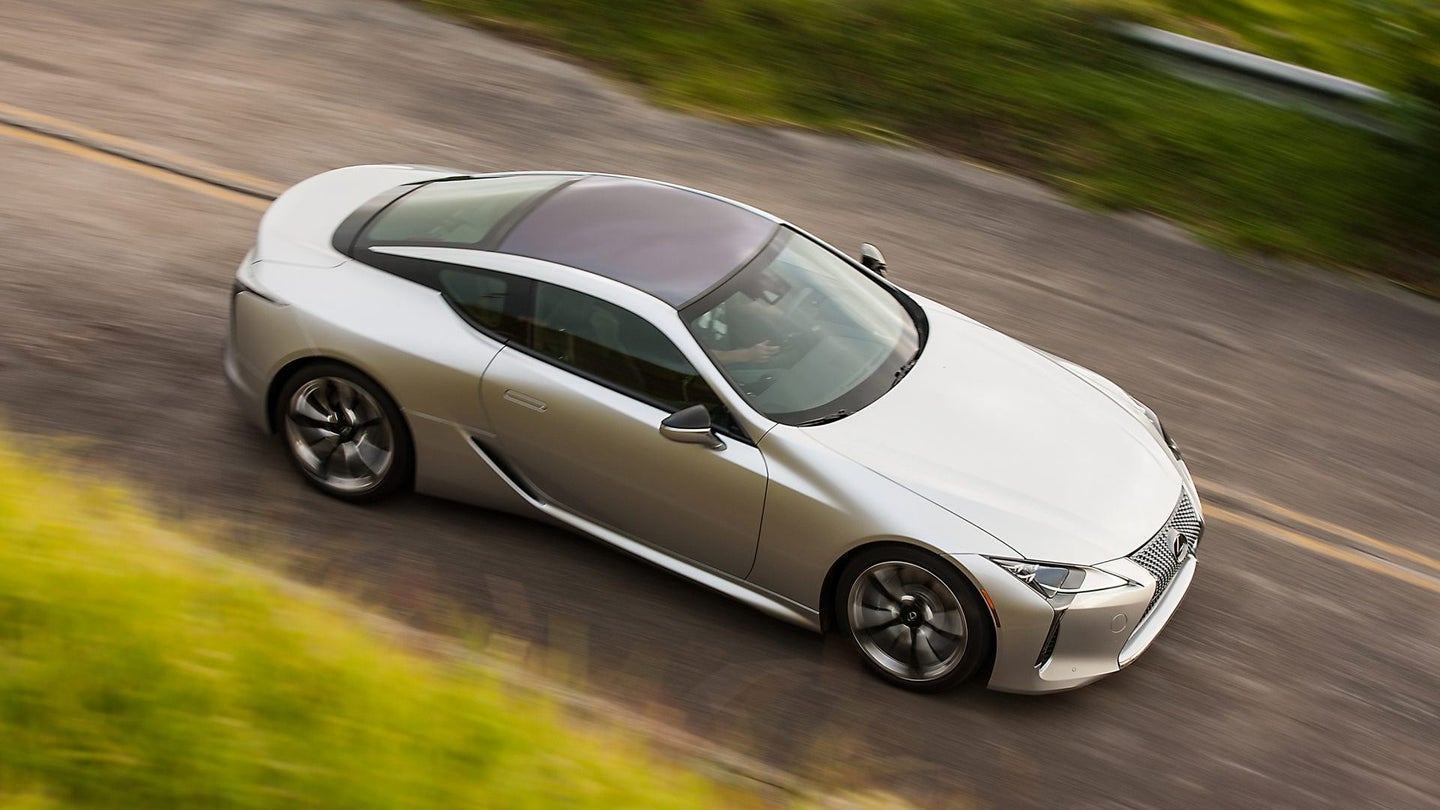 While the performance machines of Lexus's F division remain two of the few remaining new cars rocking naturally-aspirated V8s, the old-school-only attitude at Toyota's luxury go-fast branch might be coming to an end. In an interview with Auto Express at the Goodwood Festival of Speed, Lexus president Yoshihiro Sawa hinted at the future of F, saying it could soon offer cars with electrified powertrains including a possible bespoke, hybrid grand tourer. Hybrid LC F, anyone?

"F is very important; with F we have to think of our own original way," Sawa told Auto Express. "One solution could be a pure F GT car, which could be a hybrid with an electric motor and a strong engine, giving a different kind of drive feel."

Lexus currently sells the LC 500h which is definitely a hybrid grand tourer but not a pure F car. Previous reports have pegged an upcoming LC F to get 600-plus horsepower from a twin-turbo, 4.0-liter V8, no electric motors needed.

"We don't stick to V8, V-10, twin-turbocharged; they're important but we're looking at the future. We'd like to find a way to connect to the next era."

That being said, Sawa goes on to express wariness over the long-term appeal of fully-electric vehicles.

"I think that now, we're in a transitional period. At this moment people say EVs are trendy but three years later, who knows? People like the sound, the dynamics [of combustion engines]. I think we cannot stick to the one solution when it comes to providing emotion."

Auto Express also took the opportunity to ask the Lexus boss about the company's controversial spindle grille. While he concedes that the design has been divisive, strong sales dictate that he isn't too concerned.

When probed over whether Lexus would be leveraging its parent company's upcoming Supra platform into a sports car of its own, Sawa wouldn't comment.

We've reached out to Lexus for further comment and will update this story if we hear back.

UPDATE: In an email to The Drive, a Lexus spokesperson declined to comment but said the company would keep us posted on any new information.

Is it supposed to be big and luxuriant or sporty and nimble? Uniquely high-tech or easy to use? Stately, or aggro? The answer seems to be: Yes?