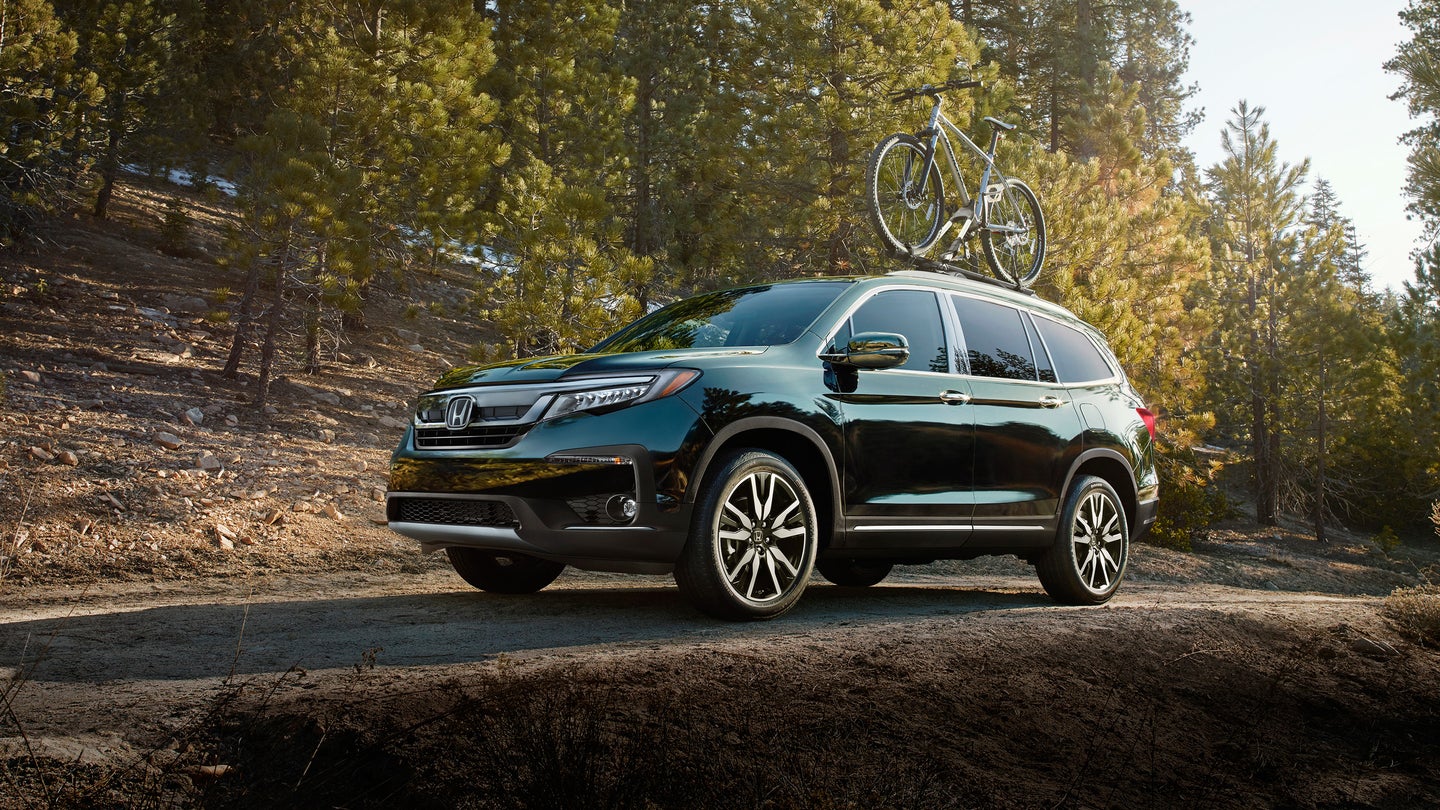 Year Make Model: Shopping for a new crossover? While there are lots of new compact options on the way from Toyota and Subaru, Honda is enticing buyers looking for something bigger with the updated 2019 Honda Pilot.

Topline: The third generation Pilot, which was released in mid-2015 as a 2016 model year, has received a number of refinements to keep up with appearances.

What's New: On the outside, the Pilot's revised front fascia sports new headlights, bumper, and grille. Cabin changes include a new instrument cluster, restyled infotainment touch-screen display, which now uses a physical knob to adjust volume, as well as a new steering wheel. The refreshed people-carrier also gets lots of new technology features such as Qi wireless charging for mobile devices, in-car WiFi, and more. Honda Sensing, an advanced suite of safety features, is now standard on the Pilot as well. What were once optional features offered by manufacturers are becoming standard to provide buyers with a peace of mind when it comes to their safety. Competition wise, the similar Toyota Safety Sense is standard on the 2018 Highlander.

Quotable: "The many upgrades reinforce Pilot's fundamental capabilities while augmenting the state-of-the-art technology and family-friendly character that has made it one of the most popular midsize three-row SUVs,” Honda said in a press release. “Pilot also remains one of the few models in the segment to offer eight-passenger seating."

What You Need to Know: Under the hood, the Pilot will retain its 3.5-liter V6 which is good for 280 horsepower. The mid-size SUV has been a heavy hitter for the carmaker, selling in the hundreds of thousands annually. First introduced in 2002, the three-row Honda replaced the less favorable Passport. The 2019 Pilot will go on sale on July 16.

How Well Does 'Tall Will' Fit in the 2018 Honda Accord?
The Drive
MORE TO READ