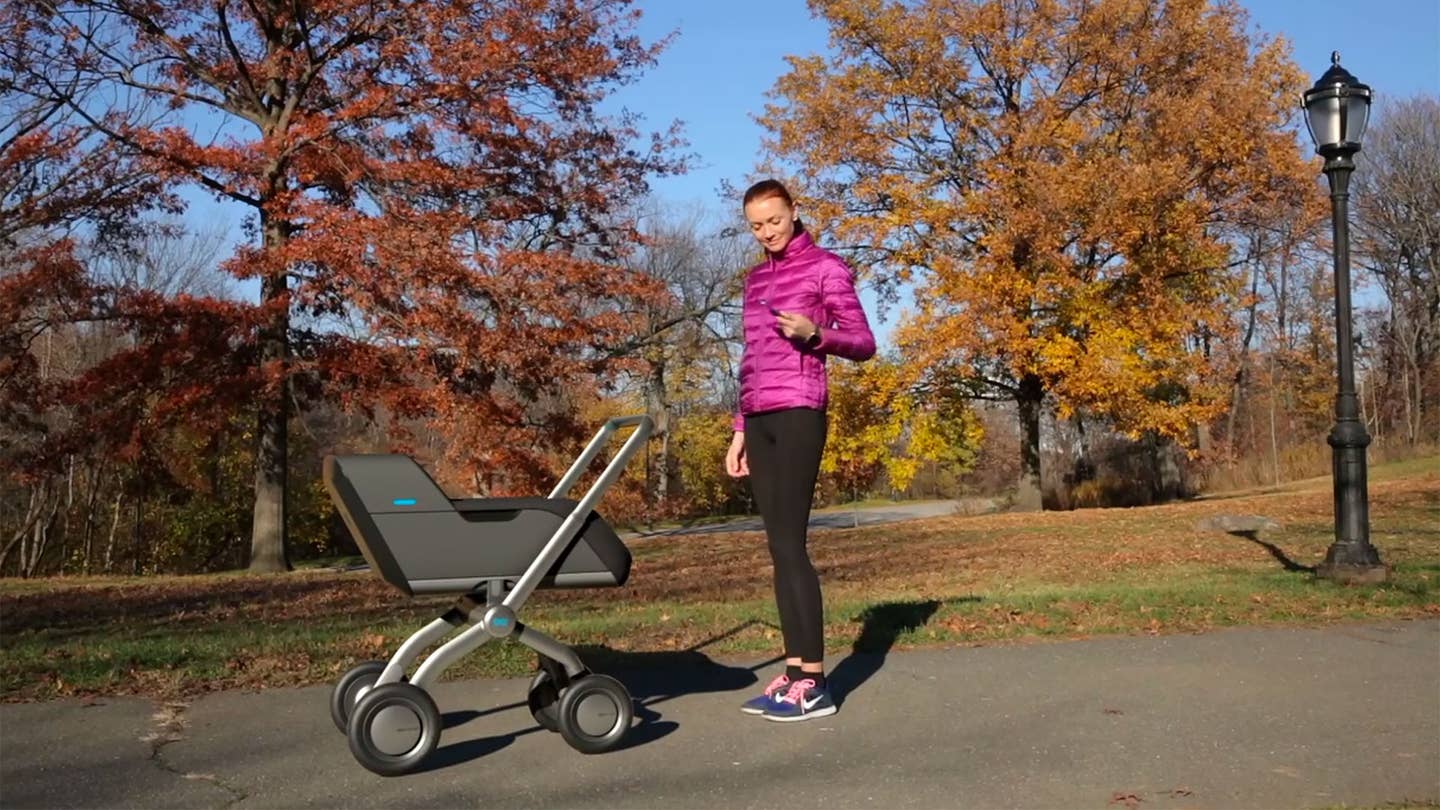 There’s a good chance today’s babies will grow up in a world where autonomous cars have all but eliminated the need to learn how to drive. But why wait that long to expose them to the wonders of self-driving vehicles, when you can throw them into a stroller that’ll drive itself today!

That’s the idea behind the Smartbe Intelligent Stroller, now seeking crowd-funding dollars on Indiegogo. Boldly claiming to be “the first stroller in the world that solves all your needs, as well as your baby’s,” the Smartbe is effectively linked via an invisible leash to the smartphone in its owner’s pocket. Mom walks forward, Smartbe keeps pace. Mom stops, Smartbe stops. Mom walks backward, Smartbe follows—always maintaining roughly the same distance it would be if Mom were actually holding it.

Not ridiculous enough for you? Well, try this on for size: According to the Indiegogo video, Smartbe reportedly will fold and unfold automatically, warm a bottle, and extend and retract its sun shades—all at the touch of a button in the app. Say goodbye to actual child care duties, everyone—the future is here!

The self-driving stroller also would offer an assisted-propulsion mode, where the DC traction motors help the parent stuck with pushing duties. (It can also be pushed around without using the motors, but who wants to do that?)

As of now, Smartbe is 58 percent of the way to its $80,000 fundraising goal. Honestly, we’d mock this self-driving stoller a lot less if the video depicted an actual prototype instead of awkwardly shoehorning low-budget CGI renderings into footage of New York City parents going about their lives.

Baby Zuck Should Have Gone Home in One of These Cars

Max should be swaddled in the safest machinery a billionaire can buy.