Ford isn't the only automaker to be burned by the fire at the plant of its supplier, which feeds parts to FCA and GM in addition to the Blue Oval. 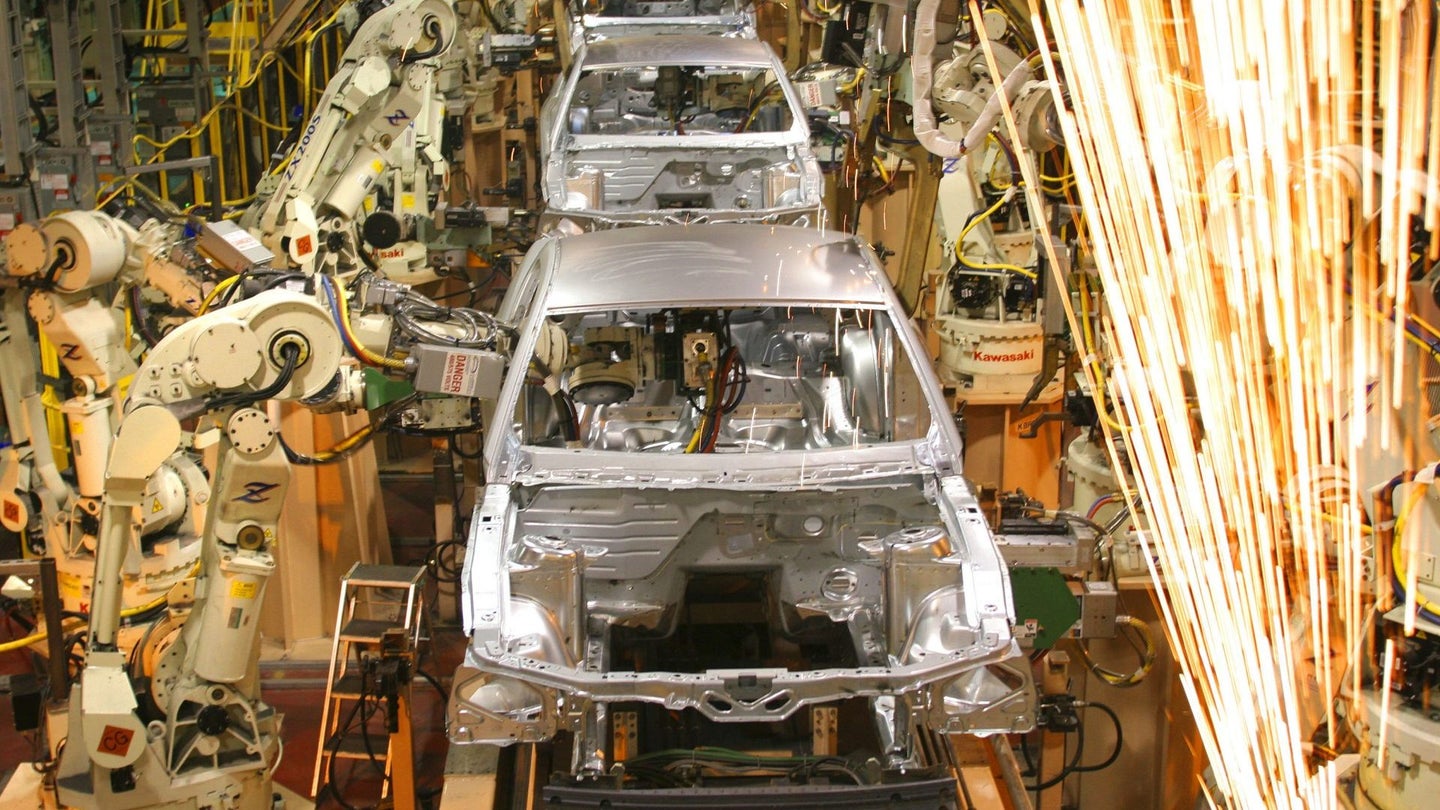 Last week, in Eaton Rapids, Michigan, a fire and explosion forced an evacuation of a Meridian Magnesium Products of America plant. The end of the resulting production shutdown has no ETA, and with Ford's reliance on Meridian for lightweight structural components, F-series pickup truck production stalled when parts stores were depleted.

Meridian is known to supply General Motors, Fiat Chrysler, BMW, and Mercedes-Benz with components, and according to a report by the Chicago Tribune, the affected list of automakers is currently comprised of the former two, both of which have halted production of some of their own vehicles without a supplier to support them.

General Motors has paused production of commercial vans at its Wentzville Assembly Plant in Missouri, which manufactures the Chevrolet Express and GMC Savana. A GM spokesperson confirmed Friday to The Drive that production of the Chevrolet Colorado and GMC Canyon, which are also produced in the Wentzville plant, continues unabated.

"GM has temporarily halted production of its full size vans at GM Wentzville Assembly Center due to a supply chain constraint caused by the May 2 fire at Meridian Magnesium," stated the spokesperson. "GM Purchasing and Supply Chain is working to resume full size van production as quickly as possible."

At Fiat Chrysler's Windsor Assembly Plant in Ontario, Canada, Chrysler Pacifica minivan assembly was also reportedly affected—but not interrupted. Its platform mate, the Dodge Grand Caravan, contains no magnesium parts, and will thus continue production. The Drive received confirmation of this from an FCA official.

"FCA confirms that production of the Chrysler Pacifica at the Windsor Assembly Plant has been impacted as a result of the fire at a Michigan-based supplier last week," stated the FCA spokesperson. "The company is adjusting production schedules as needed to minimize plant downtime, but will make up any lost production. FCA continues to work with the supplier’s team on recovery efforts."

Ford's F-series trucks are among the hottest selling vehicles in the United States, with 287,295 sold so far in 2018. In spite of the production hiccup, reported nationwide dealer stock of close to a quarter million trucks suggests supply will not be an issue for a number of weeks.

Demand for GM's vans and FCA's minivans do not match up to the market's hunger for the F-series. GM Authority reports 28,695 Chevrolet Express and GMC Savana sales in North America as of the end of the first quarter, with April sales unavailable due to GM's switch to quarterly sales reports earlier this year. During the same period, FCA moved 75,723 of the Chrysler Pacifica and Dodge Caravan combined, according to their respective FCA Authority sales pages.

Dealer stock levels for these vehicles are not known at present, so the period for which they will remain in supply is not yet known.