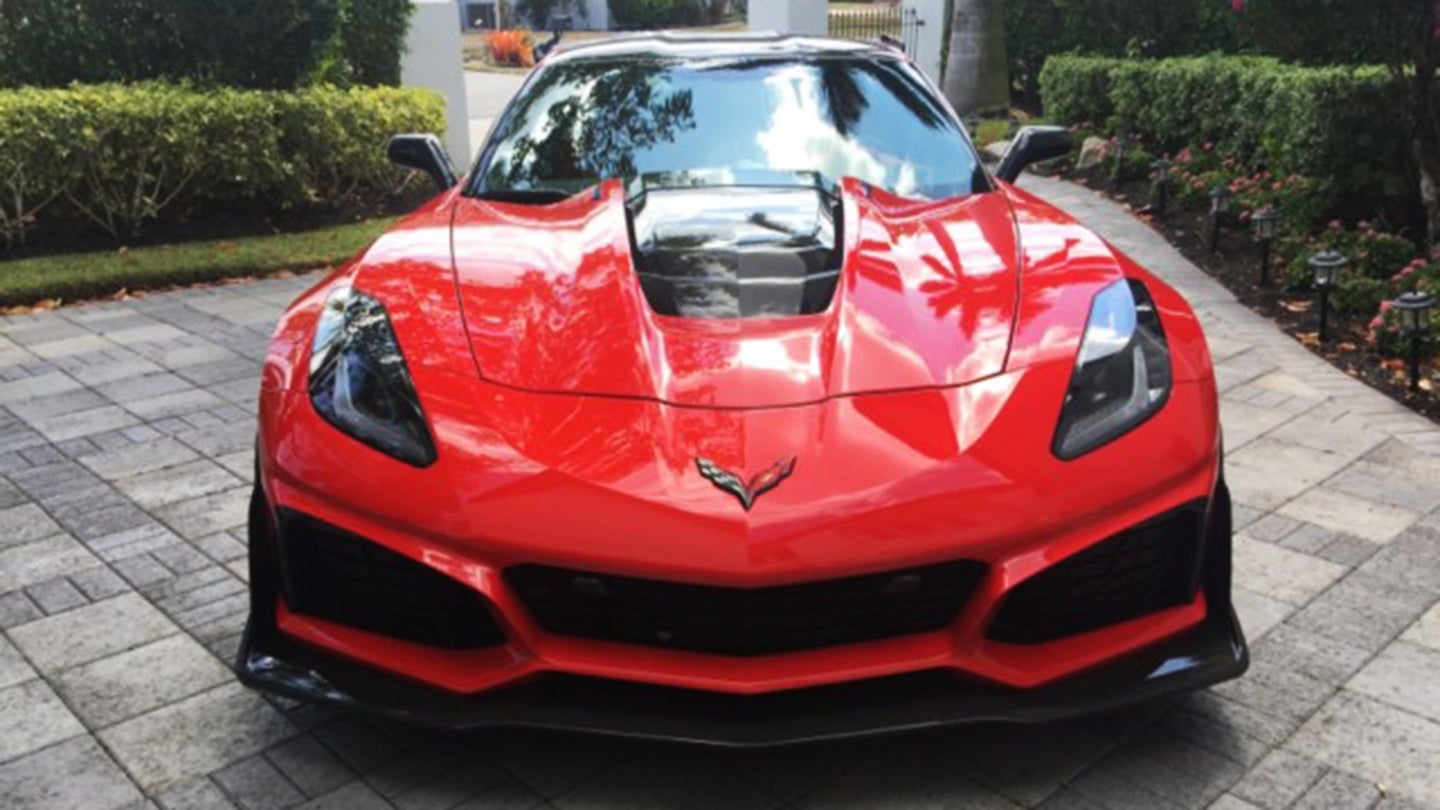 In the world of limited edition, high-performance exotic cars, it's almost a guarantee that more than a few models will get hoovered up by people looking to flip the vehicle and immediately resell it for a tidy profit. Manufacturers have different ways to fight this—Ford GT buyers were required to sign an infamous no-sale contract, for example—but it appears no such safeguards surround the launch of the 755-horsepower 2019 Chevrolet Corvette ZR1, which can now be yours in the used car market for the low, low price of $198,000.

Chevrolet is only building 200 ZR1s per month, so demand for the ultimate performance Corvette has far outpaced that limited supply. Dealer markups are a sad fact of life for these kinds of cars, but it's the private resale market where things get truly nutty. First highlighted by Corvette Blogger, this Cars.com listing for a $200K Torch Red ZR1 represents a 45 percent increase over the original MSRP of around $137,000 as equipped.

The text of the ad isn't boastful or shouty, as you might expect with such an ostentatious price tag. Instead, it's just a simple list of features and options on the halo car: the $3,000 ZTK Track Performance Package that adds that incredible wing, plus performance data recorders, black wheels, and red-painted brake calipers. The car comes with 283 miles on the clock, so at least the break-in period is well under way. And we'd be remiss if we didn't point out the online listing's typically crappy and terribly-framed pictures.

The 2019 Chevrolet Corvette ZR1 may be the fastest 'Vette ever built, but even it can't outrun unscrupulous speculators. This isn't the only ZR1 to pop up with a price tag just under $200,000; check out this Sebring Orange ZR1 convertible being offered for $175,000 by a private dealership on eBay. And don't forget the first model off the line sold for nearly a million dollars at auction earlier this year.

Still, it will be interesting to see whether these resellers get anywhere close to their asking prices. But if the wider trend of sluggish Corvette sales extends to exorbitantly-priced ZR1s, it will be a tall order indeed.