Bid Now to Take Home Most of a 2005 Dodge Stratus

A good deal could be had on this unfinished project car. 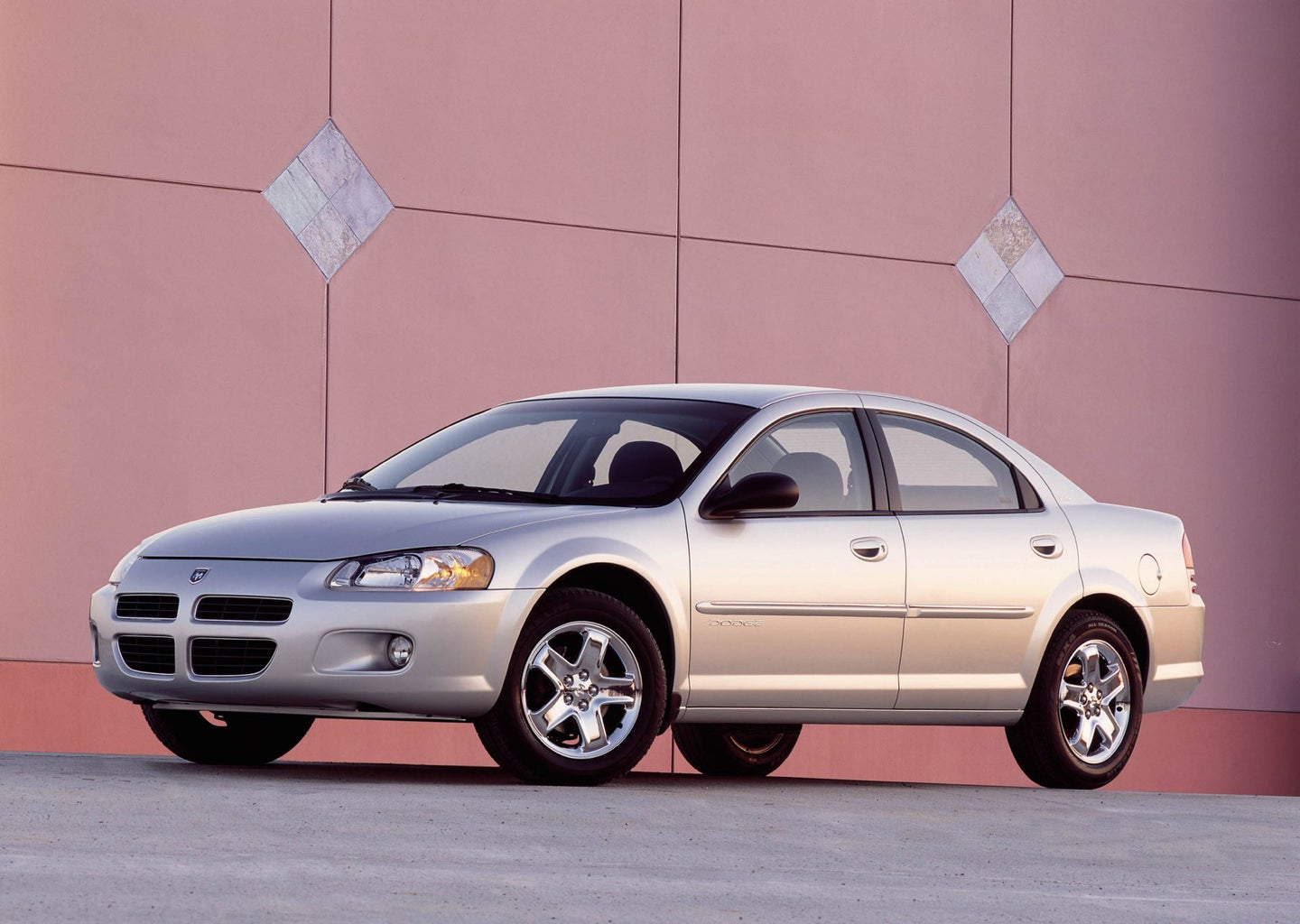 Property Room is a site that creates online listings for police and fleet auctions. Most of it's inventory consists of decommissioned Ford Crown Victoria Interceptors, and some high-mileage work trucks, but sticking out like a sore thumb, is this listing in Hartford, Connecticut for a 2005 Dodge Stratus.

It's not uncommon for auction vehicles to be missing a few odds and ends, usually parts like headlights and body panels. This Stratus, however, is unique in that it's missing what could only be described as the middle third of the car. It appears as though the vehicles owner got sick of driving around in a Stratus sedan, and decided to turn it into a coupe.

The Javelin AMX is a good example of a company offering up a car with a shortened wheelbase, but it's doubtful that the Stratus' owner took quite as much care as AMC when crafting their version. It's clear from the photos that the remains of the front and rear doors have been haphazardly welded together, and it's safe to assume that the car's unibody frame got a similar treatment. There also seems to only be a thin strip of metal holding the roof together, so any attempt at driving this Stratus would probably result in it folding in half like a piece of soggy bread. At least one of the front tires has been replaced with a space-saver spare, and the car is filled with pieces of jagged steel, possibly the ones that were originally cut from it.

I ran a history check on the Stratus' Vehicle Identification Number in an effort to find answers. Surprisingly, the report showed no records of vehicle damage or theft. The only information to be gleaned from its history is that the Stratus had one owner, who renewed Connecticut registration on it up until 2012. What happened between then and now is anyone's guess. The Property Room listing states that the car only has 22,651 miles on it. It even has a clean title, but good luck convincing your local inspection shop of that. The Stratus is also missing headlights, a fender, an engine, a transmission, the back seats, and probably much more.

Anyone interested in taking home this Stratus still has a few hours left to put up their money. As of this writing, there are a whopping zero bids placed on the car, and the price sits at $100. If the car doesn't sell, it may get re-listed, or hauled off to the scrap yard, as it should have been in the first place.

Get the sinister look of the 475-horsepower Dodge Durango SRT without breaking the bank.