2019 Lexus ES: A Peek Before Its Debut at the Beijing Auto Show

The new ES looks a lot like its LS big brother, for better or worse. 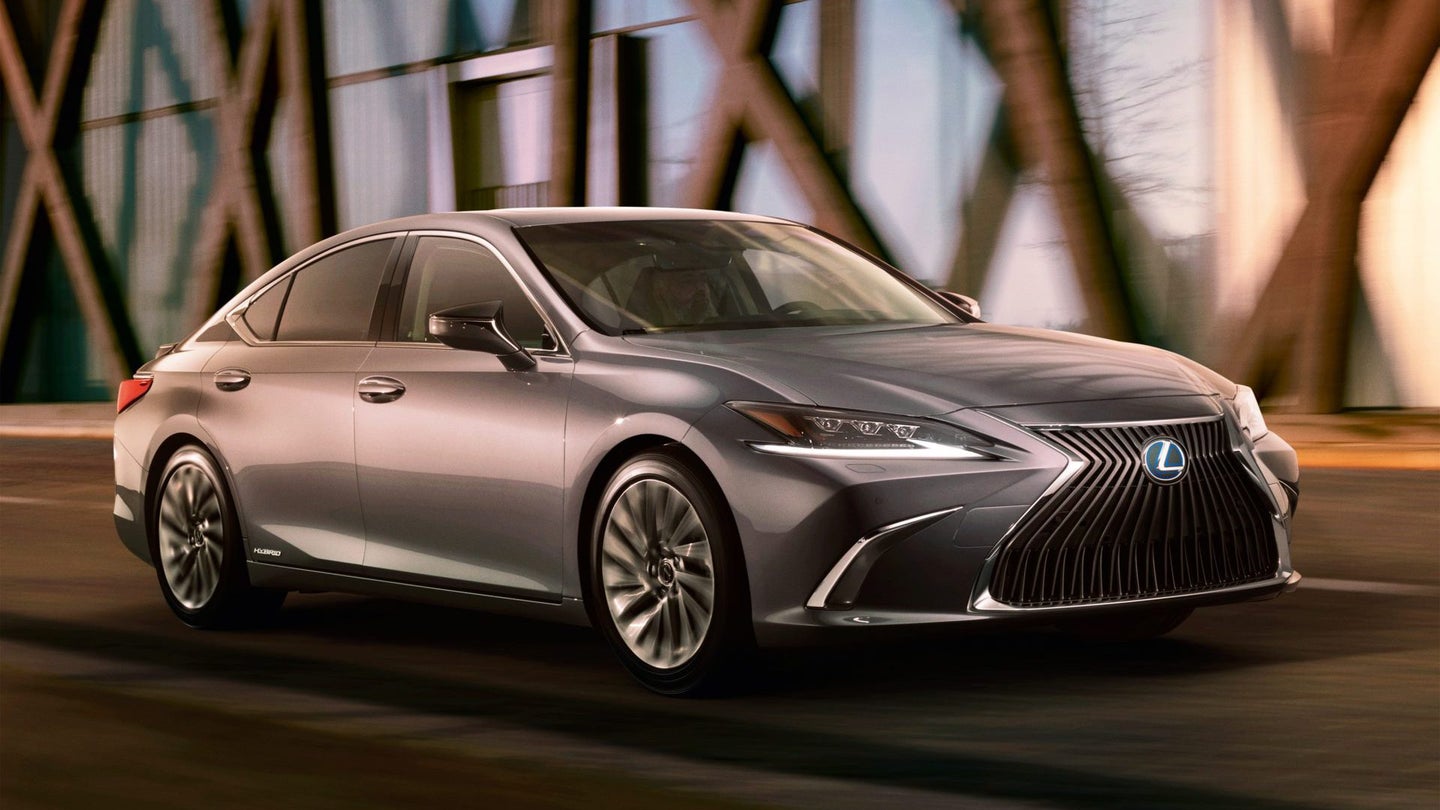 Previously teased with a closeup shot of its nose last week, the redesigned 2019 Lexus ES is showing a lot more of itself with the release of a full-body shot ahead of its official debut later this month.

Keen readers of The Drive who saw the spy shots we published back in February will have already seen this coming but the new ES's exterior is barely distinguishable from its LS flagship big brother... for better or worse. While some may dig its sleek-yet-bold look, that corporate spindle grille definitely remains a point of contention for others.

Lexus didn't provide any technical details regarding its new, "most popular sedan" but the 2019 ES is understood to be riding on parent company Toyota's New Global Architecture K platform shared with the new Camry, Avalon, and RAV4. Optional all-wheel drive and F-Sport trimmings are rumored to be on the menu this time around.

Given the upmarket GS's alleged discontinuation in Europe, some have speculated that the new ES will serve as a replacement for both of Lexus's midsize sedans.

"The GS will stay in our lineup when we introduce the ES this fall. Overall, we'll watch the SUV/sedan market and develop the best product mix to meet customer demand," a Lexus spokesperson told The Drive when probed over whether the rumors held any water.

The current-gen 2018 Lexus ES starts at $38,950. If the new model eventually does end up replacing the GS as well, expect prices to jump by several thousand dollars. The shiny, new 2019 ES is scheduled for a full debut April 25 in at the Beijing Auto Show.

Lexus Could Bring the CT Back as a Tesla Model 3 Rival, Report Says

Due in 2020, a traditional hybrid model would also be available.