Lexus Could Bring the CT Back as a Tesla Model 3 Rival, Report Says

Due in 2020, a traditional hybrid model would also be available. 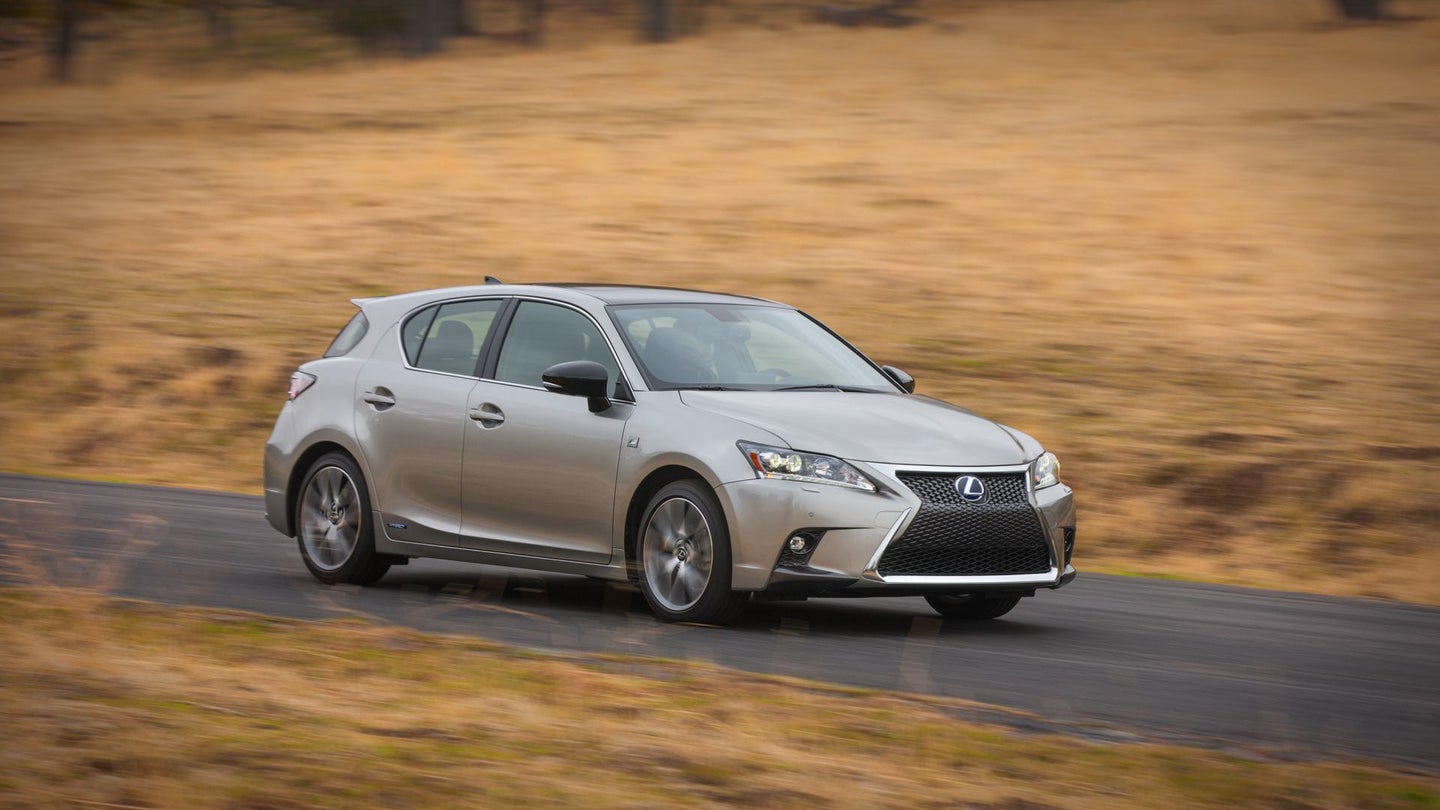 After giving it the axe in America last year, Lexus might be bringing back the CT hybrid hatchback as an all-electric rival to the Tesla Model 3 if a new Auto Express report is to be believed.

Introduced as the CT 200h back in 2011, the outgoing car was available only as a hybrid—essentially a Lex-ified Prius. According to the report, a next-generation CT would come as a hybrid as well but would also be sold alongside an all-electric version, putting it in direct competition with Tesla's much-hyped, entry-level luxury EV.

"The CT has a high conquest ratio of 70 to 75 per cent. It's useful at bringing new people to the brand. People buy the CT for efficiency; with the UX, we’re looking for a different customer," Lexus Europe director Pascal Ruch said, speaking to the British publication. A second-gen CT is expected to share bones with the UX crossover, parent company Toyota's New Global Architecture C platform which also underpins the C-HR, Prius, and hot new Corolla.

"If the question is 'Will we replace the CT?', let’s say so." said Ruch. "We might have to think about a different approach to the sector. Maybe it's the time to find something new in the CT’s segment."

Auto Express says Toyota's Model 3 rival is scheduled to arrive in 2020. Just like its predecessor and the Tesla it aims to defeat, we expect it to start somewhere in the $30,000 range. We've reached out to the company for further comment and will update this story if we hear back.

UPDATE: In an email to The Drive, a Lexus spokesperson says they "haven't heard of any plans for an electric CT," so you might want to take today's news with a sizable grain of salt. The Lexus rep makes sure to add that the company is "excited about the launch of the UX to enter the growing luxury subcompact crossover segment."

The Lexus CT200h Dead in America

Lexus will stop selling its luxo-Prius in the US for the 2018 model year.