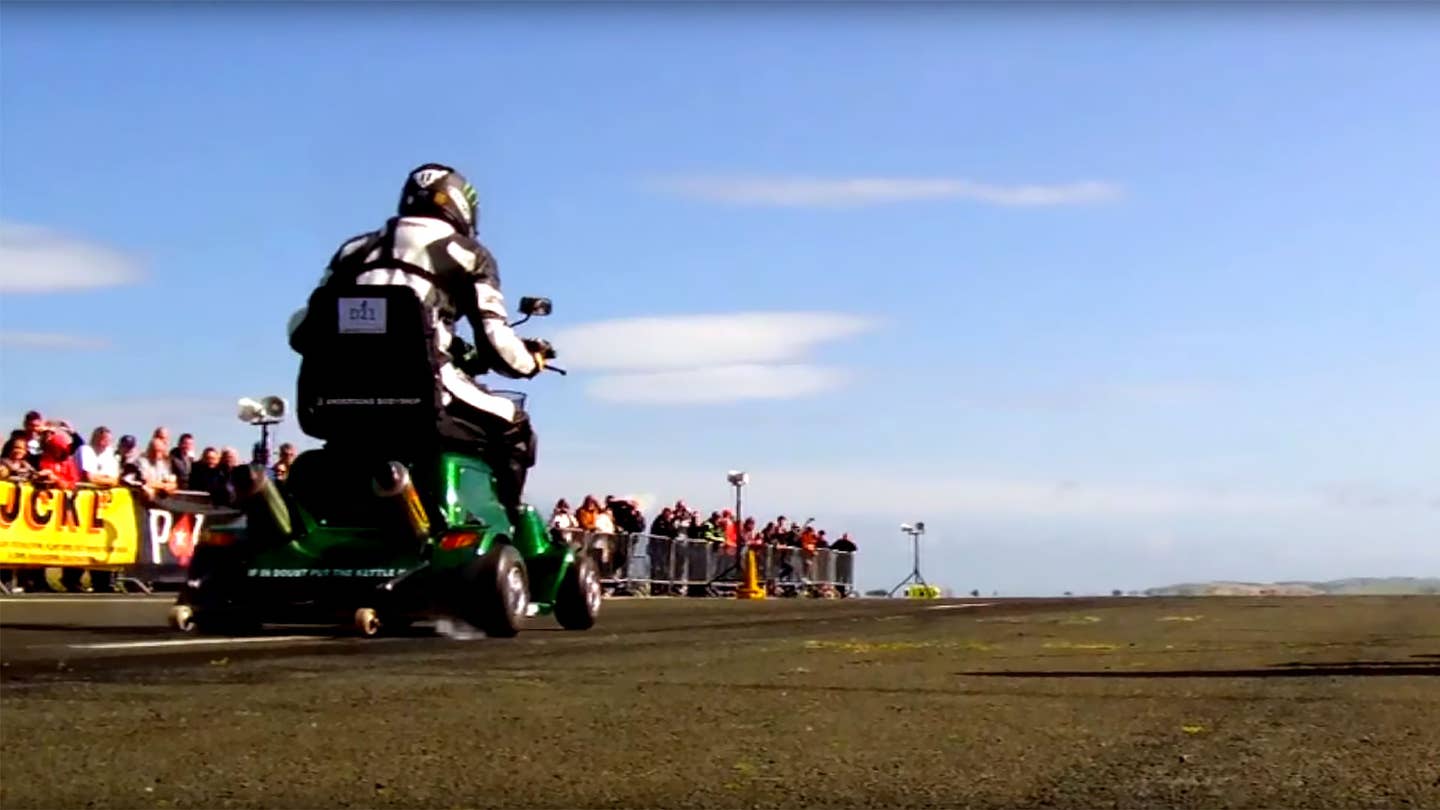 Two mechanics have just won entry into the Guinness Book of World Records for creating the world’s fastest mobility scooter. The green machine, built by David Anderson and Matthew Hine—both of whom, of course, are from the Isle of Man—has been officially-certified for 107.6 mph, over ten times the speed of a standard scooter. Grandma, should she get her hands on the beast, will be safe. It has a wheelie bar.

The guidelines of the Guinness World Records regarding wheelchairs and scooters (yes, that’s a thing) demand that any eligible speedy-scooter must be: (1) Built on a commercially-available platform, and (B) Recognizable as a scooter. All engine and performance parts, however, may be modified. Andersine and Hine thus took the best parts from Days Strider scooter, a disused chassis from a racing cart, and the guts of a Suzuki Bandit motorcycle. That 600cc motor was bolted into the cart chassis, while the Days Strider lent its (modified) skin and steering stalk.

Racing slicks mounted, Matthew Hine set two blistering runs at the Isle of Man’s Jurby Motodrome. His official time came from the average of the precise, quarter-mile runs—implying that at times, the scooter hit 110 mph. You know, about ten mph faster than a Chevy Suburban. Great to know that the Isle of Man is still producing the world’s best speed freaks.