Snowstorms shut down public transit. Which coincides with Chinese New Year. Which is the world’s largest annual human migration. So chaos. 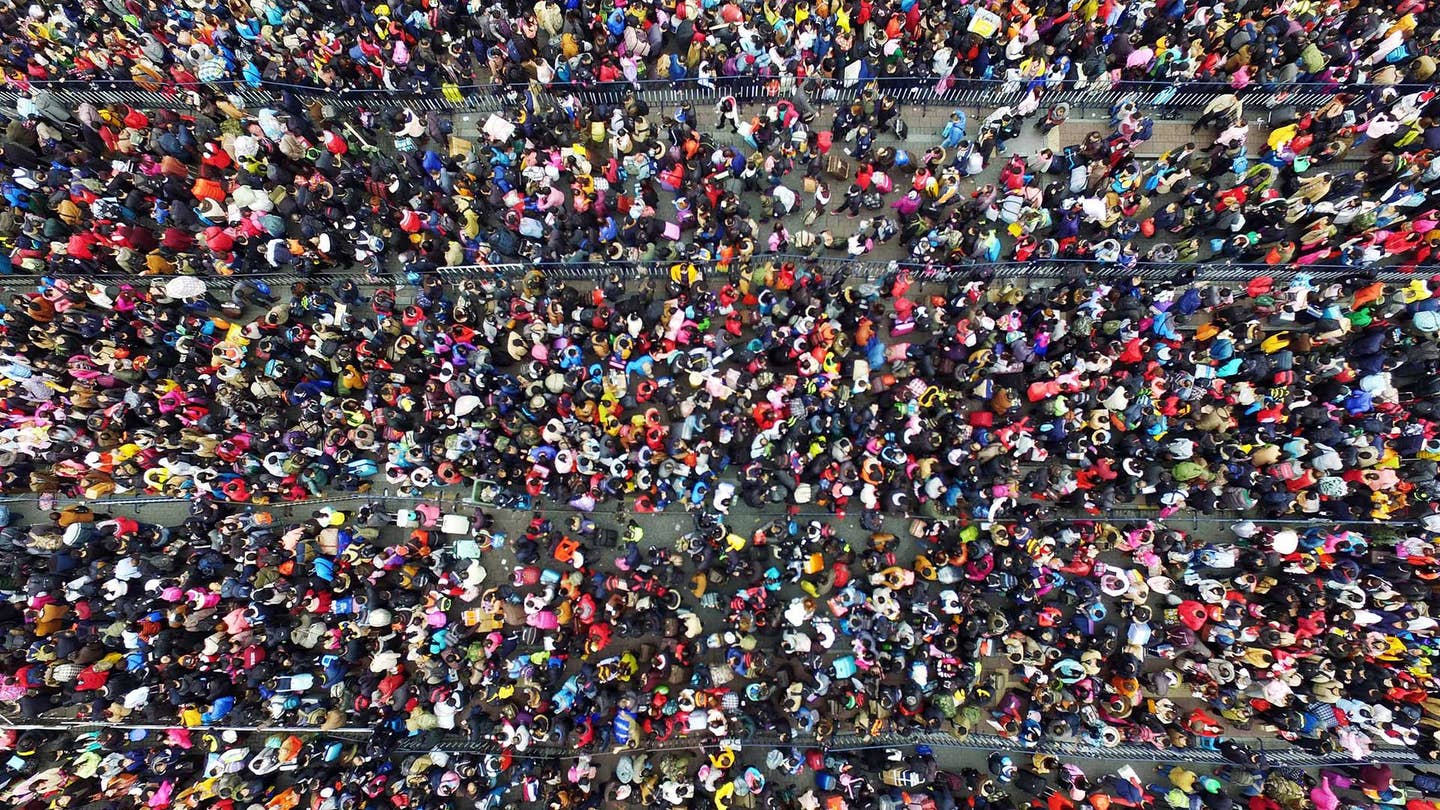 And here you were thinking Winter Storm Jonas was bad. That’s nothing compared to the public transit chaos in southern China, following snows across the country on Sunday evening. As a result, thousands of people are now lined up, stranded, outside Guangzhou Railway Station in the Panyu District. According to reports by the BBC and others, the crowd outside the station peaked at almost 100,000 Monday night. Yes, that many people. Five zeros.

According to local police, over 5,000 law officers have been sent to Guangzhou to help keep order. As of Tuesday, more than 50,000 people still remained stuck outside Guangzhou railway station, state media said. Traffic jams have only exacerbated the confusion.

Several factors played a part in the transport furor. Central China, where snow is rare, is getting some of its coldest weather in years. And storm hit during the run-up to Chinese New Year, a time where hundreds of millions of citizens travel to visit family—the world's largest annual human migration.