Study Shows That Boston Drivers Are Safer Than Those From Philly

Verizon Telematics gathered data from 6,000 drivers in Boston and Philadelphia and analyzed their driving habits. 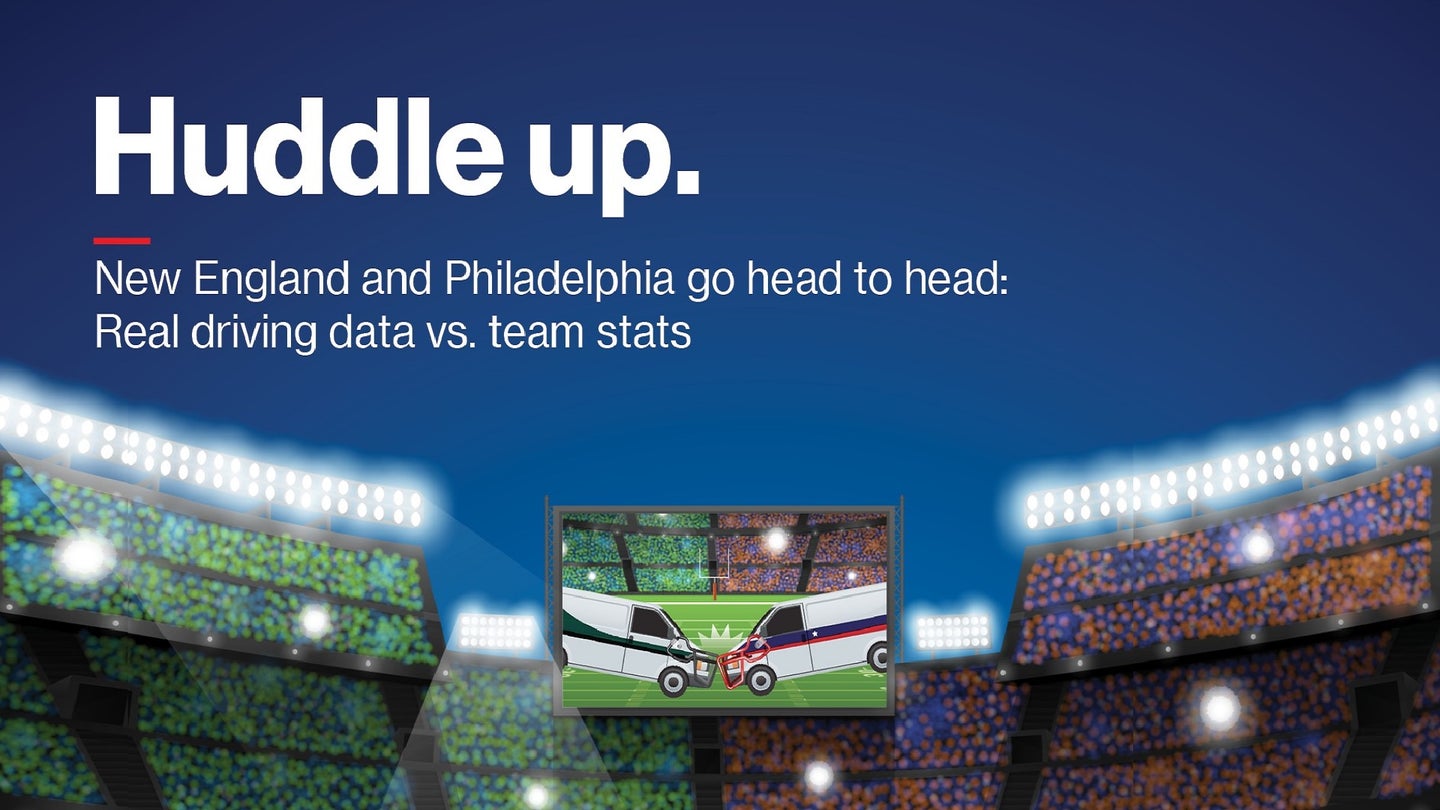 The stage is set, the crowd is hyped, and all my rowdy friends are … you know the rest. The Super Bowl is set to kick off on Sunday, pitting the New England Patriots against the Philadelphia Eagles. What happens on the gridiron this weekend will go down in NFL history. While many have their bets on the table as to who will win the big game, Verizon Telematics gathered some data to look at the two cities in a different light. They evaluated the driving data from 6,000 vehicles from each city to determine which city has the better drivers.

The takeaways are interesting and surprisingly representative of the stereotypes surrounding the cities. Philly is a more blue-collar, tougher town. Boston, on the other hand, seems to have a bit of an upper-class vibe. Maybe it’s the Rocky movies that perpetuate the stereotypes or growing up seeing the Fresh Prince swung around in the opening credits. Either way, I expect Philly drivers to be a little more aggressive.

As it turns out, I’m right. Drivers in Boston speed 29% less than drivers in Philadelphia. This correlates to another fact which shows that drivers in Boston brake hard 25% less, presumably because the drivers in Boston aren’t going fast to begin with so they don’t need to slam on the stop-pedal. I bet it’s all those crooked roads in Boston that are to blame. Seriously, you can’t have straight line acceleration if there’s no straight street to drive on.

Since they’re not driving fast or braking hard, it should come as no surprise that Boston drivers engage in unsafe driving 25% less than Philly drivers. If you ask an insurance company who it'd give the lower rates to, based on this data, it'd say Boston. I’m not an insurance company, so I say hats off to Philly on the victory!

It may not be as well known as Detroit or Chicago, but “The City of Brotherly Love” still puts on quite the event.