The Ripsaw EV3-F1 Is a Hellcat-Powered, 1,500-HP Personal Off-Road Tank

Its creators call it the “most obnoxious vehicle ever made.” 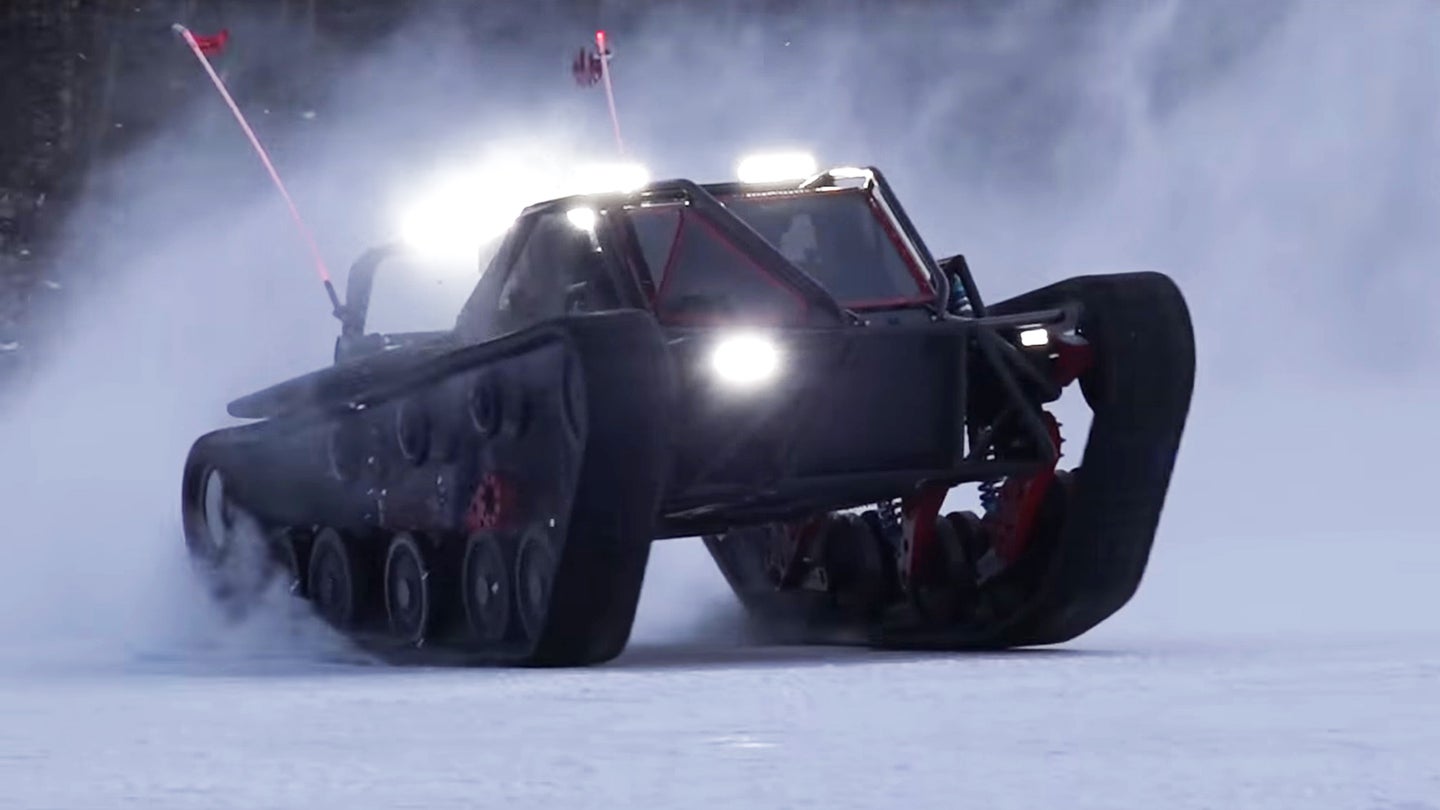 When you want to pick up an off-road toy, you've got a few options. You can take the sensible route and grab something conventional like a Ford F-150 Raptor or a Polaris RZR side-by-side. Or you can do it proper with the new Ripsaw EV3-F1, a single-seat luxury tank with a 1,500-horsepower Hellcat engine, dubbed "the pinnacle of high speed off-road travel" by its creators Howe & Howe.

If this looks familiar to you, it's because The Grand Tour recently sent Richard Hammond out into the desert to test the company's two-seater EV2 model. But the EV3-F1 is an entirely different beast. It's part of the company's next-generation of recreational tanks, and it's a single-seater designed around the sole concept of extreme off-road ability. And frankly, it looks nigh-unstoppable, like it could tear through just about any terrain with an almost scary ease.

Beyond the 1,500-hp Hellcat Hemi, the specially-designed suspension boasts 16 inches of travel, while an air-cushioned cockpit keeps things as balanced as possible for the driver. Each track stretches 112 inches across the ground, maximizing traction in even the slipperiest of spots. As the promo video shows, that level of grip also allows the EV3-F1 to pop a huge wheelie on dry pavement. The EV2 could reportedly climb a 70-degree grade, and it's hard to imagine the EV3-F1 would be any less capable.

Despite the fact that it looks like a design rendering brought to life, this is all very real. Howe & Howe Technologies, run by twin brothers Michael and Geoffrey Howe, cut its teeth developing anti-IED platforms for the military, and the Ripsaw concept has been in development for over 20 years. The company also sells tactical robots for SWAT team use, and was featured on a Discovery Channel TV show called Howe & Howe Tech for two years.

Pricing hasn't been announced yet, but this class of rugged toys—call it "zombie apocalypse cosplay for billionaires"—is never cheap. The EV2 started around $400,000, and you should expect the new high-performance model to be a bit more expensive. But if any single vehicle is worth that kind of scratch, it just might be the EV3-F1. Insane abilities aside, come on—it's a personal tank. Do we need to argue any further?

The Drive gets our Fury on at the Museum of American Armor.