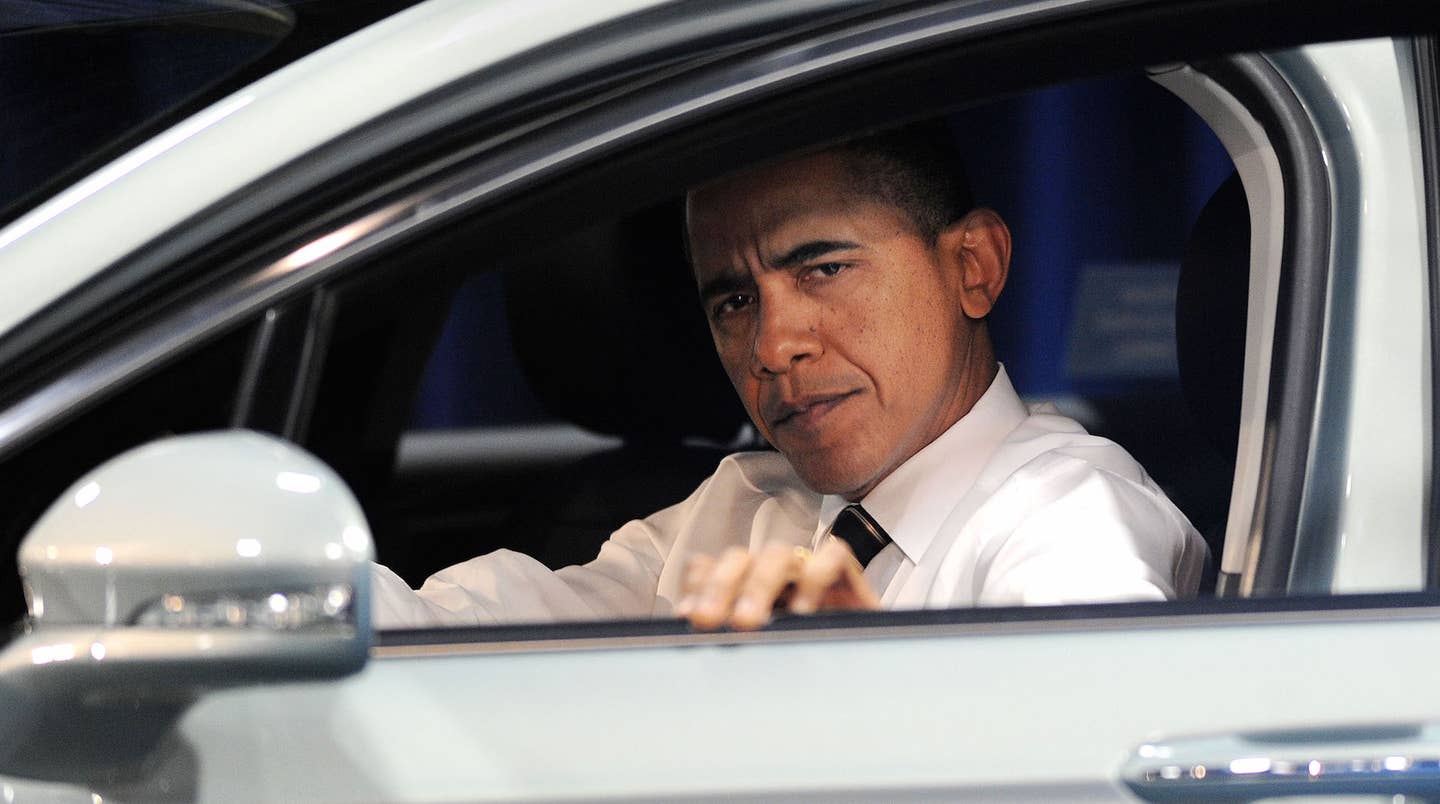 Speaking today in Detroit, U.S. Transportation Secretary Anthony Foxx outlined plans for guiding the country into a self-driving future. Within six months, a federal release says, the NHTSA will propose best-practice principles to the automotive industry for the safe development of fully autonomous vehicles. President Obama will also seek $3.9 billion in funds to put towards connected car infrastructure and autonomous vehicle programs over the next ten years. Reaction to the announcement has been predictable: Companies bullish on a self-driving future (Google, Tesla) are seeing their stock prices rise; conservatives wish we were spending the money on something else; and us driving enthusiasts are nervous. But we needn't be.

According to 2014 road fatality statistics, those most recent available, some 32,000 Americans perished in collisions. It's likely that the figures for 2015 are much the same, and, as often cited in the debate over gun control, approximately the same number as the amount of people killed annually by firearms. That’s something of an apple and oranges comparison, but the fact remains: Everyone should have a reasonable expectation of getting home safely when they set out on the road. A thousand deaths would be too many, but tens of thousands is a slaughter. So what do we do about it?

For those who think human-directed driving is a mistake, the solution is simple: No more keys for you. But there’s historical precedent as to what happens when the NHTSA oversteps its bounds: People go absolutely nuts.

In 1974, an attempt to make seatbelt interlocks a minimum requirement was overturned by public opinion within a year. Even today, about 45 percent of those thirty-thousand-odd road fatalities involves somebody not wearing their seatbelt. Americans like choice, even if it (literally) kills them. But the future for autonomous driving isn't a steering wheel with a do not touch sign on it; it's a button you push if you're too tired, or just want to catch up on email. It's also more than a few years away.

Some central regulation to help both individual states and the industry set the ground rules—particularly with regards to litigation—moves us towards the future cautiously, incrementally. Appropriately. You'll still be able to self-drive that gleaming alloy air-car, it'll just have one eye to make sure you don't squash a pedestrian. And, for those of us that still know how, the red barchetta will still be tucked away safely, ready to dance along the roads that nobody knows about.