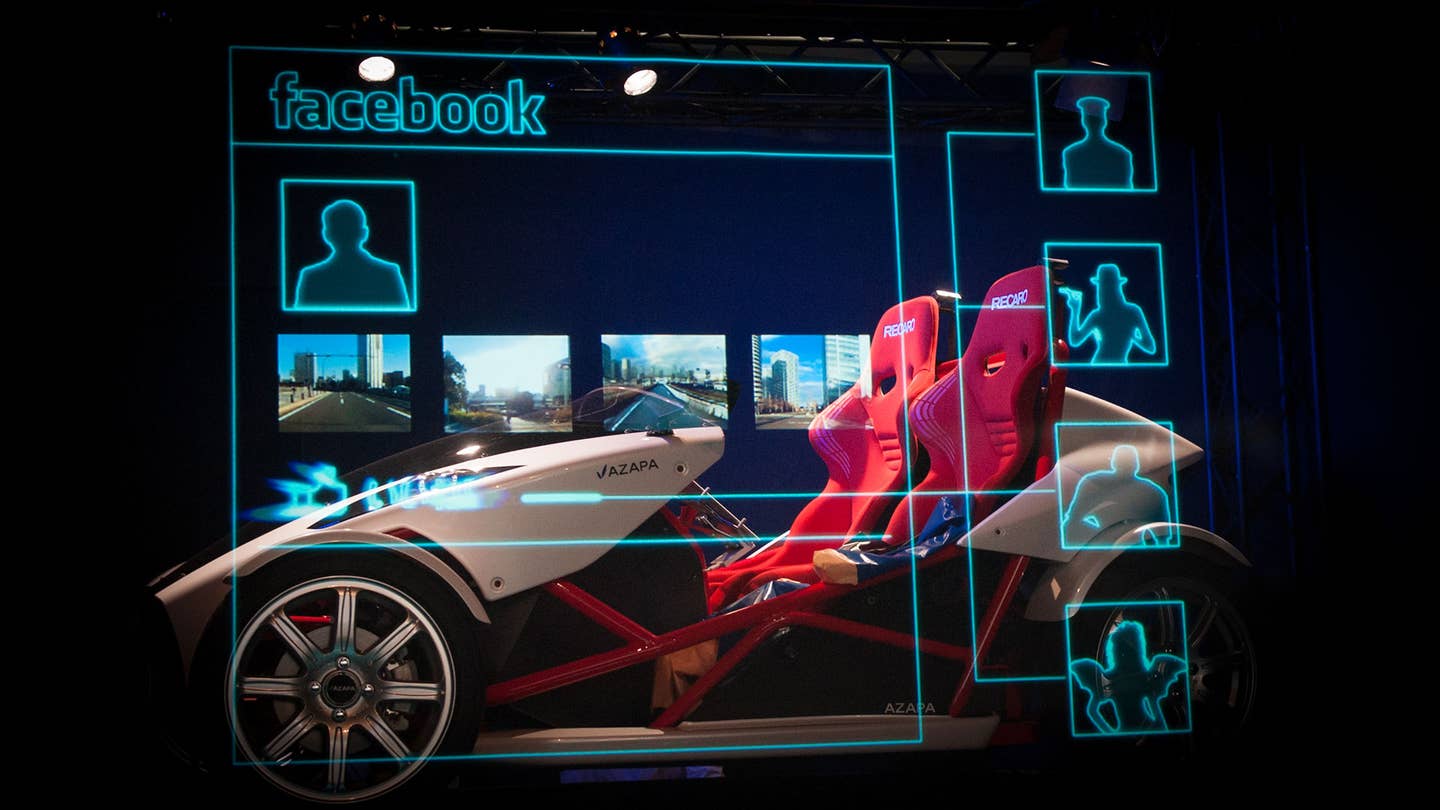 Steel yourself, friends: a tidal wave of speculation is coming. Facebook has registered several automotive domains, including Facebook.car, Facebook.auto and Facebook.cars. It’s already dragging up rumors that Mark Zuckerberg plans to develop a car of his own, a secret project to rival the likes of Tesla and Google. This comes just days after MacRumors discovered that Apple registered three automotive domains, prompting similar conjecture. There’s a simpler, albeit much less sexy, explanation.

First, some terminology: “Sunrise Period.” That’s a special early grace period when high-value trademark holders (IBM, Facebook, Samsung, etc.) can preregister for new, non-generic domain names. The idea is to protect the heavy-hitters from a kind of digit extortion called “Cybersquatting,” which is pretty much exactly what it sounds like. Facebook’s likely to be particularly cognizant of this, considering it was forced to shell out some $8.5 million for fb.com in 2010, at that time the largest sum ever paid for domain name. Last month, the social networking titan added a .theatre address to the 2,300-plus domains it already owns. Facebook’s new auto domains currently have no content. They probably never will.

And what of the timing? The Sunrise Period for .car, .auto and .cars domains started in December of last year, and the public databases are just now catching up. (Apple nabbed its .car, .cars and .auto on December 9, but didn’t show as proprietary until January 8.) Over the next few weeks, maybe months, you’re going to see a throng of big tech companies gobbling up automotive websites. This does not mean Amazon or Microsoft or Sony are building a car. It means those legal departments are trying to cover their brand’s ass.

So, to recap: Companies buy domain names all the time. Google Car is a thing. Apple Car might be a thing, but probably isn’t. Facebook Car is nothing. Good? Good. Now we can go back to arguing about the merits of vaccination.