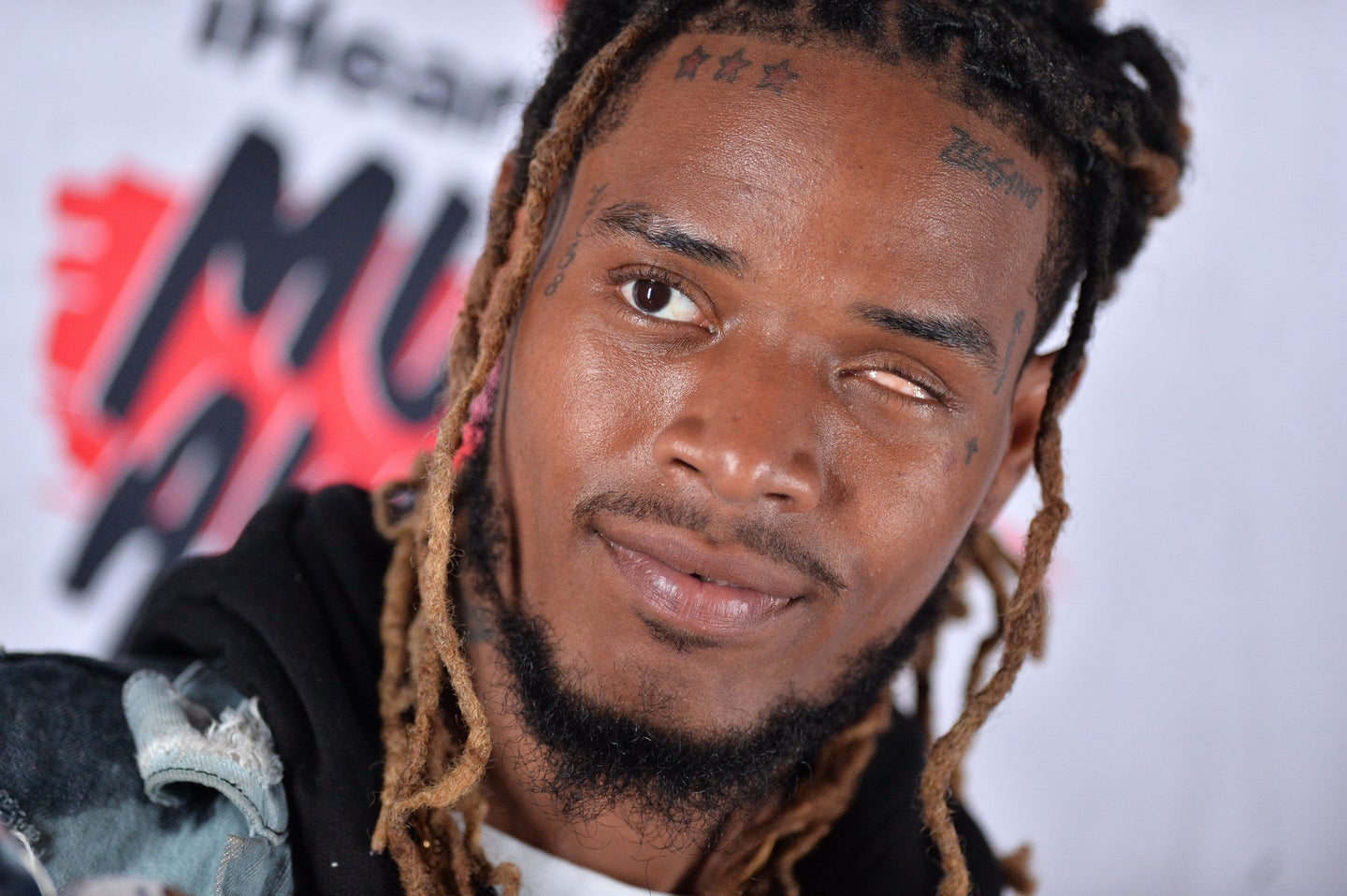 The New York Police Department reported to the Associated Press that Fetty Wap, whose real name is Willie Maxwell, was on a highway in Brooklyn around 1 a.m. when officers observed Maxwell's car "clearly racing another vehicle."

After the rapper was pulled over, he reportedly showed police a suspended New Jersey license and failed a sobriety test registering a blood-alcohol level of .09, just over the legal limit of .08 in New York.

Fetty was arrested on 15 charges, according to TMZ, including "reckless endangerment, drag racing, DUI, driving without a valid license, unsafe lane changing, aggravated unlicensed operation of a motor vehicle, following too close, and speeding."

Vaseline-Covered Oklahoma Man in Thong Pulled Over for Speeding

We’ll give you one guess as to what else he was doing.