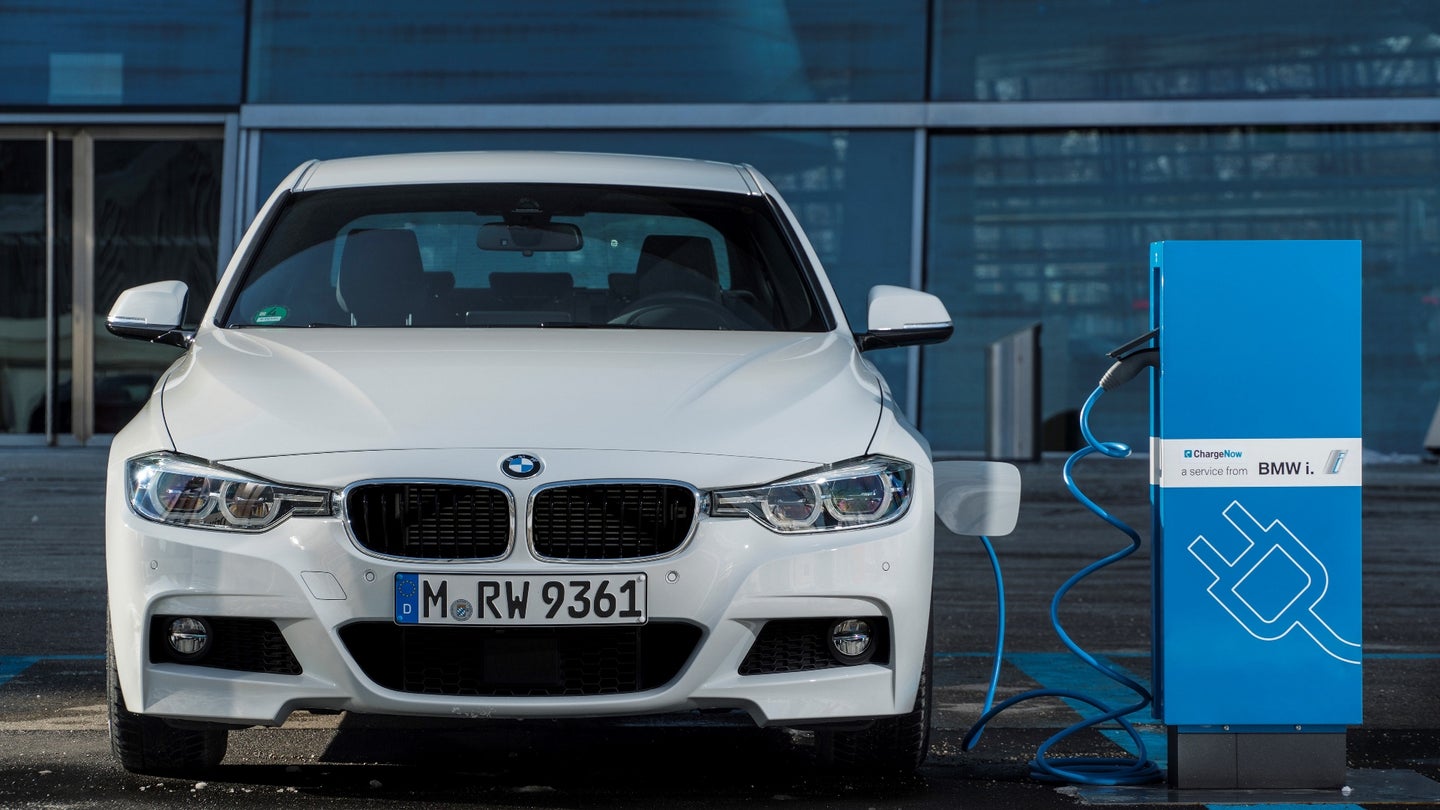 German news outlet Handelsblatt reports that BMW will officially introduce an electric version of the 3 Series at the Frankfurt Motor Show, in September. Handelsblatt says this is a direct response to the early success of the Tesla Model 3—a car that isn’t even out until later this year. This news comes just a week after Tesla’s valuation passed up BMW for the first time.

After this car is officially introduced, timing will be everything. They’re dropping this bomb right around the time the Tesla Model 3 orders will be filled, giving those in the market for an affordable electric luxury car another option, and one from a brand that arguably invented and perfected the entry-level luxury car segment, no less. If BMW can get this thing in showrooms by next year, Elon Musk should be terrified.

We know BMW has big plans for electric cars with a Mini EV and an all-electric X3 crossover confirmed for production in 2019 and 2020, respectively. BMW also still plans to have a Tesla Model S competitor with their iNext project slated for 2021 release. With all of their lofty aspirations for electric vehicles, an electrified version of the common 3 Series might be the one that shakes up the industry the most, by making electric cars more mainstream.

For an electric entry-level luxury sedan, would you rather take a chance on a young, innovative startup or go with a century-old company that’s synonymous with luxury and performance?

The wide range of new EVs is part of a massive push into futuristic mobility solutions.