The baddest Camaro yet may be about to blow some minds. 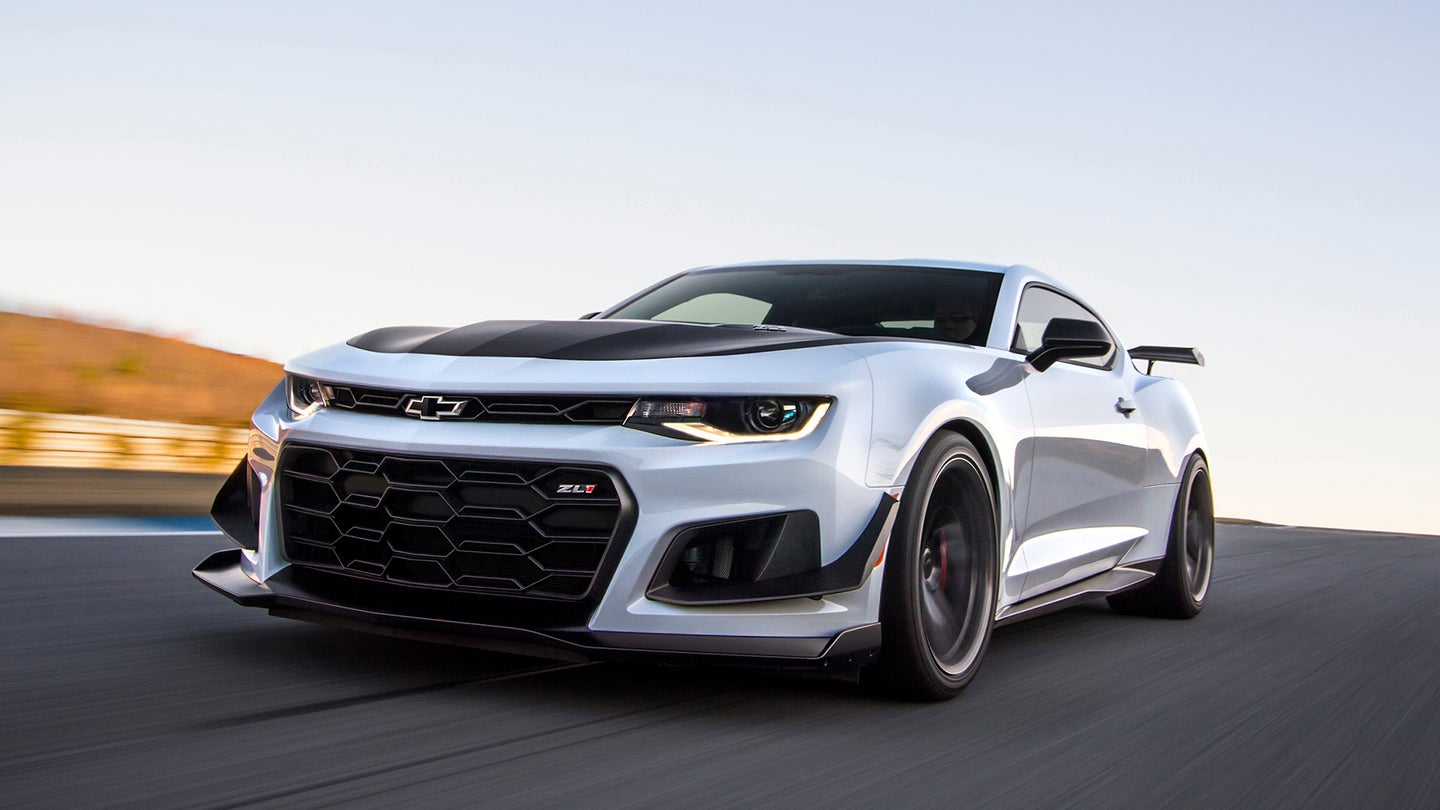 It's no secret that General Motors set its sights on the Nurburgring Nordschleife when it was developing the Chevrolet Camaro ZL1 1LE. Camouflaged test cars were repeatedly spotted lapping (and crashing) there, back when we all thought it was a new Camaro Z/28 instead of a more track-focused version of the blown ZL1; the muscle car has been spotted there since its official reveal, too. All the while, the world has watched and wondered: Just how quickly is this Chevy gonna lap the 'Ring?

Well, it looks like Chevy is about to reveal just what its hard-assed 'Maro is capable of on the automotive industry's favorite racetrack-slash-development ground, based on a new video that states "Its Time Has Come."

The video, posted to the official Chevrolet Camaro Facebook page on Monday, is short on specifics and long on glamour shots of the 'Ring, as these sorts of Nurburgring teaser videos tend to be. Likewise, the description, which reads "Challenged accepted. More coming soon," is little help. (Unrelated but irritating: It's a vertical video, which makes us wonder if it wasn't originally designed for Chevy's Snapchat page.)

Obviously, between its 650-horsepower supercharged V8, its track-trained 10-speed automatic transmission, its aerodynamic add-ons, and its other helpful go-faster bits, the Camaro ZL1 1LE has almost certainly set a new muscle car lap record at the Green Hell. (All it needs to beat is its "lesser" sibling, which runs the course in 7:29.) The real question, then, is: What else did it beat? Will the briefly-posted Wikipedia entry touting a 7:23 lap for the base ZL1 prove correct for the 1LE, making it faster than the old Porsche 911 GT2 RS was in private hands? Will it beat the old Corvette ZR1's 7:19.63 lap time?

Check the video out below, and let us know your best guess as to what time this 'Maro will set in the comments below.