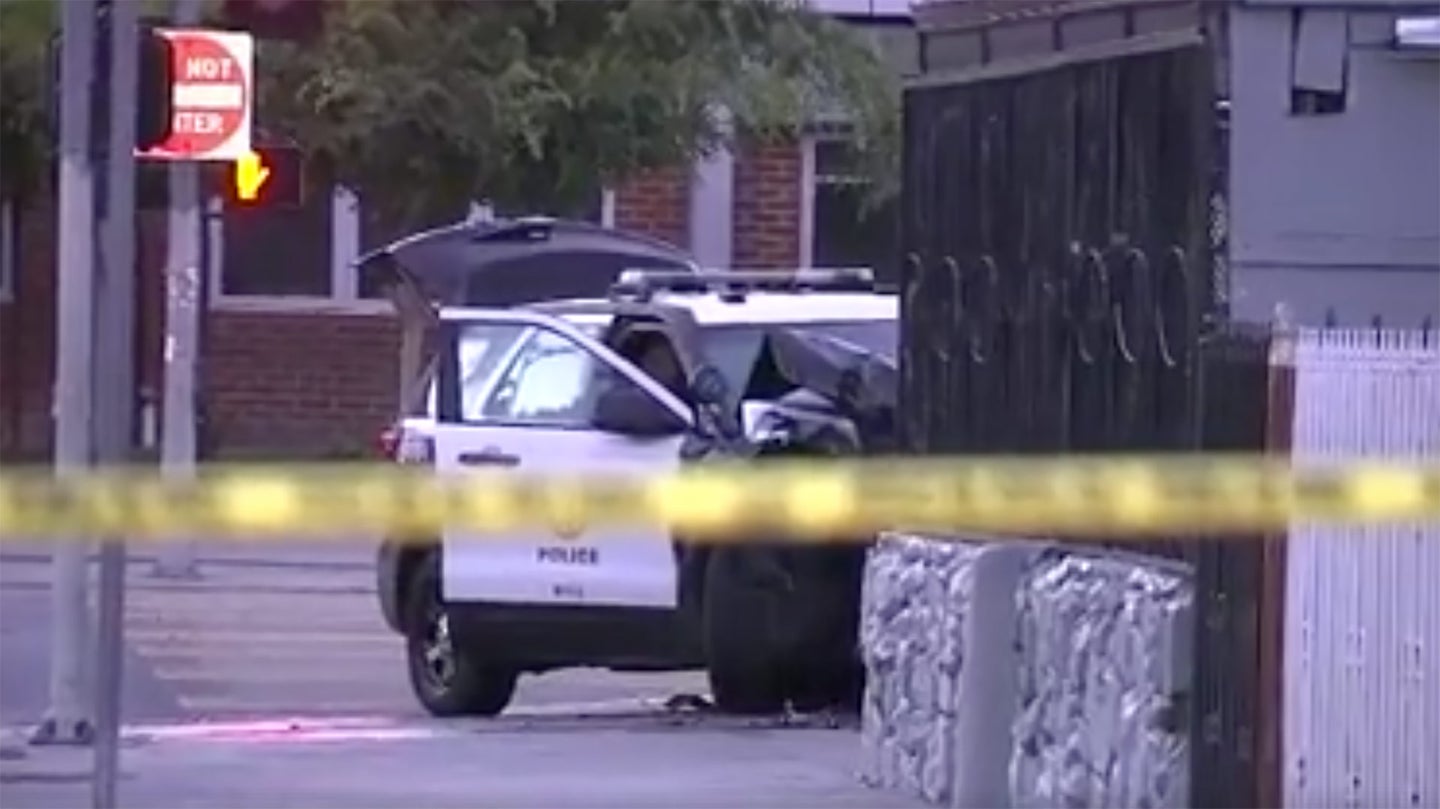 For cops, securing your cruiser is critical for operational safety...but sometimes things fall through the cracks. The appears to be the case for Los Angeles Police Department on Wednesday, when two teens allegedly stole a pair of Ford Interceptor Utility police cars. Police have not released where and when the cruisers were stolen exactly, but they did state the suspects may have been in possession of the vehicles the entire day, according to KTLA.

Police said they made contact with the vehicles, which were traveling together, around the 400 block of East 61st Street at approximately 9:30pm, and initiated a pursuit. The first stolen cruiser crashed at 77th Street and San Pedro Street; shortly thereafter, the second stolen cruiser crashed into a building at the intersection of Central Avenue and Adams Boulevard. An officer in pursuit of the stolen vehicles also crashed during the chase, according to police.

LAPD officer Tony Im stated the cruiser's computers were not used, and weapons were not in the vehicles at the time they were stolen. The LAPD is currently investigating what the duo did with the vehicles while in possession of them.

There are still a lot of questions to be answered how these vehicles were boosted, but we are glad no serious injuries appear to have been sustained.