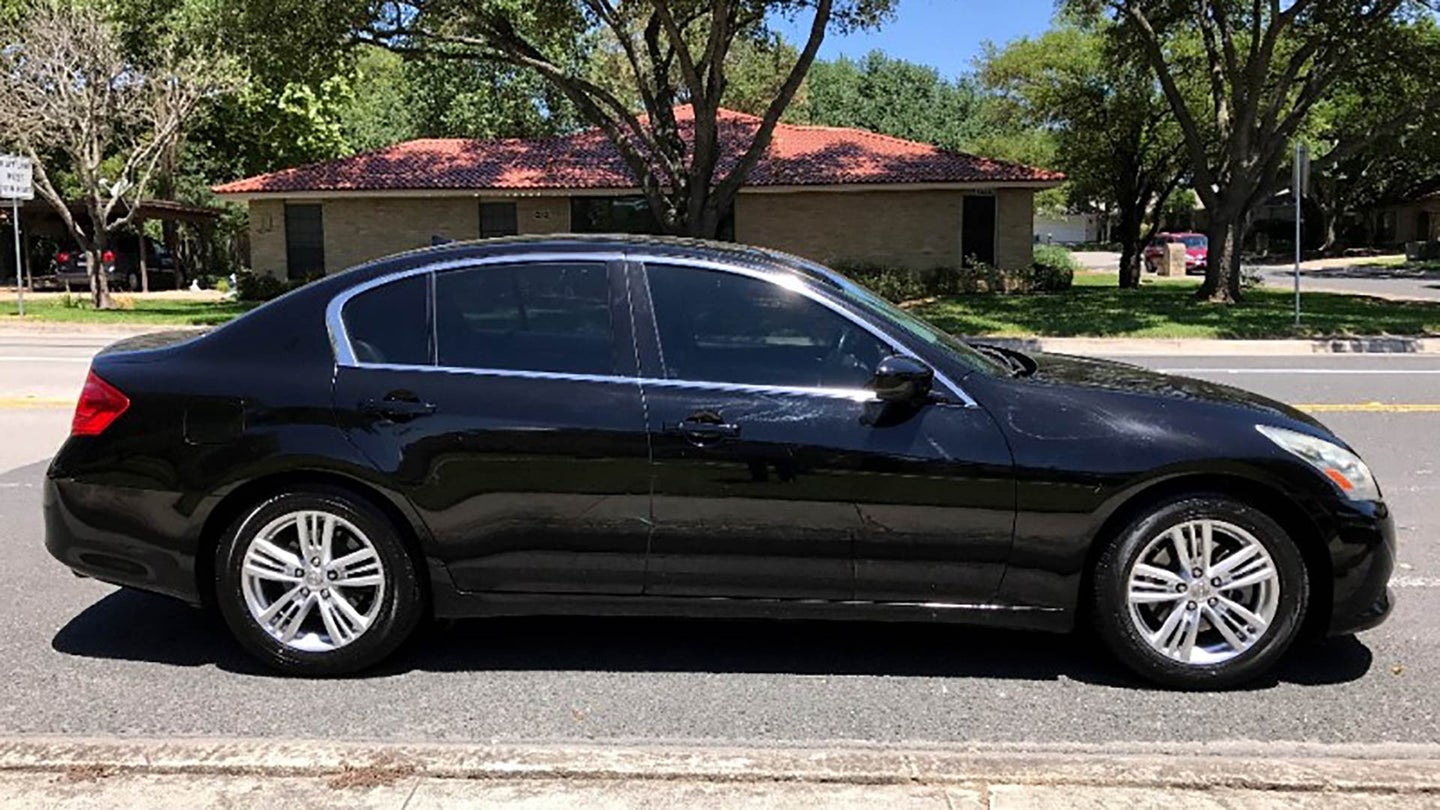 By the nature of the criminal game, thieves are usually not the smartest people in the world. Still, you want to believe everyone is graced with, at the very least, the bare minimum common sense. But according to a recent report by Texas-area news station KSAT, that's not the case for at least one thief, who stole a car even after leaving his license information behind at the dealership.

On May 27th, a thief entered Auto Boulevard in San Antonio, Texas, allegedly saying he was looking to purchase a vehicle. He was drawn to an Infiniti G37 and spoke with a salesman, Carlos Gonzales, in regards to a possible purchase. When Gonzales stepped away to assist another customer, he gave the thief (who, keep in mind, was just another potential customer at this point, as far as the salesman knew) the keys to further inspect the vehicle.

Well, it appears the thief really liked the car...since he ended up driving off with it, according to surveillance video from the scene.

San Antonio Police are currently investigating the theft, and have reported the car has been seen at least three times in the area since it was stolen. According to an interview with KSAT, the dealership owner went to the address on the license; residents confirmed the thief did in fact live there, but had not returned in several weeks.

Seems like only a matter of time before this bonehead gets caught.

ProMod drag racer Clyde Scott and his family suffered an unimaginable tragedy in the storms.