Big changes at the Blue Oval amid slumping sales and falling profits. 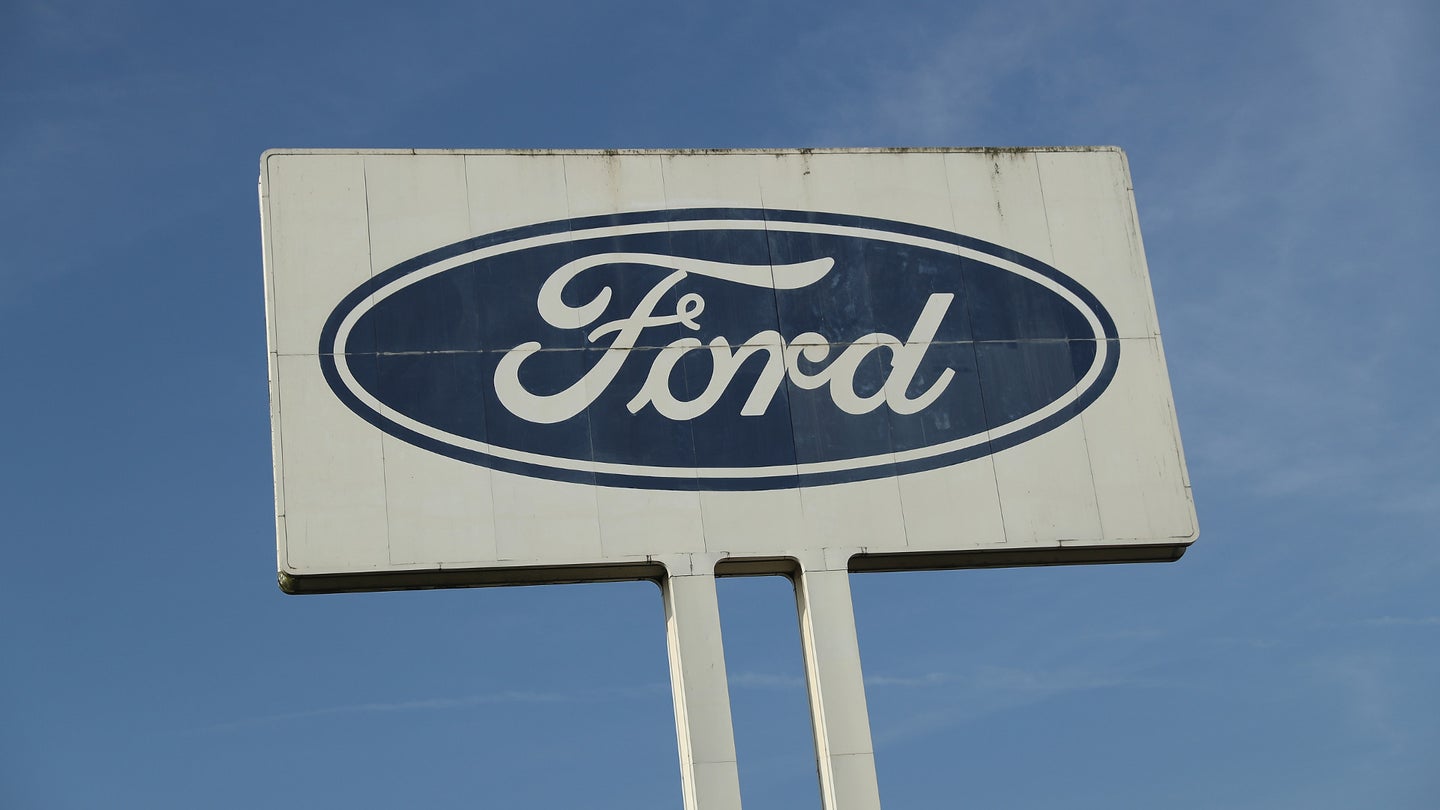 Ford will announce plans to cut around 10 percent of its North American and Asian workforce as the company continues to grapple with falling profits amid the current industry-wide slump, according to Reuters.

Though initial reports late yesterday claimed Ford was planning on pruning its entire 200,000-strong global workforce, a source told Reuters that the cuts will focus mainly on salaried employees on those two continents—which is to say, hourly workers on production lines are safe for now. The move could be formally announced as soon as this week.

Like other manufacturers, the Blue Oval has struggled recently, with sales falling 7.2 percent in April and its stock price at a five-year low. The company reported its second-highest profits ever in 2016, but it's also been investing heavily in autonomous technology and electric cars lately, sinking this year's profit margins to uncomfortably-low levels in the eyes of some board members. Last month, Ford announced a plan to cut $3 billion in costs to offset those pushes, and apparently reducing headcount will be a key part of that drive.

According to the report, Ford will focus on culling its salaried employees in North America and Asia by October 1 through "generous" early retirement packages. Continued demand for its F-Series pickup trucks means hourly production workers in this country won't be affected—at least for now. But Ford is slowly losing market share to its crosstown employees in nearly every other category, especially the red-hot compact crossover and midsize pickup segments. The EcoSport and global Ranger are headed to our shores to fill those gaps over the next several years, but it will be some time before sales numbers and profits reflect that growth.

With a salaried workforce of around 30,000 in the United States, this move could face some stiff political headwinds amid President Donald Trump's push to retain more auto manufacturing jobs here at home. In January, Ford scrapped plans to build a new small car plant in Mexico amid harsh criticism by Trump and announced it would instead invest in its Michigan facilities, adding about 700 new jobs there. But the company still plans to eventually move all small car production to its existing plants south of the border, and this headcount reduction would wipe out those earlier employment gains.

In an emailed statement, Ford refused to confirm the impending staff cuts,but also stopped short of refuting the report, saying it "remain[s] focused on the three strategic priorities that will create value and drive profitable growth... reducing costs and becoming as lean and efficient as possible also remain part of that work."

The automaker recently it announced it would be investing $700 million in one of its Michigan plants.