We've put together a list of the best hatchbacks on sale today. 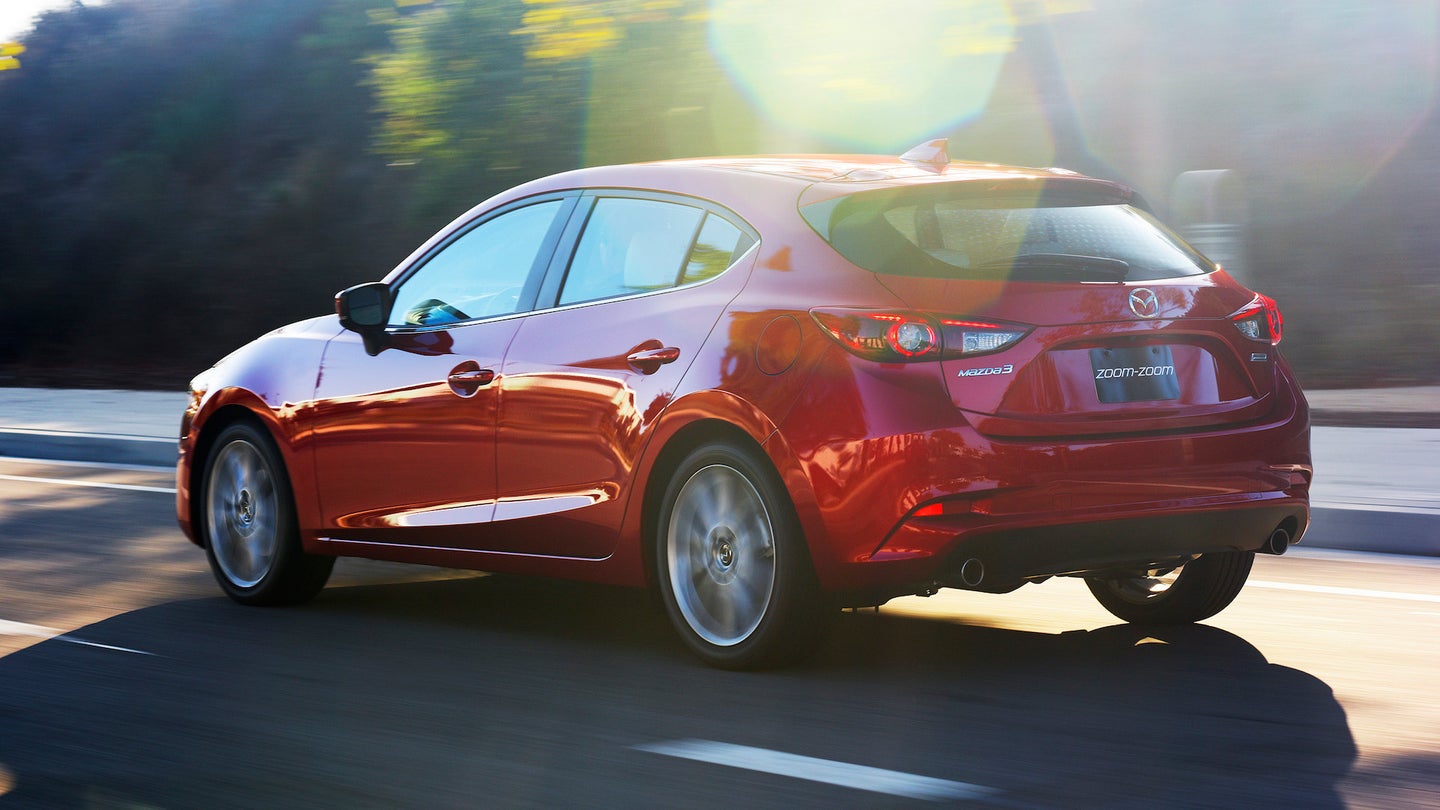 Hatchbacks are some of the most versatile cars on the automotive market. Selecting from the punchiest track hatches to the city-friendly five-doors, we've compiled a list of the most attractive, affordable, and enjoyable three and five-door hatchbacks on the market.

Through first-hand, real-world testing, and by analyzing specifications and pricing provided by manufacturers, The Drive has compiled a list of cars on sale that consumers need to look at before buying a new hatchback.

On our list are hatchbacks from the pioneers of the hot hatch genre, such as Mazda, Volkswagen, and Ford. And even Subaru hatchbacks have evolved from the old days of the boxy Subaru Outback Sport and Subaru Impreza wagons to the somewhat more eye-friendly new Subaru Impreza. No matter your brand loyalty, there's probably a hatchback for you.

Not every hatchback made the list. The Ford Fiesta ST, Ford Focus ST, Audi A3 hatchback, and Fiat 500, while worthy cars in their own right, and even fan favorites, we left them off because as of right now, at least in the American market, they are largely dated and are (hopefully) reaching the end of their generation cycles.

Hatchbacks are practical, versatile, often performance-friendly, and objectively more physically attractive than their sedan alternatives. These are the six best, according to us here at The Drive.

The Mazda3 hatchback is an understated, quality-built, small five-door. It does what you need it to do—a seemingly small achievement that many cars don't meet. Because it is comfortable and more playful than some of its competitors, the Mazda3 maintains a top ranking as a solid daily driver. Available with up to 184 horsepower, the Mazda3 can push the boundaries of what a non-sporty hatchback can do.

"The Mazda3 is a great little car, more beautiful than it has a right to be. Though the as-tested price is typically high for a press car, all the good stuff, looks included, comes on the $25k version. It's a car you'd stick with even after your ship came in. The head-up display is crap, but otherwise, the Mazda 3 is best-friend material—through thick, thin and, yes, snow."

It's hard—maybe even impossible—to think of an attractive hatchback that has come out of GM in the past 10 years. Ford has had to hold up America's hatchback game pretty much single-handedly with the lovely Ford Fiesta and the sublime Ford Focus, but now the Chevy Cruze is giving Ford a run for its hatchback money.

With its 153-horsepower, 1.4-liter turbocharged four-cylinder engine, the Cruze hatch has power sent to the front wheels—as do most of the cars on this list. Though neither the powertrain nor its suspension are engineered for sport driving, the Cruze is a compliant hatch with a sexier rear-end than its sedan counterpart.

Though its fuel economy doesn't match the stunning 52-mpg rating of the Cruze diesel sedan, Chevy claims the hatch still sees an impressive 40 miles per gallon.

For four decades, the Volkswagen GTI has served as the ideal form of the "hot hatchback." A peppy powertrain, a willing and able suspension, and the room to haul the goods all come together as factors that keep hatch lovers coming back to the GTI.

Currently in its seventh generation, the GTI is available with up to 220-horsepower from its 2.0-liter turbocharged engine. When not all of those 220 horses are being used, VW claims the GTI can manage up to 34 MPG on the highway.

It's autocross ready, grocery-getter ready, and road trip ready. Also, it received a five-star rating from the National Highway Traffic Safety Administration and the Top Safety Pick from the Insurance Institute for Highway Safety. So yeah, it's safe.

Of the cars listed here, the 2017 Subaru Impreza is the freshest of the group. Unveiled at the 2016 New York International Auto Show, the Impreza fifth-generation starts at $18,900 and comes with a 152-horsepower boxer four-cylinder motor and Subaru's trusted all-wheel-drive system.

A hair cheaper than the Mazda3 and more than $3,000 less than the Cruze, the updated Impreza is the newcomer to the group. Though it can't be optioned with anything that can compete with the Mazda's 184-horsepower four cylinder, it does have the upper hand for those who need AWD when the going gets tough.

The Chevy Bolt is one of the less conventional hatchbacks on this list. Why? Because it's an electric car with a range of 238 miles. that makes it an industry game changer in addition to a hatchback we love.

Starting at about $30,000 after federal tax credits, the Chevy Bolt has the most impressive electric range of any car currently on the market at its price point. Its electric torque thrusts it from standstill to 60 miles per hour in 6.5 seconds, according to Chevy, and—even more neat—since it's an electric car, it has brake regeneration.

The setup on the Bolt allows the driver to push a button that engages the regen and slows the car down. So technically, if you're wild enough to drive with just the gas pedal and the regen button, you could.

Right now, the performance hatchback market in America is a bit slim. You have the VW GTI, the Golf R, the Hyundai Veloster Turbo, and of course the other Ford players, but nothing really competes with the 350-HP Ford Focus RS. Among those cars, none have a "drift mode" that helps the driver perform perfect slides (on track only, of course) on demand—except, of course, the Focus RS.

Though the RS is a bit too aggressive for daily street driving—if you're not into harsh rides, you might have trouble falling in love with its stiff suspension. But the RS is everything you could ever want for a curvy backroad, a tight autocross course, or even a track day.

Sure, you could get a Subaru WRX STI, but the STI is no longer offered as a hatchback. And if you're looking at this list, you probably want a hatchback.

If you have $36,000 or so to spare, want a performance car in the shape of a hatchback, and can find a dealer that won't try to pull a fast one over some "adjusted market price baloney," check out the Focus RS.