The Drive‘s Favorite Cars from the L.A. Auto Show

The staff brings their expert judgement to bear on the latest vehicles. 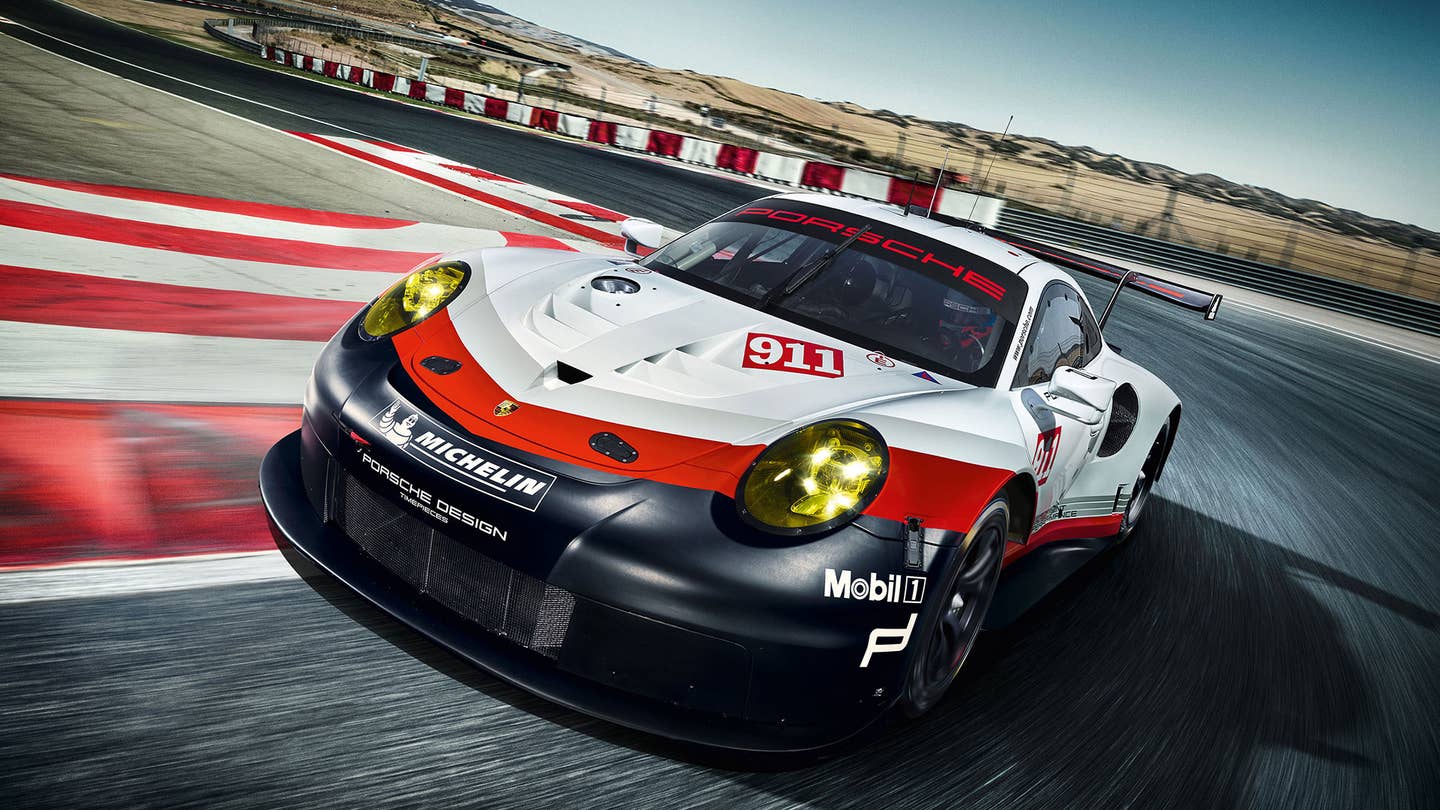 It may be just about to open up to the public, but we at The Drive are already over the Los Angeles Auto Show. We spent the last week swarming over it, from the supercar launch parties in the hills above Santa Monica to the dark, depressing streets of downtown L.A.

We scavenged free food and drinks from automakers’ hospitality stands and parties, punched our way through scrums of malodorous journos from all across the world, and logged mile after mile beneath our heels as we paced back and forth across the expansive LA Convention Center, Snapchatting, Instagramming, and Facebooking every chance we could.

And along the way, we managed to see...well, just about everything. We may have missed one or two cars along the way, but between our deep bench of staffers on the premises and our deep-seated journalistic desire to know the automotive world as well as we possibly can, we managed to roam past pretty almost every vehicle in the show.

So now that we’ve escaped the warm, easy-going climate of southern California for the harsh, familiar brutality of New York City in November, we’ve put together a list of some of the best new cars we laid eyes on at the 2016 LA Auto Show.

Alfa Romeo may be new to the SUV game, but like its corporate cousin Maserati, it came out of the corner swinging in round one. The Stelvio isn’t large by SUV standards, sized and designed to take on the likes of the Porsche Macan and Jaguar F-Pace, but it’s packing big-league power. Like the Giulia it shares a platform (and an owlish face) with, the Stelvio Quadrifoglio packs a 505-horsepower twin-turbo V6 that Alfa says can hurl this cute ‘ute from 0 to 60 in less than four seconds. Even the base model’s 280-horsepower turbo inline-four should be plenty of motivation for everyday folks.

And both cars offer a plethora of sporty accents, features, and options, from the flat-bottomed steering wheel and all-wheel-drive systems to the Quadrifoglio’s limited-slip diff, adaptive dampers, and optional carbon fiber Sparco racing seats. If these puppies handle anywhere near as well as their Giulia counterparts, Alfa might just knock out the rest of the compact sport-luxury SUV segment with its very first punch. —Will Sabel Courtney

It can't drive itself, its doors don't open vertically, and no records will be set getting to 60 mph from a standstill, but what sets this electric compact crossover apart from other much-hyped EV concepts unveiled this week is that you can actually buy it. The 2017 Chevrolet Bolt is the first mainstream electric crossover to make it to market, offering an electric range of 238 miles from its 60-kWh battery. No one will confuse the Bolt for a luxury car, but underpromising and overdelivering on the first mainstream electric SUV is exactly what helped the Bolt capture the Green Car of the Year award for General Motors.

That said, removing the biggest barrier to purchase—the high price tag—can’t be achieved without compromising somewhere; The Drive’s senior auto critic Lawrence Ulrich complained bitterly about the plastic-y materials and “feminine” interior. But the crossover makes up for its luxury shortcomings with a spacious interior that comfortably seats five and generous cargo capacity that includes storage carved under the center stack to fit a purse, computer bag, or diaper bag. —Liane Yvkoff

Is the all-electric Jaguar I-PACE Concept crossover beautiful? I wouldn’t go that far. However, it is as fetching and forward-thinking a design as any C-segment crossover ever made. It has the sketched lines of a supercar, though the concept—which will reportedly be fast-tracked to production for an early 2018 release—looks a little more earthbound.

Unrestricted by an internal-combustion engine, the I-PACE has a cab-forward layout, lengthened wheelbase, and reduced overhang in the front and back that give it a pleasingly athletic and un-self-consciously futuristic profile. Under the “hood”: a 90-kWh lithium-ion battery set powers two motors, 400-plus horsepower and 516 lb.-ft. of torque. Is it going to kill the Tesla Model X? I wouldn’t bet against it. —Mike Guy

A mid-engined 911 racecar will likely have the same effect on Porsche purists as a triple cheeseburger moulded to look like a butternut squash would have on vegans. That’s why Porsche’s new RSR is an act of courage on par with Shackleton’s escape from Antarctica. With front-mid-engined GT rivals’ inherent balance now outstripping the rear-engine 911's ability to get power to the pavement, the team from Weissach had to make the most monumental decision in their lifetimes: to go mid-engine. And they made it because winning races is more important to the brand than maintaining a pure structural legacy. That’s the way it should be.

Luckily, with a graceful new profile, the new mid-engine 911 RSR is the sexiest Porsche GT racecar in recent history. And a new, naturally-aspirated 4.0-liter boxer six will likely be a win for throttle response. Porsche says that new mill has a torque profile that can compete with the turbocharged Ford GT and Ferrari 488 GTEs, by way of new balance-of-power regulations. —Mike Spinelli

My favorite vehicle from the LA Auto Show was the 2017 Hyundai Ioniq. The Prius never felt right for me (too Larry David?) but the Ioniq definitely does. The Ioniq combines great, Ford Focus RS-type looks with electric, hybrid or plug-in hybrid efficiency, while simultaneously promising decent performance.

In addition to its Earth-first powertrains, the car's construction itself is very eco-friendly—25 percent of the material used in the door trim panels is sugar cane, for example. And Hyundai is selling it on a subscription basis—one monthly payment that includes the car, the maintenance, and even the power to charge it up. Hyundai is thinking different, and in my opinion, that will resonate with the public. —Eric Goeres

Jaguar’s electric I-PACE made people drop their jaws in LA. But the Discovery, from Jaguar’s corporate mates at Land Rover, will make people drop a monthly payment. The Gerry McGovern-styled Discovery isn’t a square-shouldered brute like the old LR4, but it’s clearly a superior SUV: 1,000 pounds lighter than the LR4, a lovely seven-passenger interior (including a smartphone app to power individual seats up or down), a diesel V6 option. And the aluminum-intensive Disco is no dance-club poseur, with off-road chops that include 35.4 inches of river-fording depth. The water’s fine, especially for $50 grand to start. —Lawrence Ulrich