The new 2017 Jaguar F-Pace is probably the handsomest mid-size luxury crossover on the market. And it is most certainly an outlier for the brand, a radical break in their eight-decade heritage. Whereas Mercedes-Benz sold the world’s first truck back in 1886, Lamborghini and Porsche got their start developing and building tractors, and BMW produced delivery and utility versions of their Wartburg sedans as far back as the 1920s, Jag has never before built a truck.

But all of this startling uniqueness meant nothing to the woman in the parking lot, who took one look at my $61,000, top-of-the-line F-Pace 35t R-Sport slathered in British Racing Green and asked, “Is that the new Porsche SUV?”

Despite the bland utilitarianism endemic to the crossover segment, these vehicles have become not just ubiquitous, but borderline requisite for upscale automakers vested in the American market. According to Jessica Caldwell, executive director of industry analytics for noted vehicle research firm Edmunds, this year, luxury crossovers have outsold luxury cars here for the first time ever.

"In the United States, sustained low gas prices have sent demand for these vehicles through the roof,” Caldwell says. “And judging from sales, it's fair to say this market welcomes SUVs of any size or from any marque.”

Though enamored of hyperbole, I’m wary of overstatement. Given the introduction of sporty new luxury crossovers from brands like Tesla and Maserati, in addition to the almost metastatically proliferating sport-ute lineups from Audi, BMW, and Mercedes, I’m left wondering if, in entering this ecosystem, Jaguar will sate its apex-predator appetite with cannibalism. After all, the appetite for these vehicles can’t be unquenchable, and it seems that potential buyers of the F-Pace—that is, fans of ole Blighty—might otherwise just be potential buyers of Jaguar’s sister brand, Land Rover.

Caldwell assures me that this isn’t the case. She says that sales of luxury SUVs are up twenty percent since 2014, and still growing, and that Jaguar wasn’t losing out to its sibling but to other, crossover-rich brands. “Edmunds cross-shopping data shows that F-Pace shoppers are looking at a wide variety of vehicles including Audi Q5, Mercedes GLC, and Porsche Macan. Jaguar needed something to plug that leak.”

This fresh paw seems to be stopping-up the proverbial dike. According to Edmunds’ data, the F-Pace was Jaguar's best selling model last month, accounting for more than forty percent of the brand's sales. Moreover, Jag's June sales were more than double last year’s, up 125 percent, leading the marque to register its best numbers in more than a decade.

Still, an SUV is not only new to the brand’s heritage, it's somewhat antithetical to many consumers’ pervasive (if somewhat outmoded) perceptions. A crossover, for most users, is an inherently everyday vehicle. A Jaguar is, in many people’s minds, a beautiful but finicky machine ill-suited to the duties of pedestrian runabout.

This doesn’t flap the unflappable Caldwell. “Official quality/reliability data isn't something we track or publish. But considering that nearly half of all luxury SUV buyers are leasing, long term reliability isn't something lessees generally stress over,” she says. “Additionally, people who are stepping outside the proverbial luxury SUV box and going with an F-Pace over more a more well established model like the Lexus RX might be aware of Jaguar's longtime reputation issues.”

As a Jag lover and vintage British vehicle aficionado, I decided to put all of this to the test. So I spent ten days in the new F-Pace, driving it around 1,000 miles to and from a week-long vacation with my boyfriend’s family in the Adirondacks—one whose itinerary included ten adults, three teenage nieces, two tagalong tweens, and a remote lakefront Great Camp up a very lengthy mountain driveway.

My in-laws arrived in a Toyota 4-Runner and a Honda CRV, down-market from me as usual. But regardless of whether it was parked next to these flat-rate boxes, or next to a BMW X5 or a Range Rover Sport, the F-Pace—like its sedan and coupe brethren—stood out for its taut muscularity and menace.

It exhibited much the same demeanor on the road, with hunkered-down dynamics—excellent on center steering feel, and sharp responses—that belie its high seating position. In fact, there’s something almost dissociative about the F-Pace; the door openings are large and close to the ground, but you somehow sit at Wrangler level. It’s only one inch longer than a Porsche Macan, but unlike that impacted insectoid, it can fit three normal human passengers (or five teens) comfortably, and has nearly twice as much cargo capacity. Despite the stygian black-on-piano-black interior of my test vehicle and the sharply raked rear, the generous side glass and high panoramic sunroof made the vehicle feel light throughout. Its new, 10.2-inch touch-screen swiped, pinched, and tapped without any of the usual mis-CUEs or Jag-ged jitters. And its multi-mode throttle and suspension settings and supercharged V6 made it a decently efficient distance cruiser (21.5 mpg overall), as well as an appropriately raspy stoplight charger and sure-footed soft-roader.

“That was the most fun I’ve ever had in a car, ever,” one of my young charges said after I burned up the long, narrow, twisty, potholed gravel driveway like a rally stage driver.

I wish there were hard buttons for oft-used features like turning on the nav, or turning off the HVAC. I wish the gas tank held more than 300 miles worth of fuel per fill-up. (Get the diesel, is one answer.) At times, especially in Sport mode, the F-Pace’s throttle response was a bit too sharp for my taste, and for all of the groceries and suitcases and liquor bottles we had packed. And because I’m a glamorous (tacky?) bitch, I could do with a bit more chrome and jewelry on the body. But this is indeed a practical and everyday-usable vehicle, as well as very much a Jaguar: clubby, luxurious, smooth riding, nimble, and a welcome standard deviation from the German/Japanese/American norm.

In ranking my favorite new luxury crossovers, the F-Pace comes in right where it will in Jaguar’s year-end sales figures. On top. 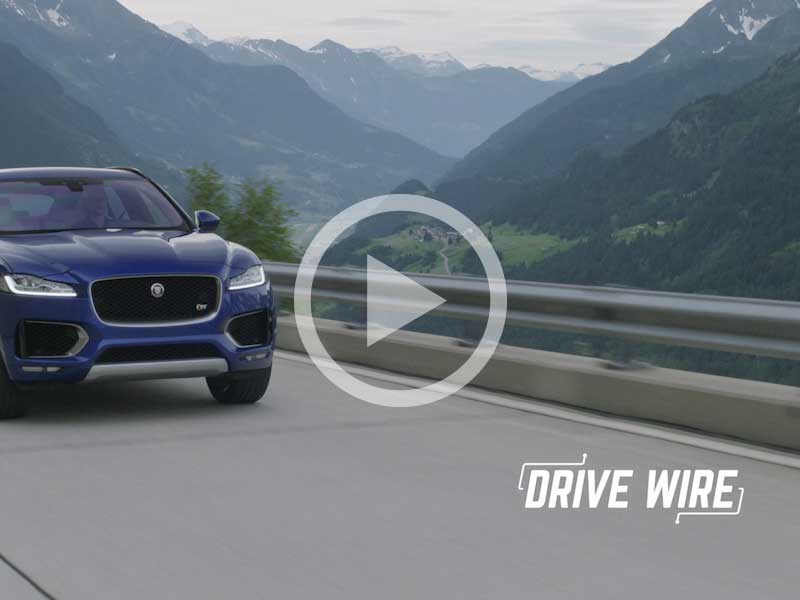 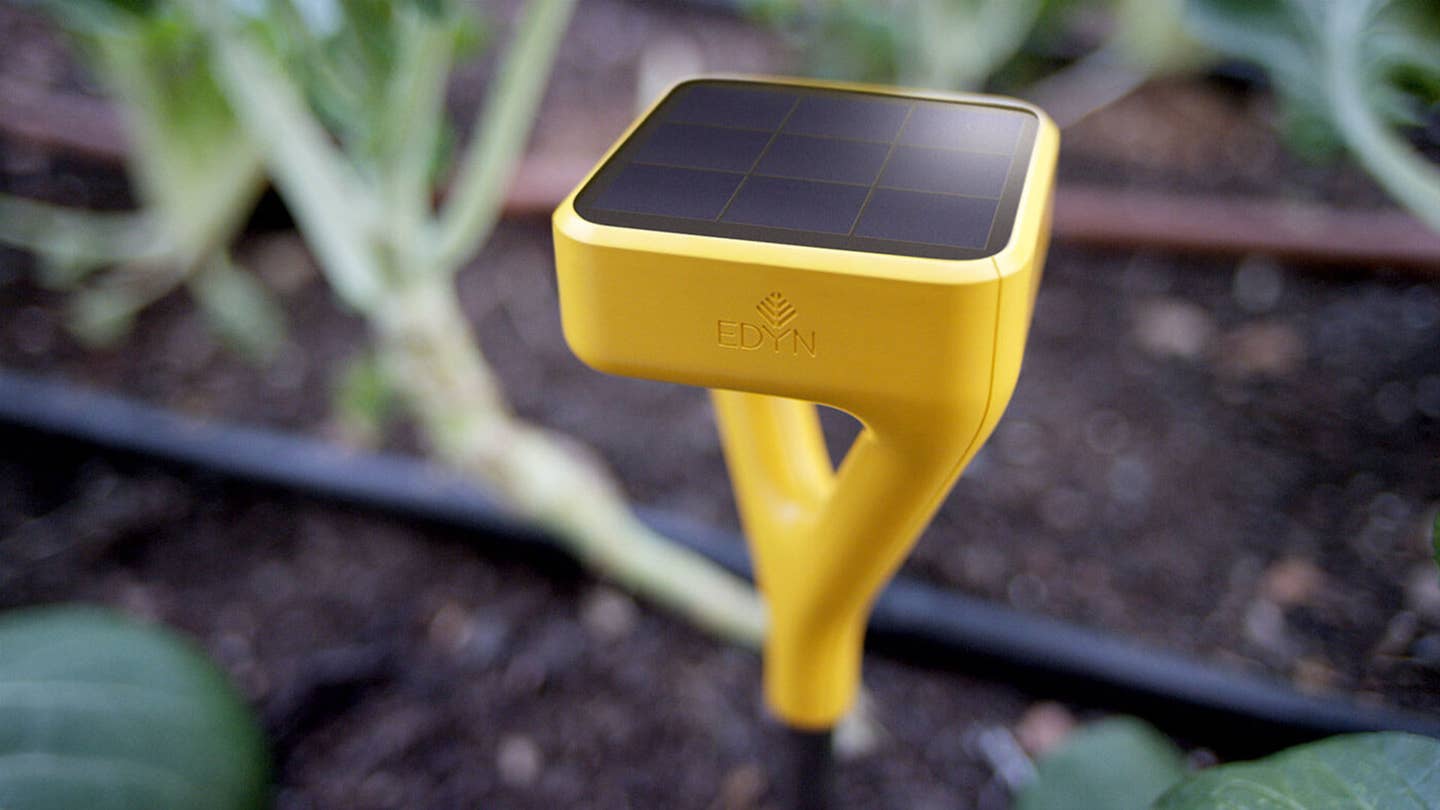 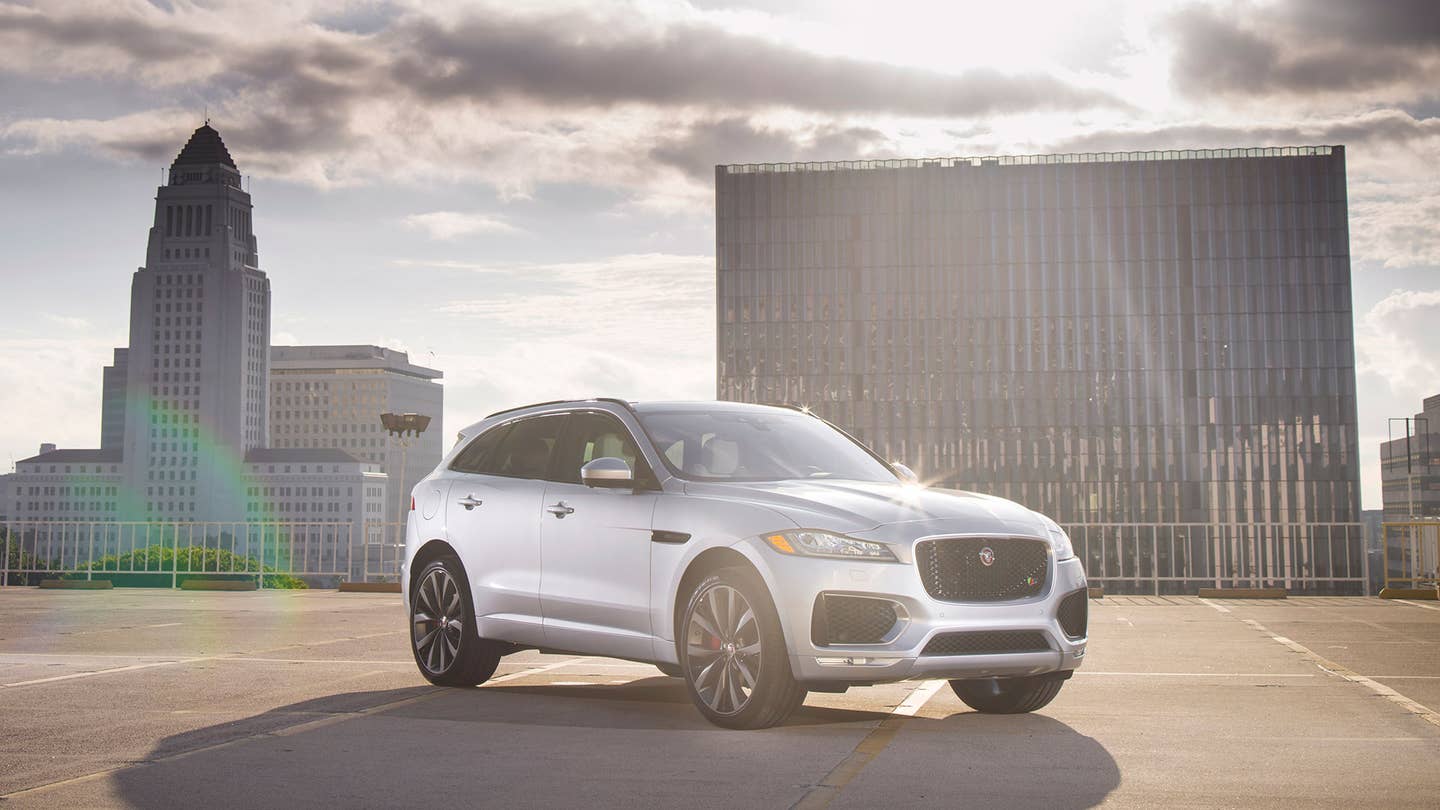 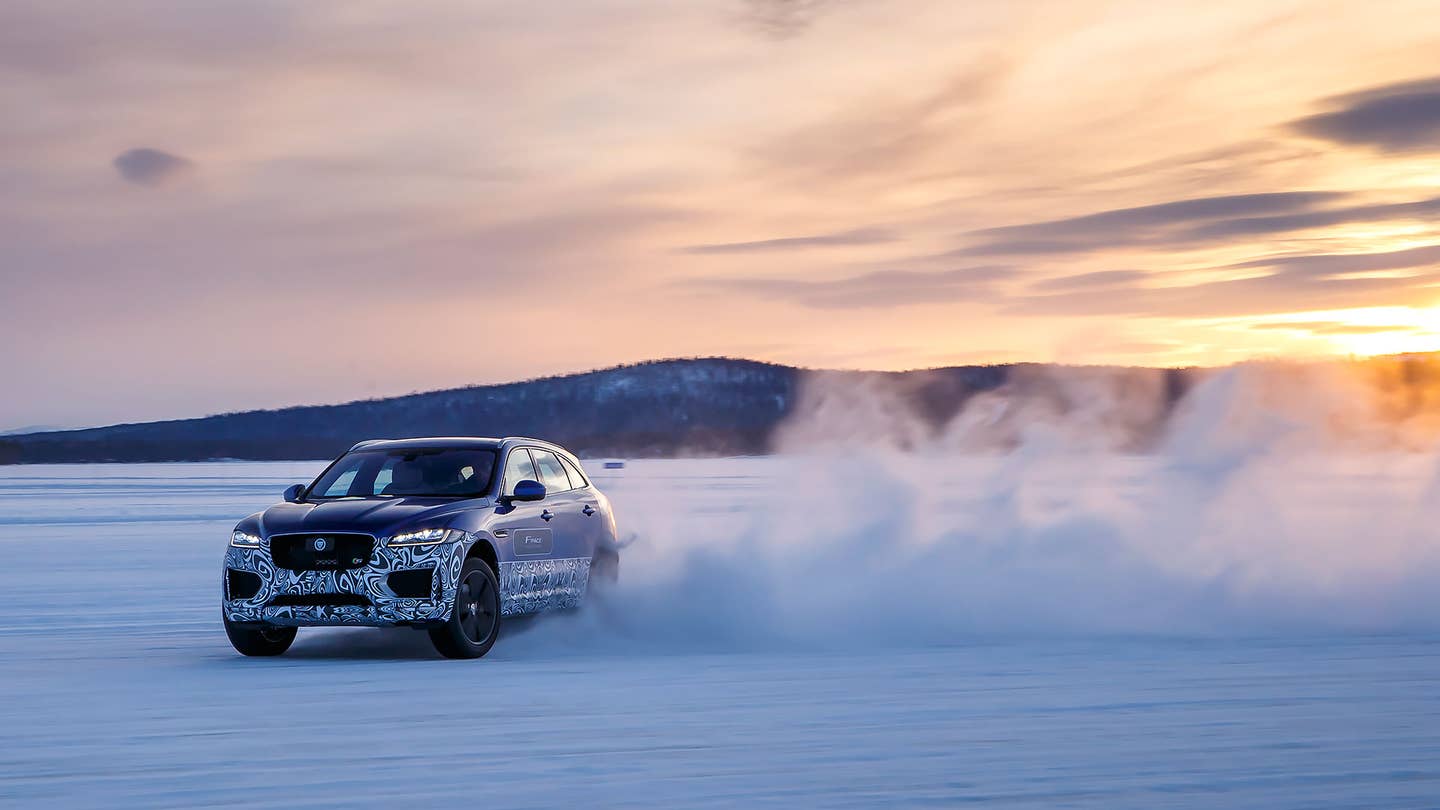 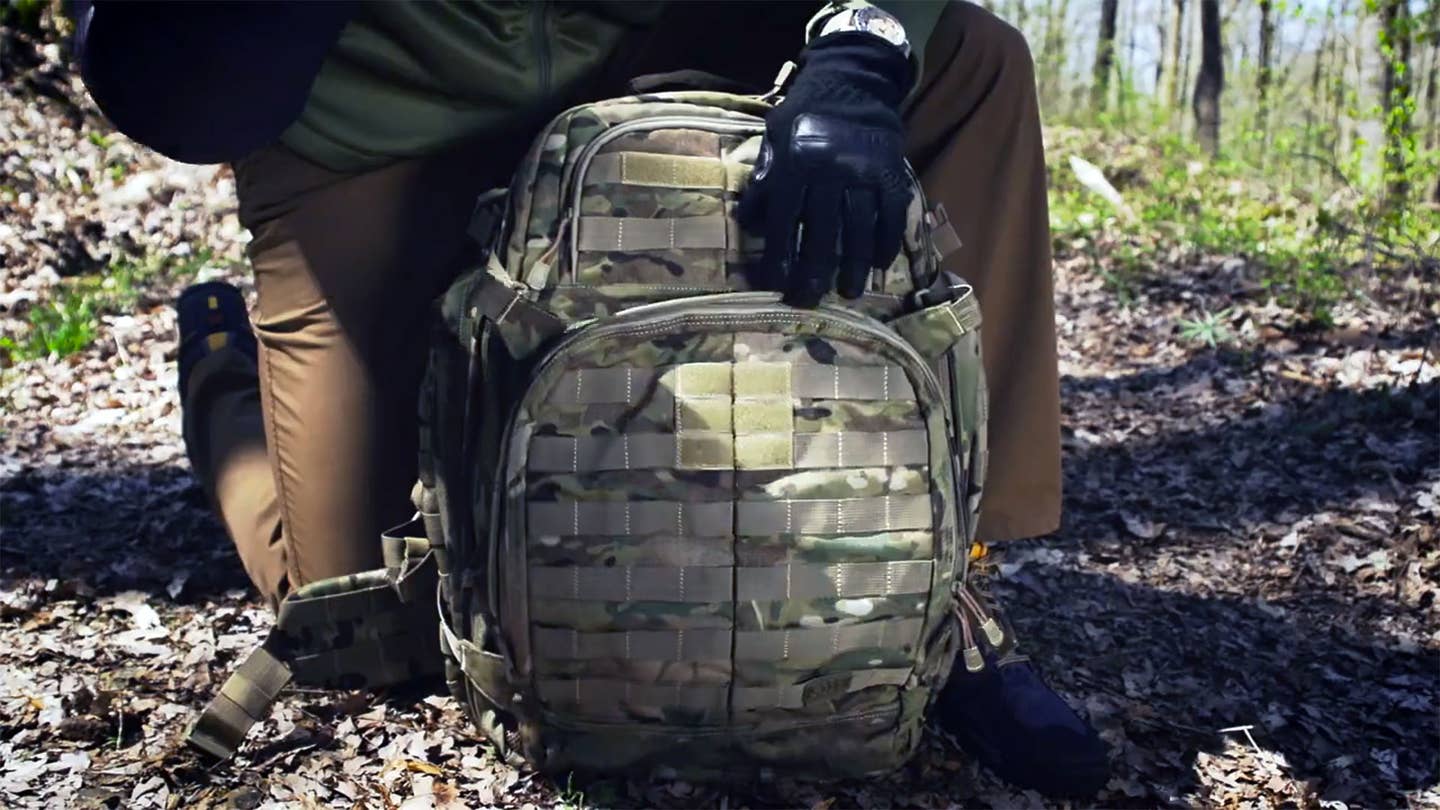 Mazda Makes Its Millionth Miata and the F-Pace Gets a Pricetag: The Evening Rush