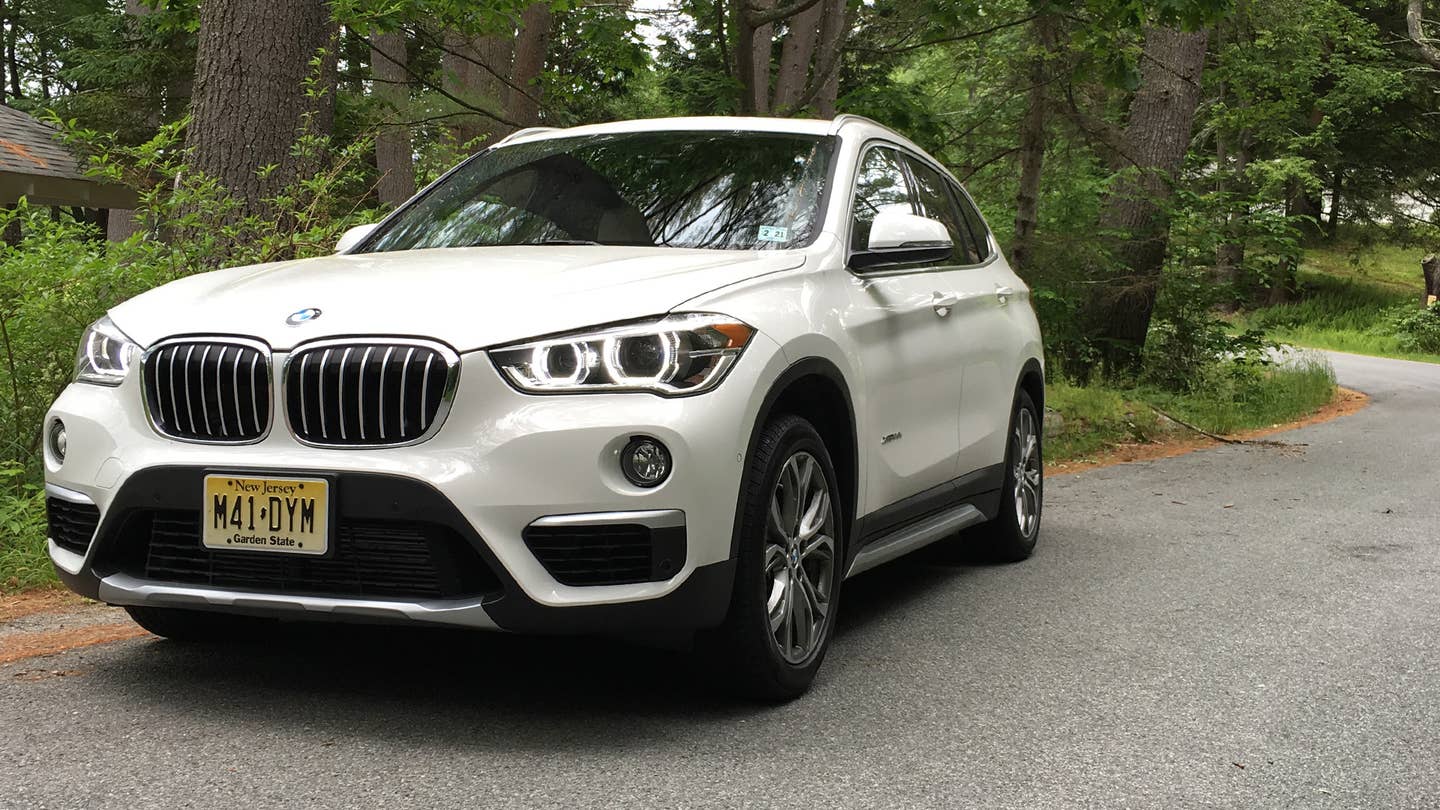 I’m not a huge fan of the car-based, high-riding proto-SUVs categorized as "crossovers"—give me a hatchback or a wagon for everyday practicality, and a big SUV when I need to haul crap. But that makes me an outlier among the American car-buying public, which apparently prefers to split the difference and drive a vehicle that adds weight and inefficiency and diminishes responsiveness when compared to a car, yet lacks the true capabilities of a truck. A crossover is a sleeper sofa on wheels: as a couch, it’s heavy and misshapen in all the wrong places; as a bed, it’s off-size and under-padded and unstable.

But sometimes your nieces visit, and they need to sleep.

The new BMW X1 is the Bavarian brand’s latest and greatest attempt to pander to American consumer tastes. Instead of being built on a properly sporting rear-wheel-drive platform, as every other BMW in modern history has been, and on which the brand’s reputation is based, it's built on a platform shared with a front-wheel-drive Mini. As a long time and current BMW owner, I am supposed to consider this blasphemy. But, as with my response to the latest trends in sofa bed construction, I’m having a hard time giving a shit.

The new X1 is shorter, lighter, and more efficient than the outgoing model. It has significantly more rear legroom and cargo capacity. It has improved front- and rear sightlines. And it has a fantastically upgraded interior with handsome wood, usable switchgear, and real cup-holders, instead of the ersatz prosthetic ones that you had to strap on to the console of the previous generation. (I’m usually not one to complain about front seats, but the ones here are inferior; perhaps they, too, are shared with a Mini?) It has a bit less power, and it’s not as quick as the prior model, but it has a well-dampered suspension that minimizes harshness and body roll and steering feel like most contemporary BMWs. Also, who cares? Certainly not the people who will buy it

And this is the point. BMW is, like all automotive manufacturers, in the car business, not in the heritage-preservation business. Just as it's making its performance vehicles more performance-oriented, doesn’t it make sense for it to make its crossovers more…crossover-y? It’s still the sportiest and most luxurious and best looking vehicle in the category; I’d pick it over the lumpy Audi Q3 or the rattly Mercedes GLA. (I wouldn’t even consider the tarted-up Lincoln MKC or the truly heinous Lexus NX.)

If someone forced me to buy a small crossover, I’d probably buy a Mazda CX3. If one of my upscale friends asked me which small crossover to buy, I’d tell them to get an X1.