Finding Texas in New York City, From Behind the Wheel of a 3-Ton Cadillac

Recently, on a packed 5 train, a man burped into my ear. I didn't smell it—adorable, the thought that a tiny, milky-coffee burp could overcome the musk of a morning train—but I felt its wind. Like a little tempest, the event shot straight to my eardrum, banging out a message: You have to start driving to work. New York, for its joys, can be packed, myopic, crouched, dim; its residents, most days, live in an existential loafer a full size too small.

Then, Friday afternoon came and with it, one 2016 Cadillac Escalade Platinum, as shiny and tippy-toed as a UT Austin drum major. Instead of the funereal black of the Midtown livery Escalades, the car was a light cornflower blue, looking like a precision-cut cube of the sky beneath which it was made in Arlington, Texas.

The quest: in such a truck, and without leaving Brooklyn, could I experience the belch-free luxury, swagger, and space the Lone Star State promises loudly and often?

I have a friend, Clara, who grew up twenty miles from the GM factory, in Dallas. She’s technically French (passport and everything), faintly Jewish, and into queer poetry—definitely not your stereotypical Texan. But a strong enough brine can pickle any vegetable, Foucault-spouting or otherwise; Clara would be my guide to finding a metaphysical Texas within the city limits. In return, I gave her three Shiner Bocks.

Unlike most New York City girls, Clara had a car in high school, a burgundy-over-burgundy Bronco II (since deceased, RIP). At a cost of nine miles-per-gallon, it facilitated The Cruise, straight out of Dazed and Confused, all burble and breeze.

“I miss driving around with the windows down, blasting music. It's easy to feel good," she says. The Bronco usually died at stoplights, unless its driver simultaneously mashed the gas and wrenched the ignition over to “start.” All the more reason to keep driving.

While—with due respect—the 420-horsepower, Apple Carplay-equipped Escalade is several times the truck of that beleaguered Bronco, I thought that, maybe, for one night, we could cruise and chase a down a little barbeque. Sunday evening, with the sun at its dusky best, we drove to Hometown Bar-b-que, in Red Hook, the tastiest in Brooklyn.

The ride had real swiftness to it, a long charge rather than a frustrated, urban hopscotch. A big engine and GM’s famous Magnetic Ride Control suspension reduced Brooklyn cobblestones and pavement divots big enough to swallow a BMW X3 into distant and minor wump-wumps. The mesmerizing, 22-inch chrome wheels made things a little more granular than they’d be with regular-scale rims, but who’d forsake flash on a Lone Star chariot?

Inside, the haptic spasms of Cadillac’s CUE interface have been trained into tolerable submission, and the inclusion this year of Apple’s CarPlay means your music (your Lyle Lovett) is seamlessly accessible. The seats knead you and Cadillac air-conditioning, as ever, is the most powerful force on earth: greater than gravity, stronger than love.

More important than tunes or a massaged and cooled ass is perspective. Literally. Driving an Escalade is like climbing your city’s water tower, then slotting a column-mounted shifter into “D” and rumbling away, grinning at the thundercloud of old-school V8 noises and new-school thrust. (The Escalade is a 5.5-second-to-60-mph truck every day, everywhere.) Everyone, save coach buses, is literally beneath you, and those transportation systems aren't really in contention for the kingliness crown, eh?

We arrived, feeling regal. Hometown Bar-b-que evokes central Texas with the same intensity with which it smokes its pork. The two big rooms have Shiner signs, a long bar each, and a combined 4,500 square feet, enough to feel like you could twirl, Maria Von Trapp-like, with a full rack of spare ribs in each hand without disturbing a single patron. Not that you could hold a Hometown rib in hand long enough to get a full rotation—the things seem to gravitate towards the lips like heat-seeking missiles packed in a turbinado-sugar crust.

Between us, we had half a pound of pulled pork, two slabs of brisket, a quart of pickles, and an unmentionable amount of queso-laced mac-n-cheese. Juiced with a little IPA, one diner may have applied a little brisket grease to the back of one set of knuckles, then rubbed both sets together—beef fat as peppery moisturizer.

Eating in a place that resembles nothing so much as a half-abandoned Texas dance hall—exposed wooden rafters, luxurious big-format Old Glories draped between Christmas lights—felt far from the 5 train. Deliciously, indulgently far. Toppling out of a Cadillac with more interior volume than the Alamo and piling into a smoky meat warehouse helped this spine elongate, these fingers frill, and these eyes widen (if only to read the sides menu in the dim joint). Hang me up like one of the flags, boys—I’m unfurled.

You can’t always go back to Texas, and it might be years until a New Yorker makes his first trip, but in the world’s most glorious full-size Cadillac, on the way to a barbeque place that encourages stretching out, the actual geography of things can seem pretty arbitrary. 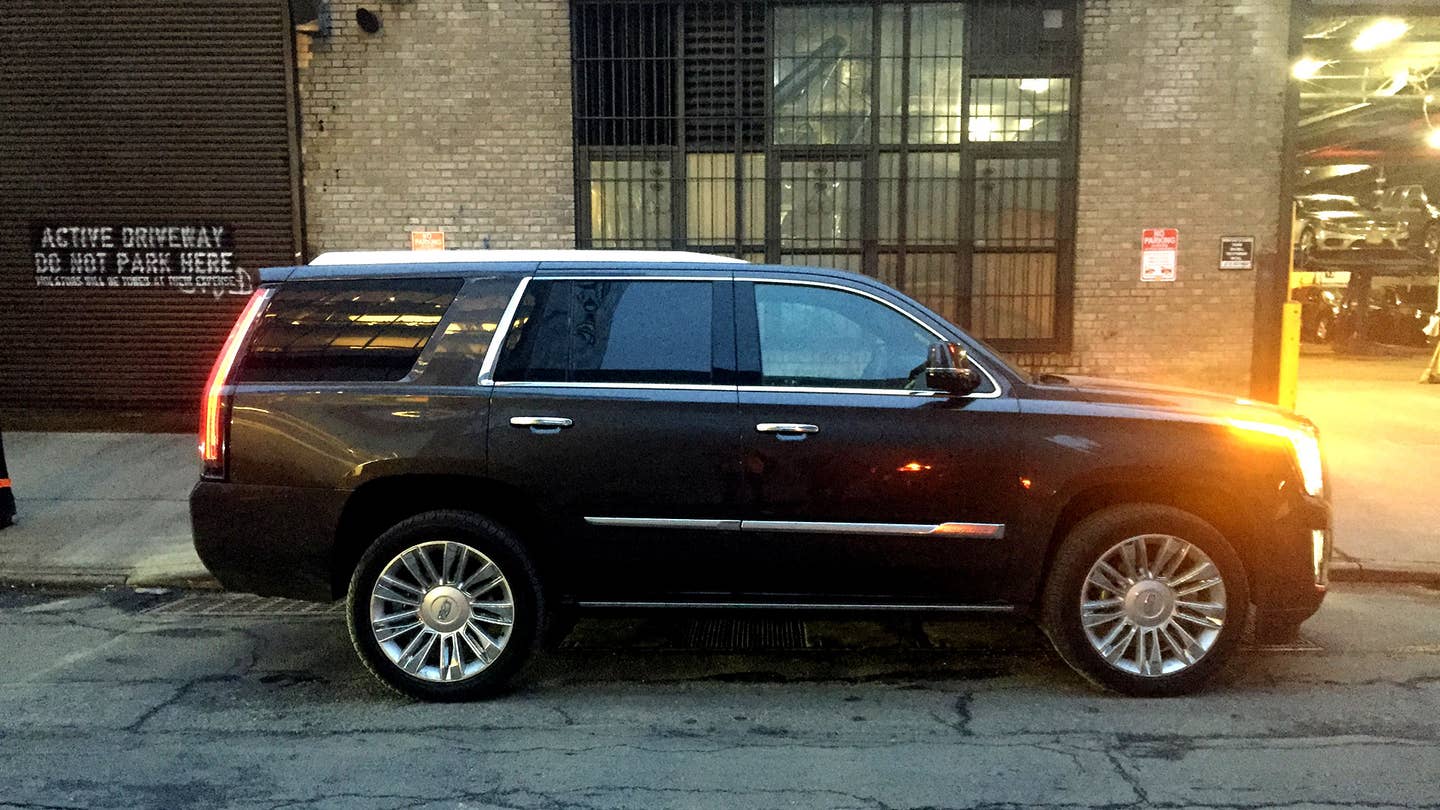 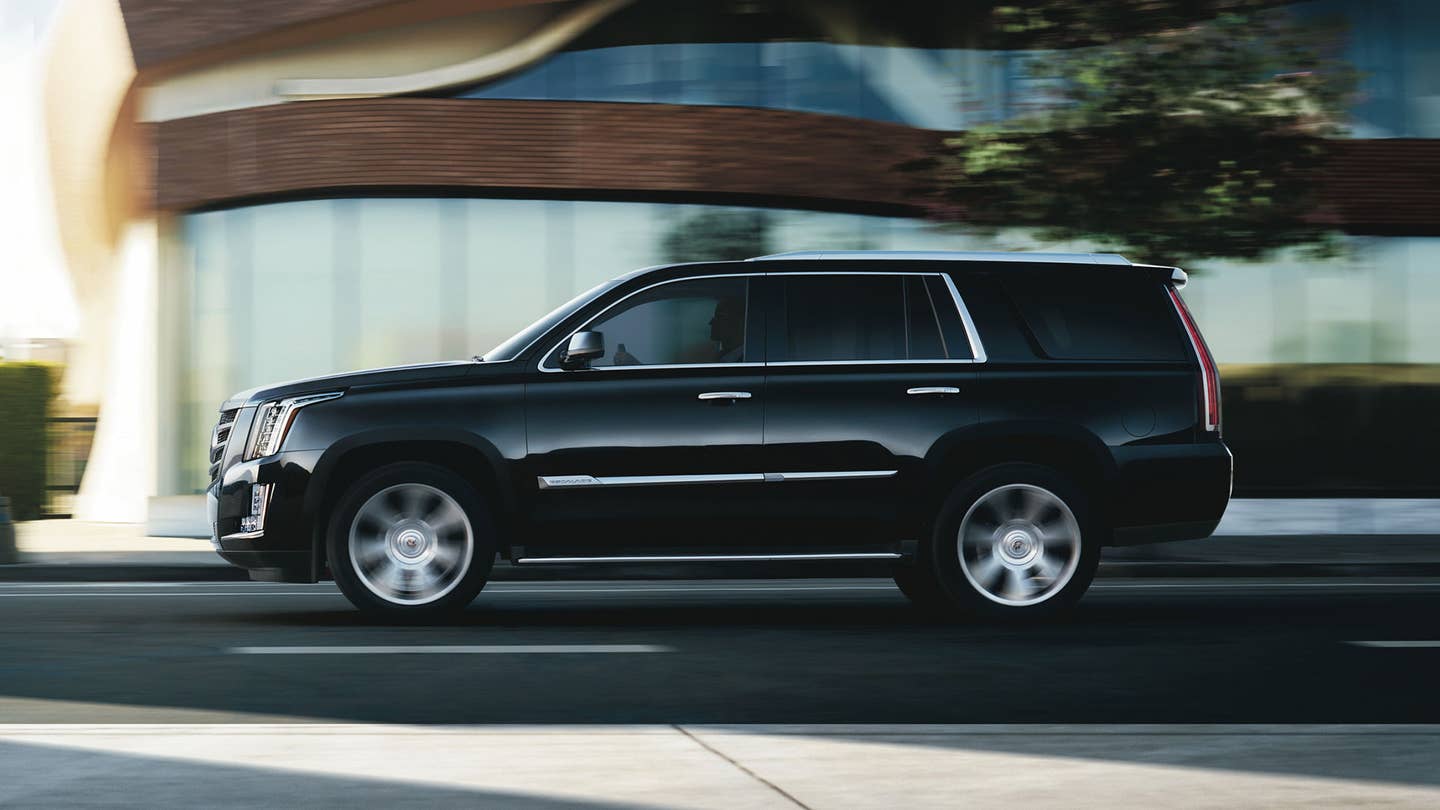 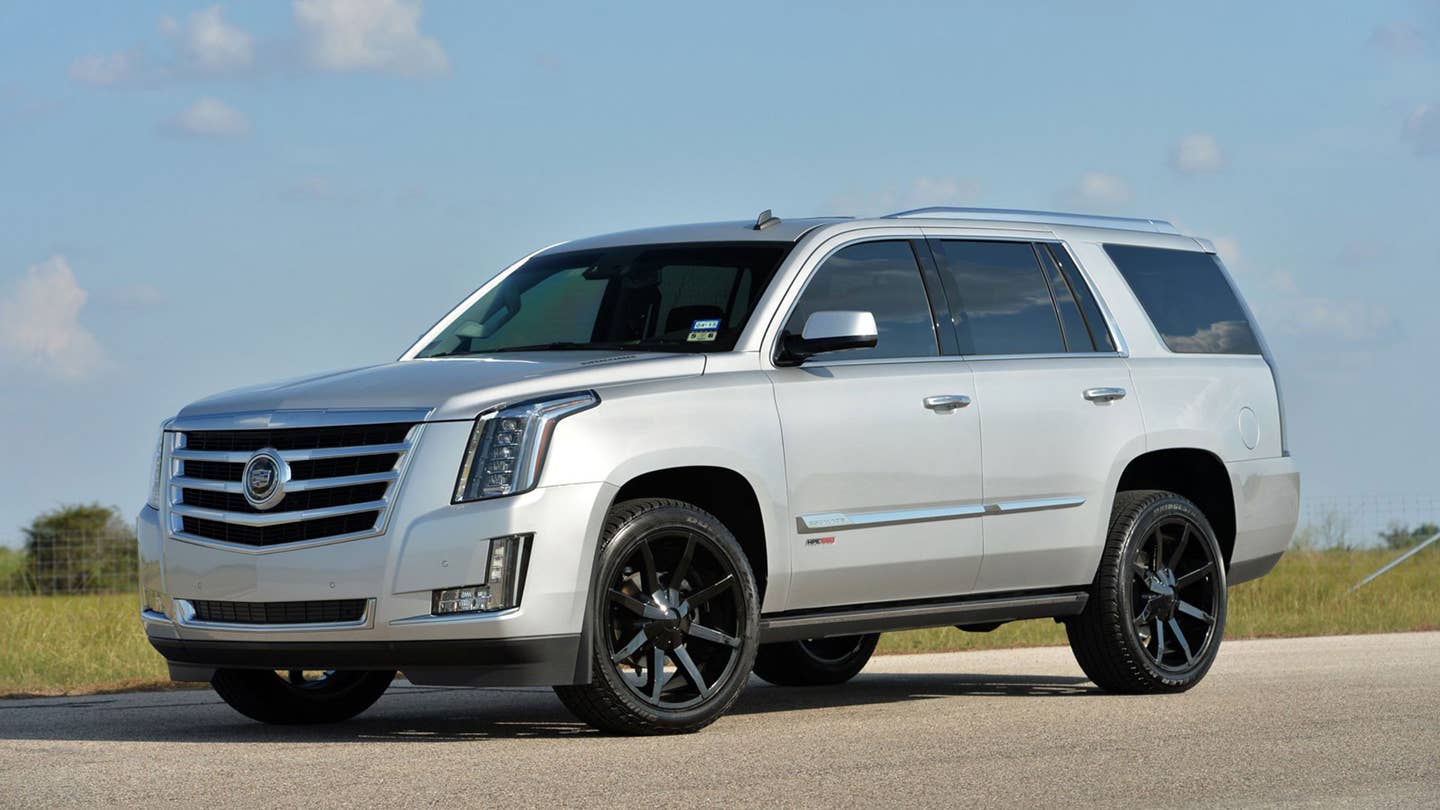 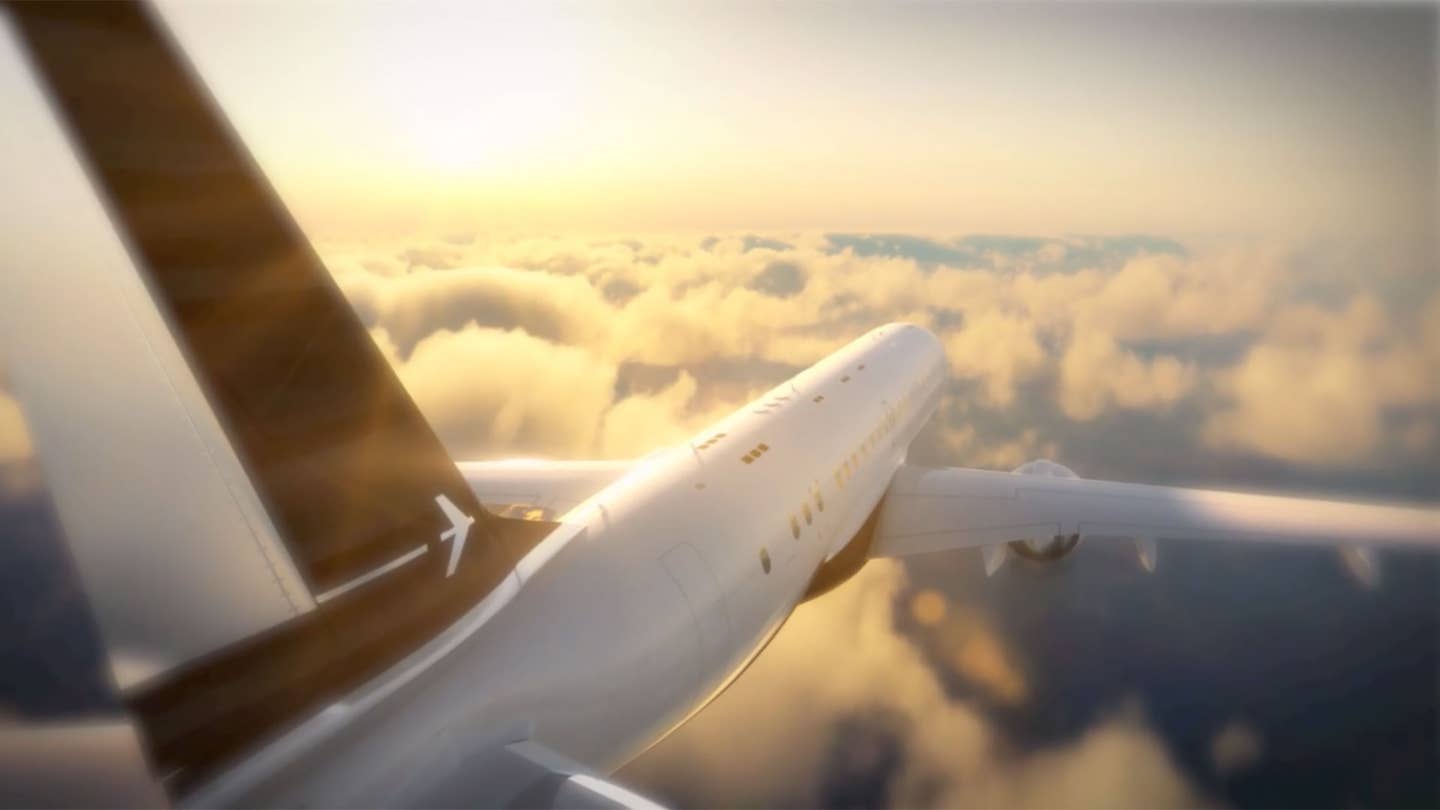 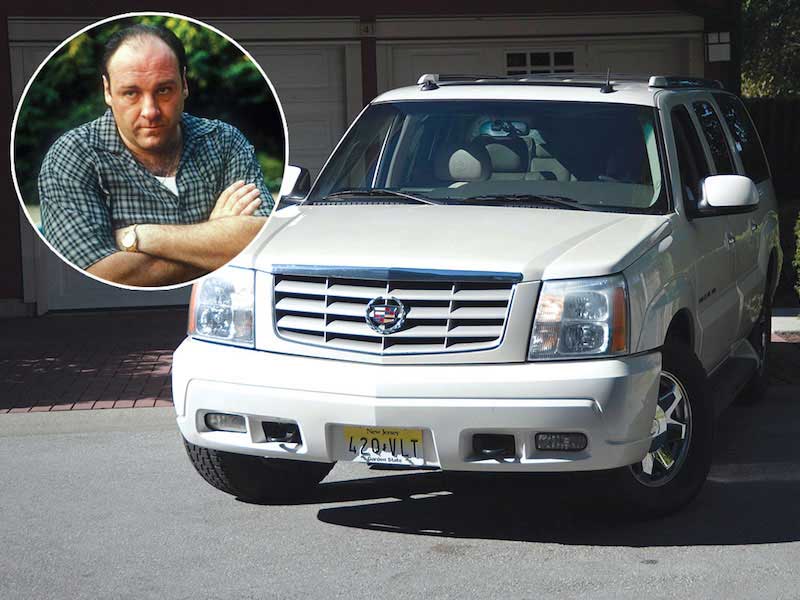