Is this 382-HP demon the WRX STI you buy when you start having to wear a suit to work? AMA about this AMG. 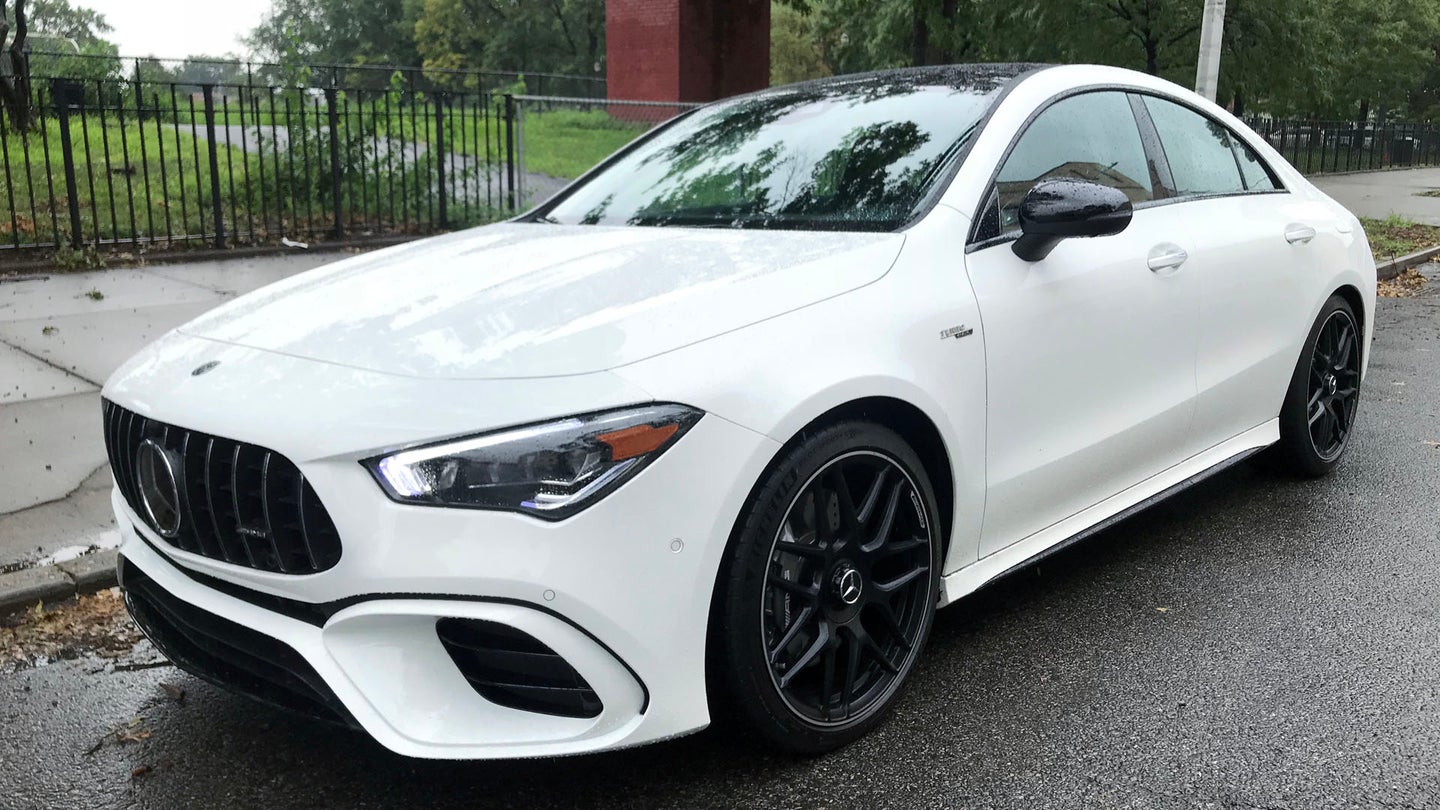 I don't know what possessed Mercedes-Benz to look at the sedan market in the U.S. and then decide it needed two compact four-door variants that are nearly identical, but I am very glad they come in AMG form. Meet the 2020 Mercedes-AMG CLA45, now good for 382 horsepower. I'm driving one for the next week. What do you want to know about it?

The first CLA, which came to America in 2014, was—how do I put this—not great. It looked, felt and drove like much more of an economy car than the rest of the Benz lineup, and always seemed like it existed to get people into showrooms on the promise of reasonable $299 lease deals before a salesperson could work their magic and get those buyers into a GLE or something instead. Its AMG variant, the original CLA45, seemed great on paper, with all-wheel drive and a very powerful turbocharged 2.0-liter inline four, but its execution couldn't live up to the promise.

So now we have an A-Class sedan and a slightly more coupe-like CLA sedan in America, and the latter comes in improved AMG form: 2.0-liter turbo four, 382 HP, 354 pound-feet of torque, all-wheel drive, eight-speed dual-clutch gearbox, and a host of suspension, braking and interior upgrades. (There's an A-Class AMG too, the A35, and a lesser CLA35; both make do with 302 HP. Hatchback and shooting brake variants exist in other markets, but not this one.)

You don't have to go to a European rental car counter to know that the front-wheel-drive A-Class hardware isn't the fanciest thing around, so in theory, this is AMG's take on a performance sport compact car. The numbers are certainly nothing to sneeze at: this CLA45's zero to 60 mph time is said to be just four seconds flat. But can it overcome the cheap interior, subpar tech and clunky gearbox that plagued its predecessor? We'll find out.

The CLA45's base price is $54,800. With options, including the performance steering wheel with drive unit buttons, sport suspension, heated and cooled front seats, a package that includes active LED headlamps with adaptive high beams, the Burmeister sound system and more, our tester comes in at $73,665. We're decently into C63 territory at that price, and I'm not yet convinced it's worth it.

What do you want to know? Ask away.