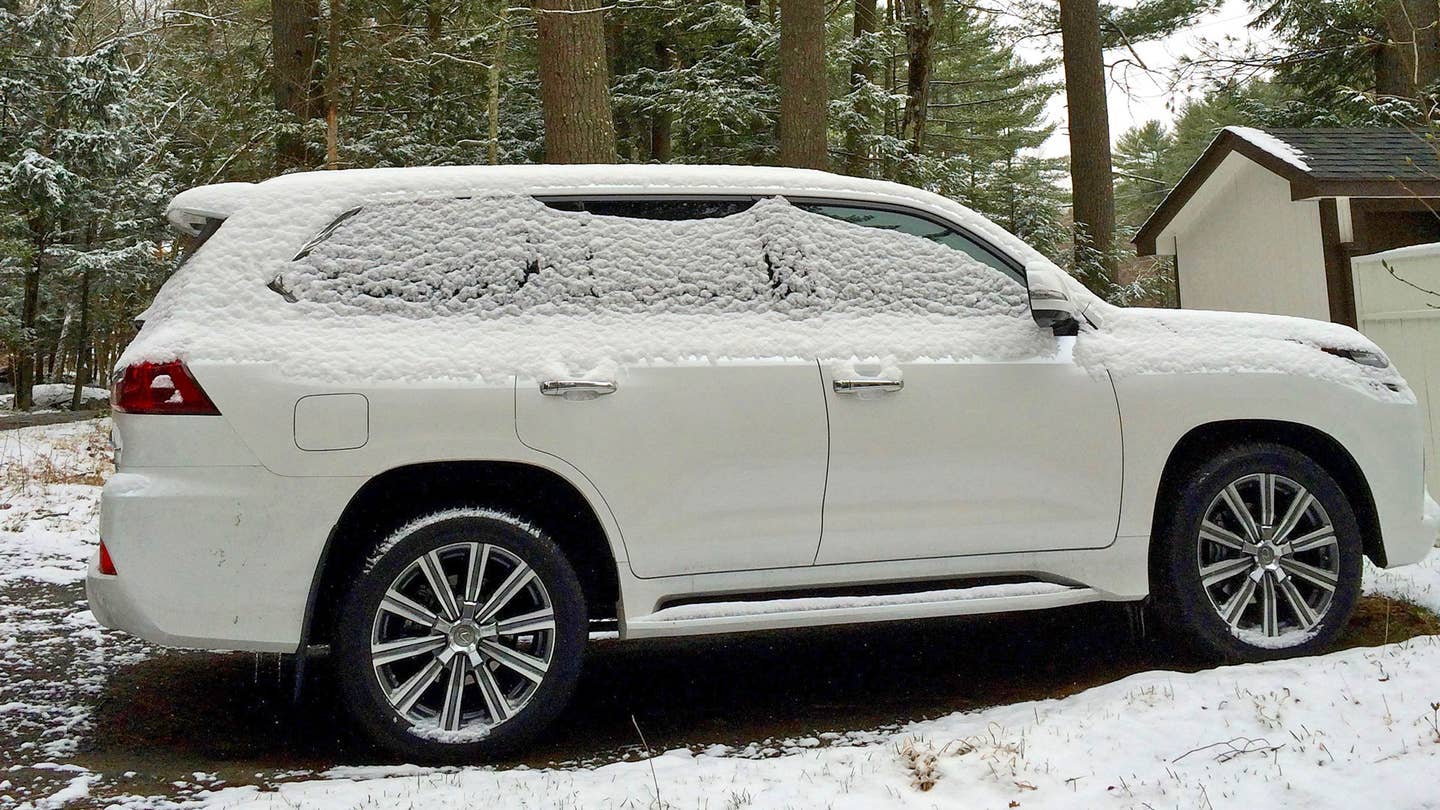 If you’re an upscale urban homosexual of a certain age and you’re in the country for the weekend transporting a six-strong table of gays to a destination restaurant for a birthday dinner, and it’s a late spring night that's somehow threatening snow, there are very few choices for appropriate conveyance. This is especially true if the birthday boy, accustomed to your position as one of the nation’s preeminent schnorrers of ultra-luxury vehicles, and in possession of a sharp memory for transgressions, sends the following note prior to the date:

“We'll expect to be picked up in a VERY fancy car, in particular to make up for that B-day dinner several years ago when we were picked up in a Odyssey Minivan. Oh the horrors!!!”

Having recently spent time in an $84,000 Toyota Land Cruiser, I thought it best to nab an LX570 for the blessed event, if for no other reason than to see what Lexus could possibly add to Toyota’s priciest vehicle to make it more luxurious, especially given the fact that the Land Cruiser has virtually no available options, and the Lexus has a base price just five grand higher.

Turns out, not much. The Lexus has nicer leather, but that’s an extra $1,190 option even on the 570. It has 21-inch chrome ten-spokes—again an up-sell of $750. It has slightly more beveled bezels surrounding the gauges. It also has two more horsepower, though the V8 still feels unrefined and underpowered compared to its competitors; it does, however, seem more insulated inside the Lexus. Maybe the redolence of perforated, brown semi-aniline hide has some effect on my otolaryngology?

The Lexus did come with one additional standard feature, a button on the massive, button-laden piano black center console labeled “Climate Concierge.” What the fuck does that do? Well, contrary to what you might think, it doesn’t ask you how you’d like your weather this morning, or provide climate-canceling Bose headset to counteract global warming. Turns out, it integrates seat and steering wheel heater settings into the automatic climate control, a choice exactly no one wants to cede to a computer unless they enjoy the panicked feeling associated with a surprise hot seat, a sensation not dissimilar from—surprise!—incontinence.

Despite this, the big Ute was ideal for our purposes. It made every passenger feel like a classy lady. It surrounded all aboard with Siriously Sinatra for show-tune sing-alongs. And it took everything we, and Mother Nature, could throw at it, with aplomb.

If only we could throw something at its prissy face—and perhaps at the rest of the styling as well. “Less attractive than a cinder block,” one friend said. I’d pick the Land Cruiser over this on looks alone, but I’d prefer a Yukon/Escalade or Mercedes-Benz GLS to either.