Wait, they have one of those? 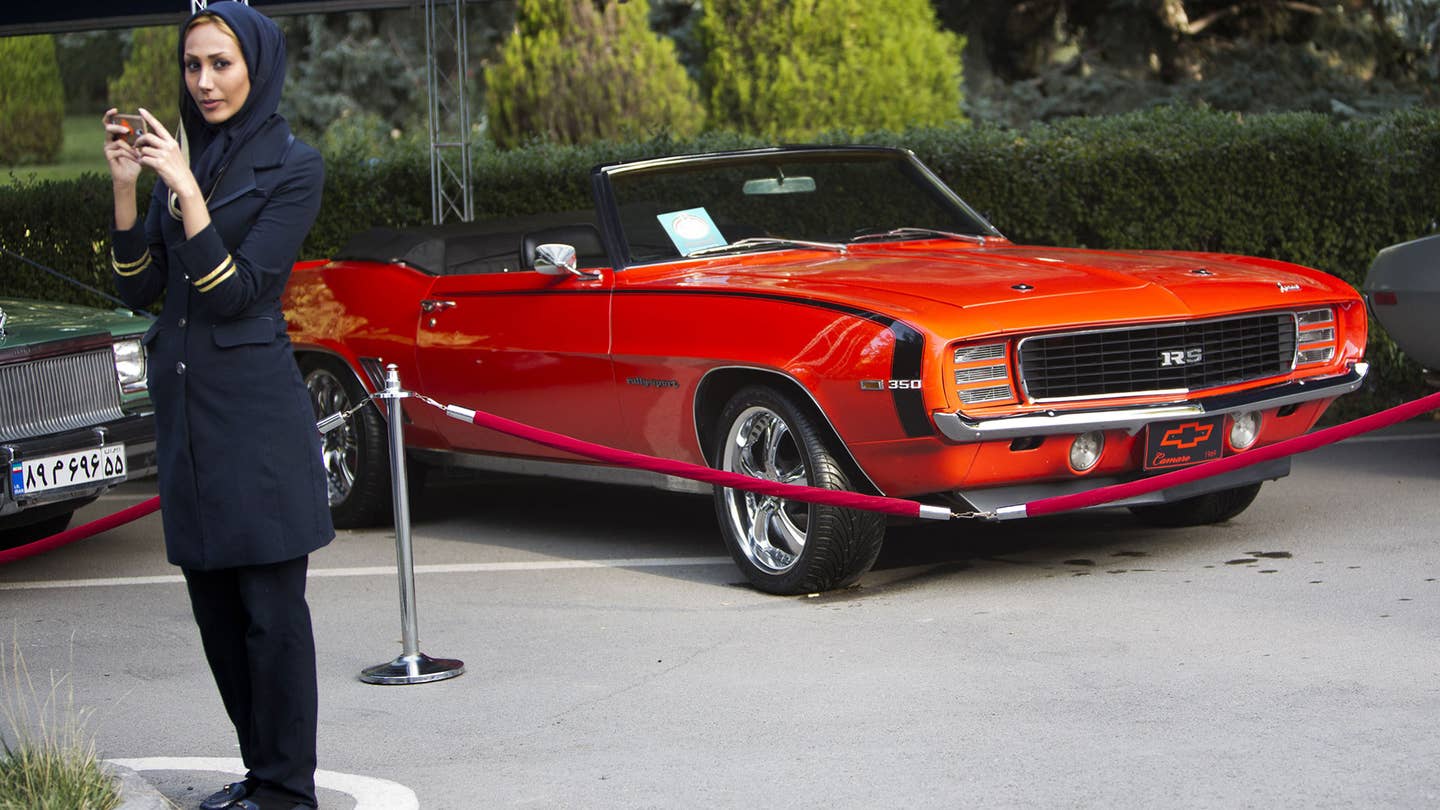 Its leaders rattle sabers, spout retrograde gender views and obfuscate around their nuclear ambitions, but when it comes to cars, Iran is just a big, fat Persian pussycat. Witness the spectacular garage amassed—and ultimately abandoned in great haste—by the shah, on view just outside Tehran. Idle near one of the capital’s perimeter roads at 2 A.M. and see scions of the political elite gunning their Gumperts and GTAs on the highway ramps like real-life Fast & Furious goons. Visit a park for a car show, such as the one pictured above, and revel in a scene worthy of a National Geographic cover. Iran is car mad, and it’s exporting the mania to its neighbors.

Iran Khodro, the region’s largest automaker, has announced it will build cars in the Gulf sultanate of Oman. The Drive can hear the cogs turning in some readers’ brains. Surely Iran, hollowed out by recent sanctions and decades of post-revolutionary foffing-off, has zero heavy industry to speak of, right? Iran Khodro builds cars out of scrapped Ladas and date paste. Don't they? In fact, Iran has one of the most talented engineer corps in the world; not for nothing is the country an atom’s width away from becoming a nuclear power. Among the manufacturers who entrust their reputations to Iran Khodro are Peugeot and Suzuki. That’s right, established carmakers contract Khodro to build cars for the Middle East market. How many cars? The company averages roughly 750,000 units per year, more than Volkswagen or Subaru manages in the U.S.

So, the dudes can build mass-market fare like the Peugeot 207 and Suzuki Grand Vitara. What’s in it, then, for them in Oman, a prosperous Gulf state whose merchant class exhibits all the questionable supercar-customization habits of its Arabian Peninsula peers? Oman’s capital of Muscat is just a short freighter jaunt across the Gulf of Oman, and the new factory will give Iran Khodro access to the growing markets of Eritrea and Ethiopia, on Africa’s horn. Indeed, a Khodro executive said that 15,000 of the plant’s projected 20,000-car annual output would be exported.

The company has not disclosed whether old Peugeots will be built at the new plant, but The Drive’s fingers are crossed. Like the Volkswagen Microbus, a 60-year-old design that only reached the end of its production run in 2013, some Peugeot models long thought dead, buried and decomposed live on in the Middle East. Iran Khodro continues to build the 206 hatchback,

… and the 405 sedan, a car that dates to the Iran-Contra scandal.

The vortex is real, people, and it passes through Persia.