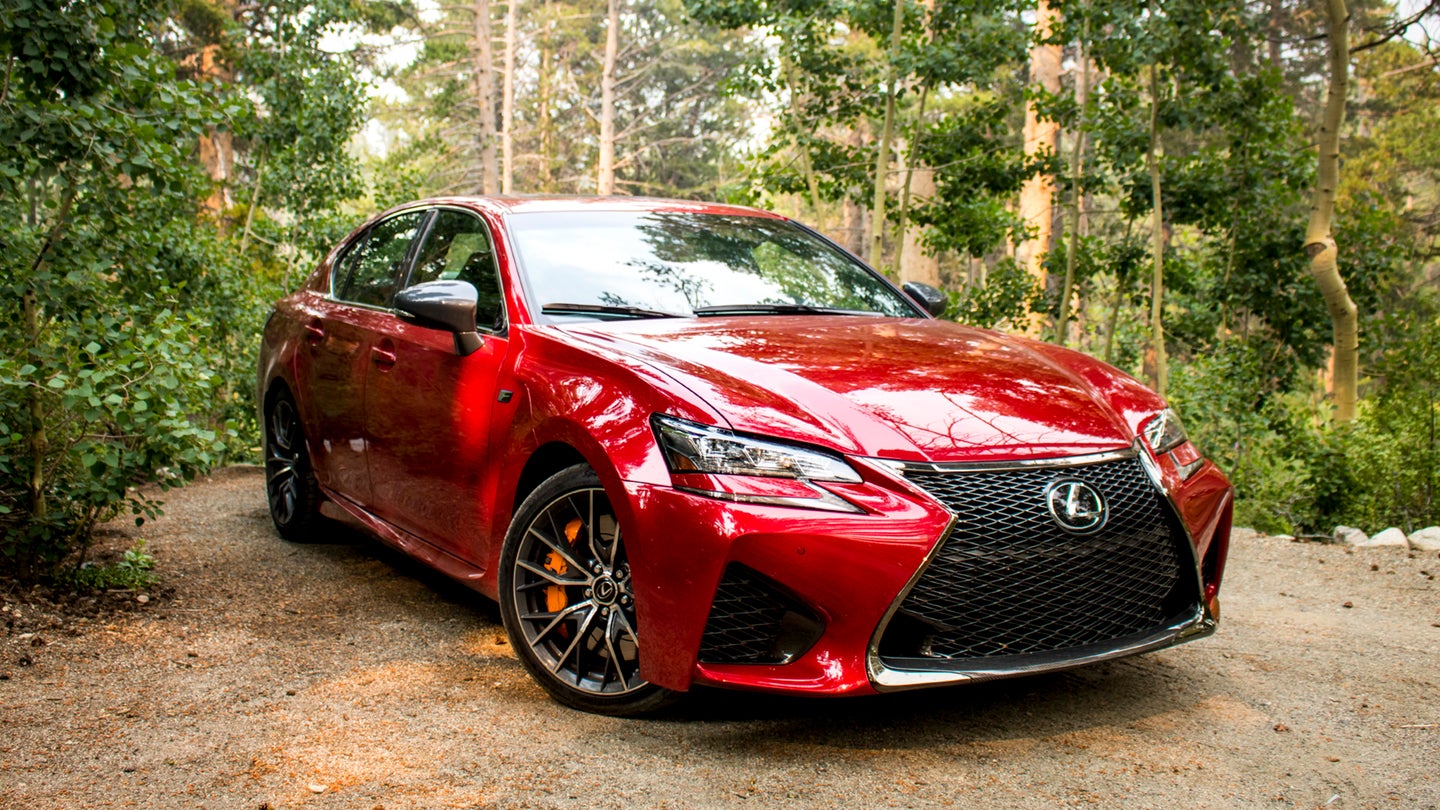 People aren't great with change. I don't mean that on a macro scale—obviously, the modern world is a testament to our unquenchable thirst for it—but for the most part, we want the fundamental things around us to stay the same. We try to build our lives and our selves on that consistency. We're not wired to absorb rapid shifts, unpredictable swings, or sudden loss.

Three weeks ago, a new 2018 Lexus GS F in arrest-me Matador Red Mica showed up at my apartment for what I expected would be a week of nostalgic fun with one of the last free-breathing, V8-engined, rear-wheel-drive performance sedans left in this strange world. The next day, I got a text that a small part of me had been dreading for a year: My grandfather, a 97-year-old World War II veteran and card-carrying member of the Greatest Generation, had died.

I heard the words, but I couldn't absorb the news at first. Mumbled something unserious when my wife called from the store to say she'd got word from my mom. Tied up anything resembling emotion until I could undo the neural knots and start to feel something when I was damn ready. I didn't cry for hours, not until I finally laid down and thought about how such a vast stretch of our family's history—97 years of a life that began in a sweltering tenement in Boston's North End with horses clopping around outside, and ended in a time when his grandson can make a living reviewing expensive rocket sleds—died with him. That broke the dam.

It's funny how fragile the peace really is. There's far more to celebrate than mourn when someone nearly reaches triple digits. After a century of living, something's gotta give. Yet I was also grieving the loss of a bridge to another era, the loss of someone who represented a different time and held a different perspective on the kind of work that went into building this modern world of ours. His long, epochal life became part of the firmament of my own, just as other long-lived people and places and things and institutions become fundamental to us all.

In a way, it was kismet for the Lexus GS F to show up on my doorstep when it did. One, because everything about its old-school nature also feels out of time. And two, because I really needed to get the hell away.

My wife had planned a camping trip that weekend in Yosemite for my birthday—oh yeah, my birthday, that same week—but the raging Ferguson Fire had closed the park a few days prior. There was no way I was sitting around with these feelings though. So the next morning we gathered our gear, stuffed as much of it as we could into this 467-horsepower escape pod, and pointed it north toward the Sierra Nevadas.

Lexus GS F Is All About Character

30 years ago, no one would blink twice at the thought of taking a powerful, luxuriant sedan on a trip like this. But we’re firmly in the age of the Costco crossover, where value is more often measured in bulk instead of brawn, and the number of hefty rear-wheel-drive sedans with mammoth V8s continues to dwindle. It only took 30 minutes with the Lexus GS F to understand what we’ve given up.

I’m not even talking in terms of crossovers, though our against-the-grain approach was evident as soon as we joined the convoy of Honda Pilots and Toyota RAV4s leaving Los Angeles for the weekend. The odd feeling of contemporary nostalgia really comes from the fact that so many of the other entries in this segment have been given a true aggro makeover, blown out to the limits of the platform in a pissing match quest for the fastest lap around a certain racetrack in Germany. It’s not that Nurburgring times don’t or shouldn’t matter; it’s that balancing a car’s nature between being a ‘Ring destroyer and a daily driver leads to certain compromising choices on both sides.

So with a naturally-aspirated, 467-hp, 389-lb-ft V8 engine that’s down on oomph compared to turbocharged and supercharged rivals like the Cadillac CTS-V and the BMW M5, an eight-speed transmission that shifts a little slowly, and a suspension that allows more body roll than expected, the Lexus GS F isn’t keeping pace with much of its shrinking class on the stat sheet or the track. Turns out, that doesn’t matter—and more to the point, it shouldn’t matter, because the GS F delivers more than enough character to make up for it.

A good drive is always a welcome distraction. But it becomes that much more vital when the car itself is talking back to you, when the chatty handling and sonorous engine open up and overwhelm your brain’s spinning circuitry. Southern California’s crumbling freeway network isn’t what anyone would call “dynamic,” so it was a pleasant surprise to find the GS F an uncommonly good partner even on straight roads. The big V8 begs for ever-faster revolutions with peak horsepower arriving at a lofty 7,100 rpm. We made quick work of the Mojave as we blasted across its eastern reaches in silence, letting the car handle the conversation. It’s superb at that, fake engine noise (sorry, Active Sound Control) aside.

Arriving at the base of the mountains and the Inyo National Forest, I realized I'd likely lose cell service once we climbed the serpentine canyon road above us. Usually, this is the best part of camping. But I needed to be in touch with my family about the funeral arrangements, so thus began an odd-yet-satisfying routine where I would blast back down the mountain from our campsite—about a 15-minute jaunt—and pull into the dusty restaurant/general store/motel that served as “town” for the occasional check-in. That road also happened to be an excellent showcase for the abilities of the Lexus GS F. Covered in smooth asphalt and offering a mix of broad sweepers and tighter technical bits, it was the perfect way to decompress before and after an emotional phone call.

One of the car’s most impressive tricks is its torque-vectoring rear differential, which can distribute power between the wheels and tuck the 4,100-pound bruiser into the turns much like the RC F coupe it shares that engine with. That differential also offers three selectable modes that range in nature from civilized to supremely tail-happy, but the GS F never felt out of control even in the most aggressive twists. Credit is due both to the powertrain engineers, and the way the car communicates its limits; you can feel them coming a mile away, allowing you to dance right up to the edge with far more enthusiasm than in one of its surgically-minded competitors.

The engine, eight-speed transmission, and weighty steering all offer custom adjustments as well on top of the car’s requisite Sport/Sport+ modes, but it was the differential that really made the big Lexus feel far smaller and nimbler than it has any right to be. Thanks to the chunky Brembo brakes, it winds to a stop with a notable immediacy as well—though some barely-noticeable fade on one of my downhill runs indicates you might want a little more on a real track.

On the downside: Even aside from not being a blobby two-box crossover, the GS F is particularly ill-suited for camping duties. The rear seats are locked in place, so you’re left to divide everything between the voluminous trunk and the pricey, eminently-scuffable leather-and-Alcantara interior. Once everything is arranged and any loose hatchets have been firmly secured, though, it’s easy to enjoy the classy design and expensive-feeling touch points surrounding you. Just do yourself a favor and spend as little time futzing with the awful joystick-based infotainment system, which is frustrating enough to bring other, stronger emotions bubbling to the surface.

There were a lot of said emotions that weekend. Natural solitude is both a blessing and a curse when you’re trying to sort yourself out. I swam through the memories of my grandfather as I sat around the fire each night, from the wooden rocking horse he made from scratch for my brother and I as toddlers to the last time I saw him a year ago, when he was too frail to return my gentle hug. This was a man who built his own house in retirement, who drove his car until the age of 95, whose barrel chest and firm handshake seemed impervious to age for most of my life. I know he hated how time eventually took all that away.

Now he’s gone, and it hurts. But the Lexus GS F proved to be a soothing presence in more ways than one. Obviously, a dozen spirited blasts up and down the mountain helped my mind to detach; the more I did think about it, the more the car’s mere existence dovetailed with the weird, nostalgic grief I felt that weekend. We all know sedans are dying off, especially ones with a free-breathing octet exploding under the hood, and there’s a lot of consternation about these trends in certain corners of the automotive world. It’s understandable that some people feel like these kinds of cars are being taken away and react with frustration or anger. Change is hard, and it often sucks.

I’ll truly miss the Lexus GS F when the next version inevitably adds some sort of forced induction or all-wheel-drive—or disappears entirely. Even as sales continue to plummet, its current form represents a stunning grand finale we all wish we could depart with, a performance sedan whose anachronistic approach somehow transcends not being the best at anything on paper to become one of the best at everything in my mind. Drive one while you can, and spend time with people while you can. The memories will linger long after they’re gone. 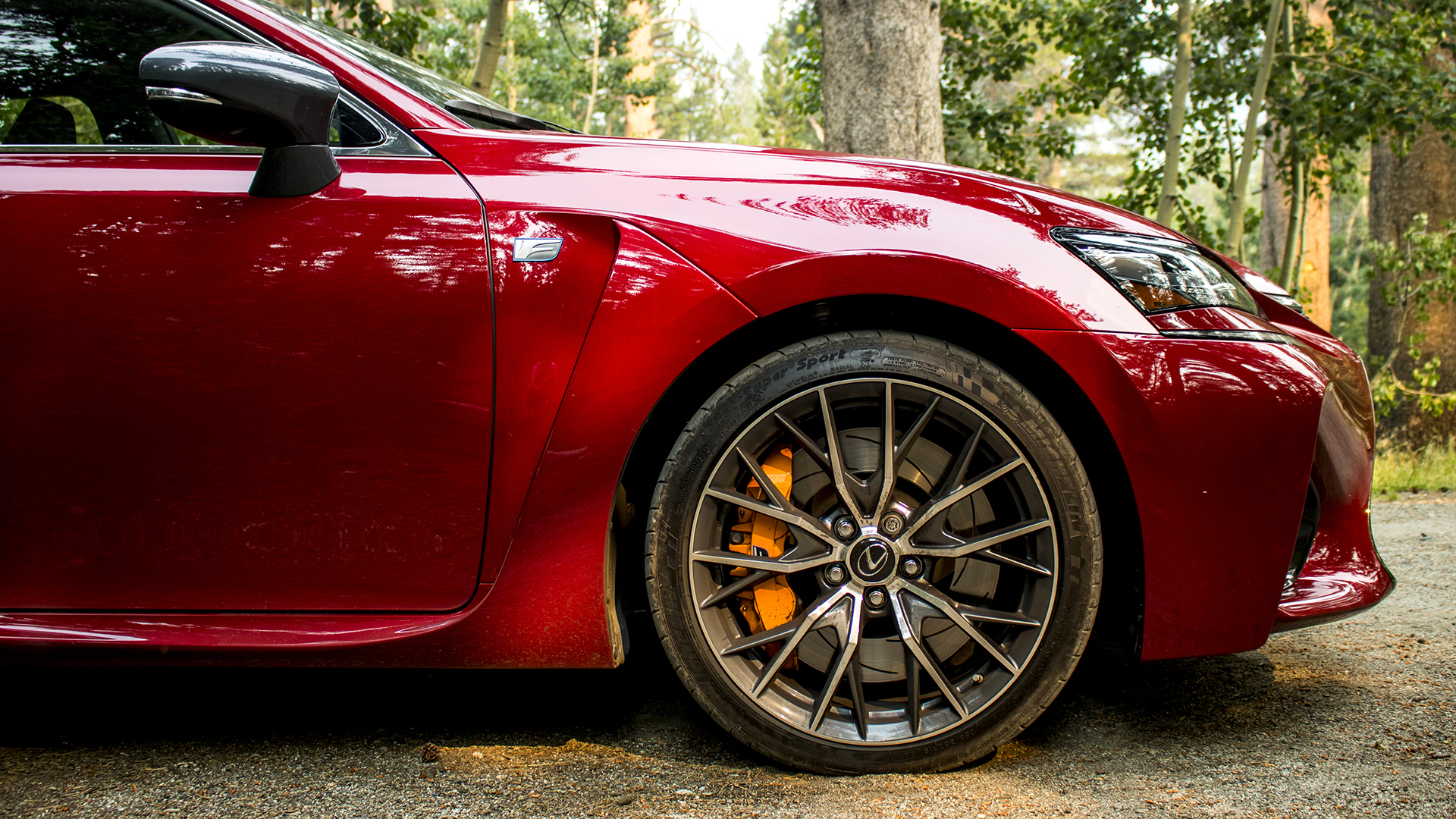 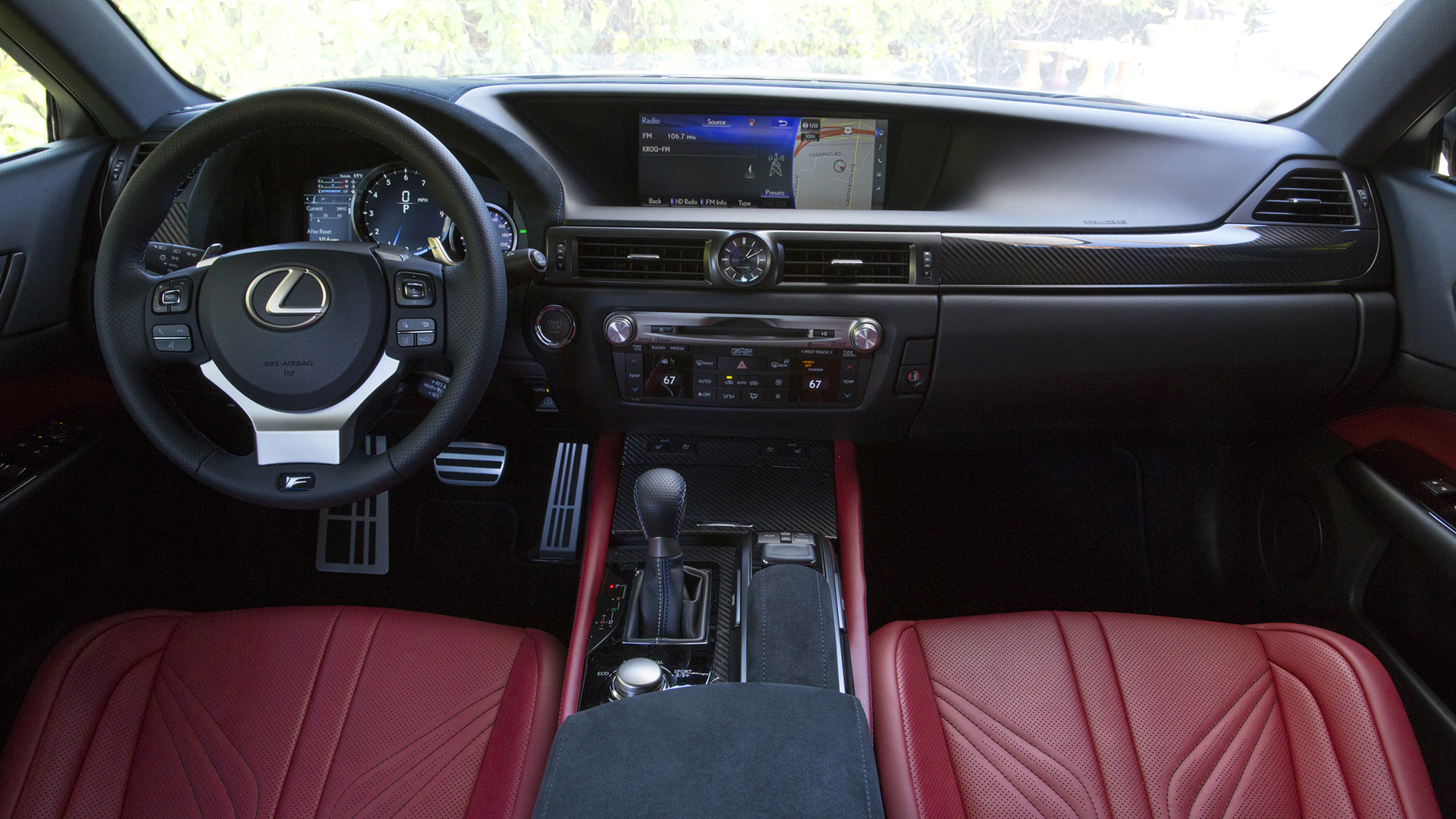 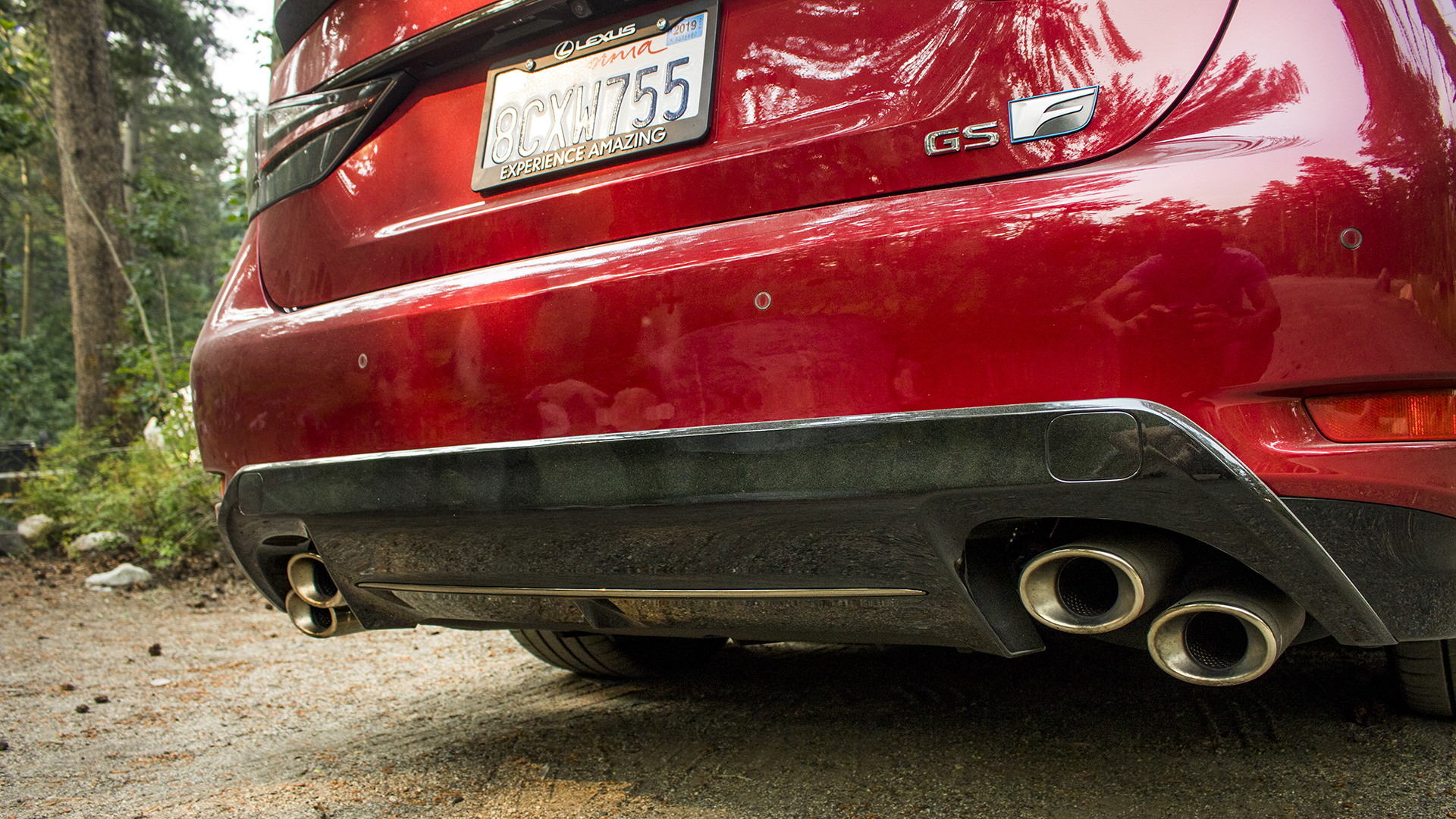 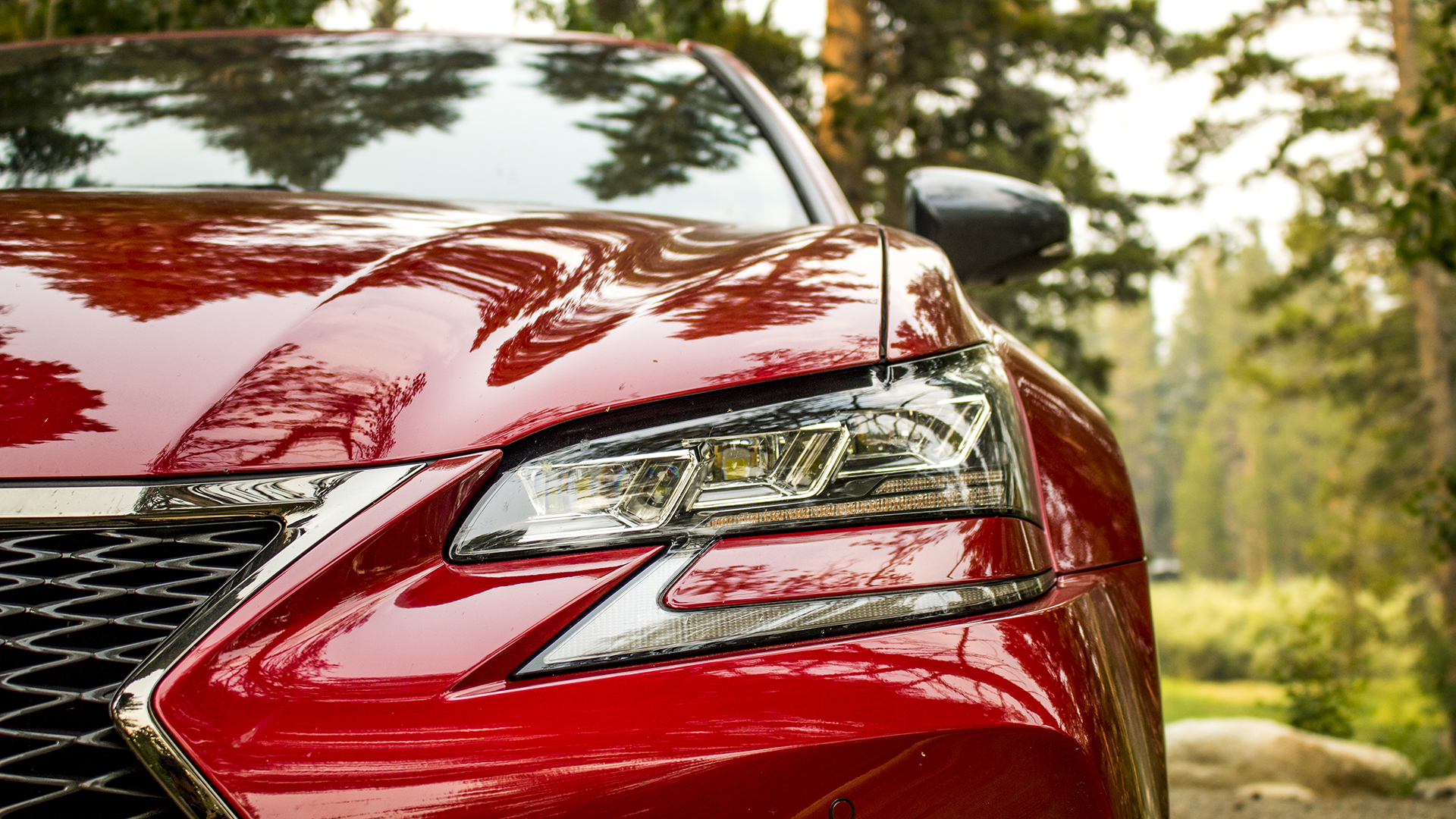 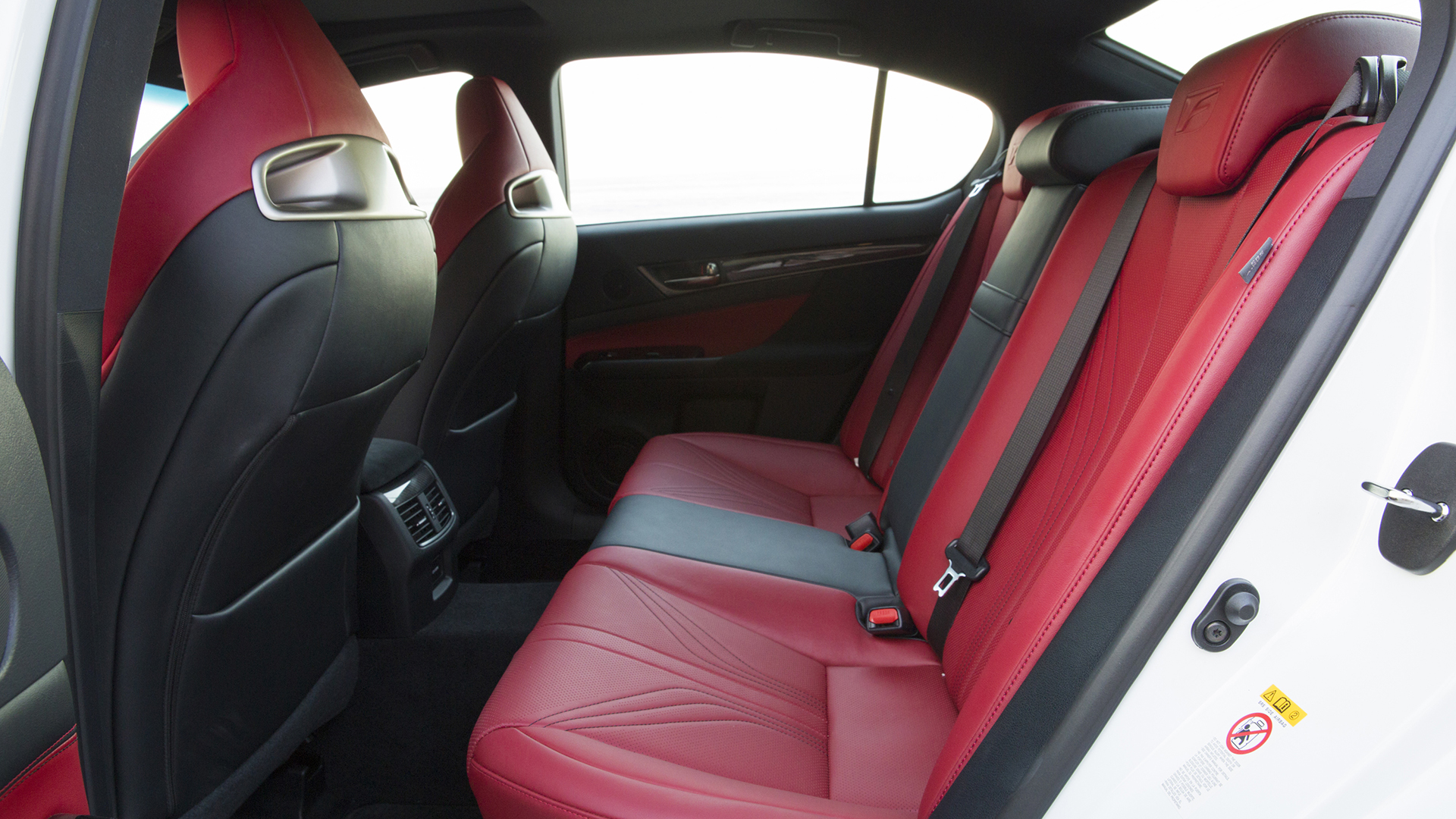 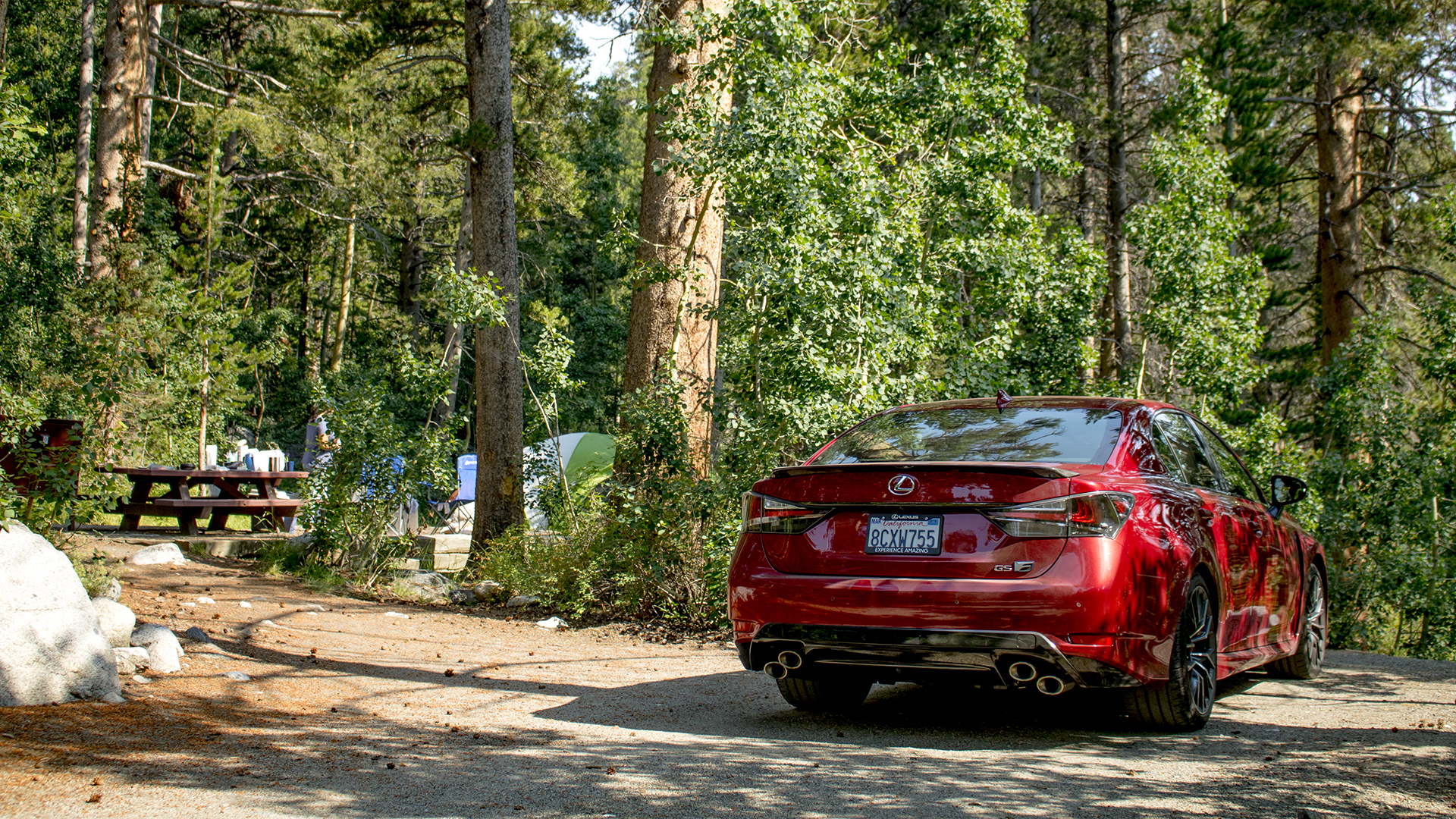