The Winners (and Loser) at CES

Auto shows display completed puzzles. CES is where you see the pieces. 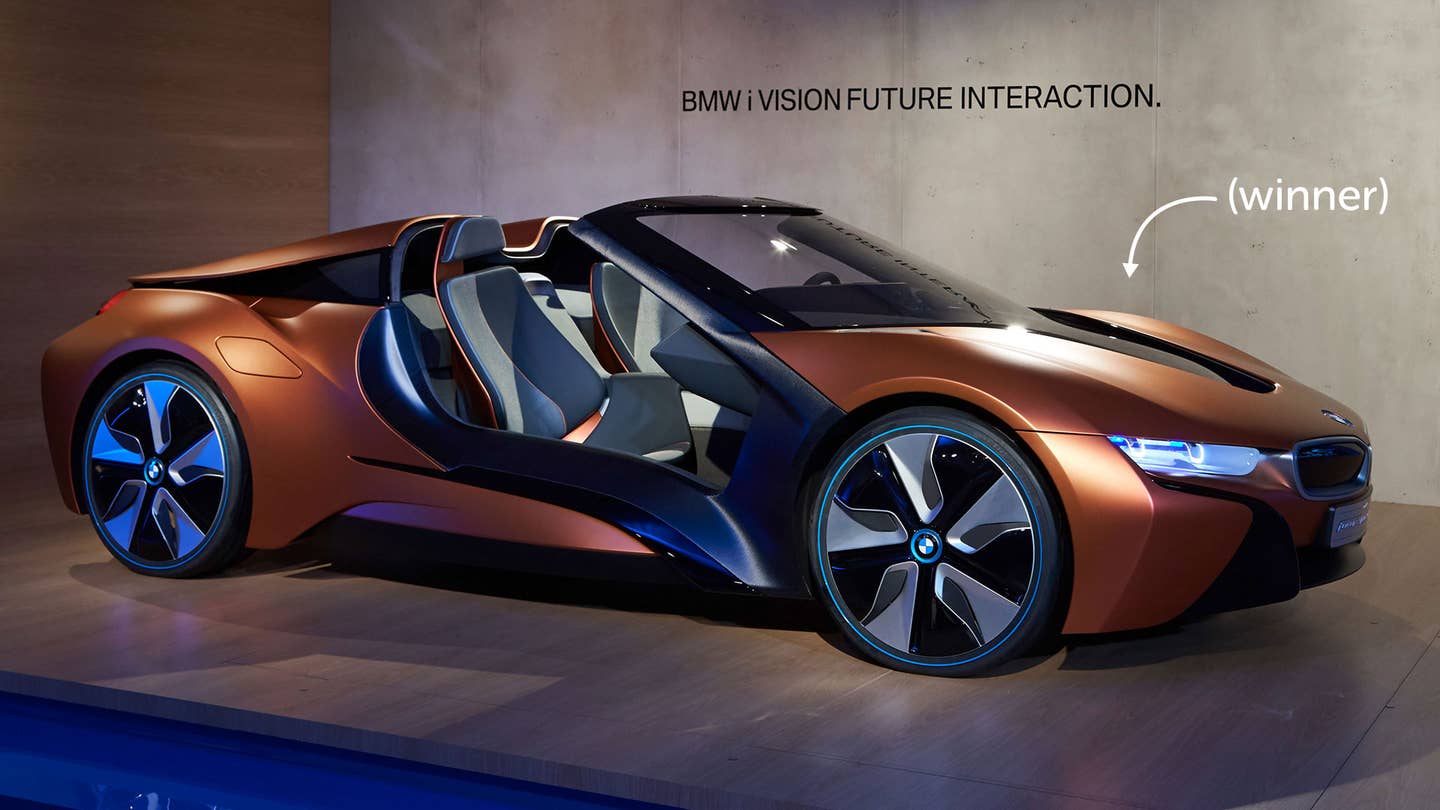 “The C in CES used to stand for consumer, but now I think it stands for car.” That’s according to someone who ought to know, a man named Mathias Halliger, who heads up connected systems architecture for Audi. Things are going his way. Because what you see at this year’s CES, more than any time in its history, is that the automobile is an electronic sun at the center of the tech industry. Any other segment is a mere satellite.

Connected home? It connects through the car, knowing when you’ve arrived or left, adjusting the temperature when you get back, and probably feeding the dog while you’re away. Fitness tech? Sure, and device makers are aware the gold at the end of the rainbow will be making their Fitbit, Under Armour Gemini II and Apple Watch all connect to automotive ecosystems.

Whereas a typical auto show displays hermetically sealed concepts, CES is where you see the puzzle pieces in fragmented form. And bringing those pieces together is the central “message” of this year’s show. One health tech executive (who’d rather not be named) told me yesterday that carmakers desperately need to create a single standard, like an OS, that will allow seamless conversation between, say, an Apple Watch and a car. Halliger and his Audi colleagues have been speaking at length here about the same challenge; they say carmakers need a single voice for speaking to Big Tech and telling them what’s needed. (Oh, and Big Insurance and Big Government, too.)

Which means we’re at a moment where everybody seems to want the same thing. That’s why deals between Toyota and Ford, combined with deals between Mercedes, Audi, and BMW are starting to emerge. All of the above are already talking to each other about a single, combined OS. From there, you’ll almost surely see them go back to Google, Apple, and to all their other suppliers, to create a single standard. Audi’s already saying the model here is Android, with all sorts of suppliers buying in on both the hardware and software side. Others might disagree.

So, what’s all that got to do with our winners and losers from the Car Electronics Show?

Context. Understand that everything we see is through the lens of deals and agreements and standards. Because the Car of the Future doesn’t happen without each piece falling into place, and where you see it, with a lot of viscera still exposed, is at CES.

You had us at “200 miles of range.” Well, really, you had us at a “roughly $30,000 sticker (after Federal and state incentives) and 200 miles of range.” Sure, gas is cheap today. But if Chevy can build on the Volt with this sort of range, excuses about why you wouldn’t want an electric car evaporate. Understand: The reason we like the Volt is that it handles like a car, not a toaster. Tesla put a finger in the eye of incumbent automakers, proving that an EV doesn’t have to drive like shit; the Chevy’s intuitive driving character is clearly in response to that. Maybe the Bolt is the middle finger back to Tesla? I sure hope so, because for all the other party favors (around-view cameras, self-sealing tires, lane-keeping, pedestrian-sensore), what we really want is a long-range EV that drives great and a normal person can finance. Period.

While other folks covering CES were wowed by yet another mirrorless concept (yawn), I was won over by BMW iVision Bumper Detect. It works when your car gets “tapped” in a parking lot, both recording the incident via the surround-view cams, then firing the capture to your phone. Is that legal? See the intro above how the soup that is the Car of the Future gets made. Then again, I’d bet BMW just has to do is tell the insurance industry to unleash their lobbyists and it’s a done deal. This tech could easily debut on just about any BMW with cameras.

When I posted this concept on Facebook, friends called it a Scion lookalike. Hardly the same reaction VW got from its Bulli Concept a few years ago. Wake up, people: Concepts are just that, and they’re largely for gauging reaction. The bigger deal here is the AWD electric architecture underpinning the BUDD-e, which pushes the range of a relatively large EV well beyond 200 miles. That’s huge, and as an avowed fan of the way Volkswagens drive, I hope this can get the company beyond its diesel mess and on to building EVs with GTI handling.

This isn’t a “new” concept, because the car debuted in Frankfurt. What Audi’s showing here, however, is the systems in the concept. For CES, the e-Tron has been updated to include autonomous functions (Piloted Driving, in Audi speak) up to 37 mph, a suite of tech that’ll debut in the next A8 two years from now. Note: Audi’s isn’t just talking about what such a car would do (auto-disabling distracting tech when you’re driving), but also discussing how the tech can become a reality. That’s about redundancy, where every sort of sensor has another layer built on top of it, so that lane-keeping comes from radar, laser, cameras, mapping, signal sensing, and on and on. If anything, the integrated sensing, along with computing firepower, suggests Audi is exceptionally close to making Piloted Driving a reality.

Want to know how the Faraday project might really turn out? Look at the Aston Martin Rapide S at CES. Last summer, Aston partnered with China’s Letv, which is headed by self-made billionaire, Jia Yueting, Asia’s answer to Elon Musk. Letv has a market cap of around $8 billion, which isn’t huge in the car business, but large enough to help a niche player like Aston electrify its existing platforms. So it makes sense that a Rapide S showed up at CES, one fitted with Letv’s “Internet of the Vehicle” (IOV) control, a touchscreen system linked to a cloud services network that’d enable autonomous car functionality. That’s the stuff Letv is capable of delivering, just as Aston knows how to build cars. In tandem, they could prove reasonably powerful in the supercar segment. Divided, they fall.

Hey there, Batman, have we got a ride for you! And if you believe in comic book superheroes, perhaps you should invest in the 1,000-horsepower car that doesn’t exist. The specs, supposedly, auger individually driven wheels (all electrically, of course), a 200mph top speed, 0-60 mph in three seconds, and and and…