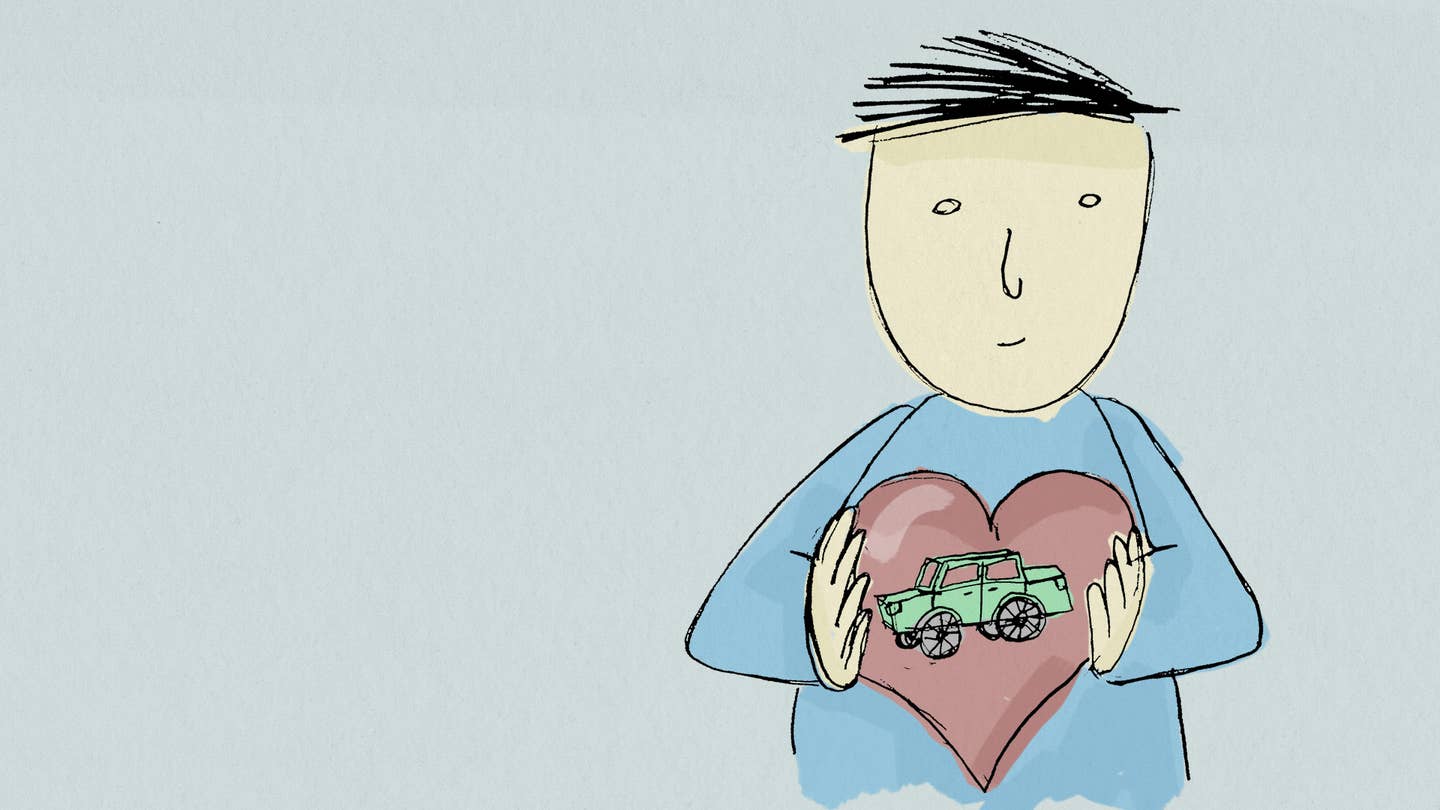 The tool you need to use to choose your next car isn't a tool at all.

Comedian Aziz Ansari believes we're all drowning in love-data. The 32-year-old has a whole book on the subject, Modern Romance, that details the ups and downs of the 21st-century dating apparatus, from Tinder to OKCupid to “the 24/7 singles’ bar” you carry around in your pocket every day. We swipe right and get it wrong; we turn down a stunner because she's into the Red Sox; we expect an algorithm to take up the bow and arrow. Never before has it been so easy to find out so much about a potential partner, yet happiness remains elusive. Ansari is right about people, and as it turns out, he's right about cars.

Ansari is masterful at contrasting the modern and the old-fashioned (on a haunting by a modern ghost: “Oooo... what's your wifi password?”). He compares his parents' successful arranged marriage, based on a 30-minute meeting, to his obsessive hunting for a great restaurant while on tour in Seattle. Texting and reviews and online guides lead, predictably, to a disappointing result. “I had run out of time because I had a show to do,” he says, “so I ended up making a peanut-butter-and-banana sandwich on the bus.” In contrast, his parents have been married for 35 years on the basis of a medium-length conversation.

Anyone will tell you that a car is the largest consumer purchase you'll make; real estate is an investment, but unless you've bought an air-cooled 911 or a carbureted Countach, that money is spent. The message: Don't get the decision wrong, do your research, make sure you buy the best there is. Thus, you find yourself poring over review after review, weighing reliability projections against accolades from an automotive press spoiled for choice. Comparison tests become religious texts. Performance figures are ingested anxiously. There's got to be a right choice, right?

Well, there isn't. As The Drive editor-at-large Alex Roy notes, it's pretty hard to buy a bad car these days (though hardly impossible). Mind you, as the owner of a Morgan 3-Wheeler, Roy has in his garage potentially the best worst car ever, or the worst best car ever. As a result, almost everyone loves the thing as you would a three-legged dog.

Love, whether flesh and blood or mechanical, is not a rational force. We swoon for the weeble-wobble of a farty little Fiat 500 Abarth, with the world's worst driving position and a shifter like a child's bowling pin inserted in porridge, and come away from a DSG-equipped GTI feeling chilly and unfulfilled. We chuckle behind the wheel of a Ford Fiesta ST, yet shrug as its big-brother Focus ST tail-wags on lift-throttle. We declare the Ford Mustang or Chevrolet Camaro the greatest car of all time, and declare the Chevrolet Camaro or Ford Mustang to be feeble, weak-kneed, and for idiots only.

We buy pictures of Calvin pissing on everything.

Witness the surging sales of Subaru, born aloft on a gust of misapprehension. Don't get me wrong—a Forester is great for an active family, but is the average buyer likely to even get its all-season Geolanders slightly muddy? Symmetrical all-wheel-drive and a good safety rating give a warm and fuzzy feeling, even if you'd be fine with a front-drive CR-V. Love doesn’t make a Subaru a Subaru; the placebo effect does.

Maybe it's time to stop making a science project out of the purchase. Buy the thing that moves you. Go for the bad idea with dangerous curves and a three-star rating. In the end, a car is more defined by what you do with it than how anyone else rates it. Call it your gut, your heart or your intuition, as long as you follow the damn thing.