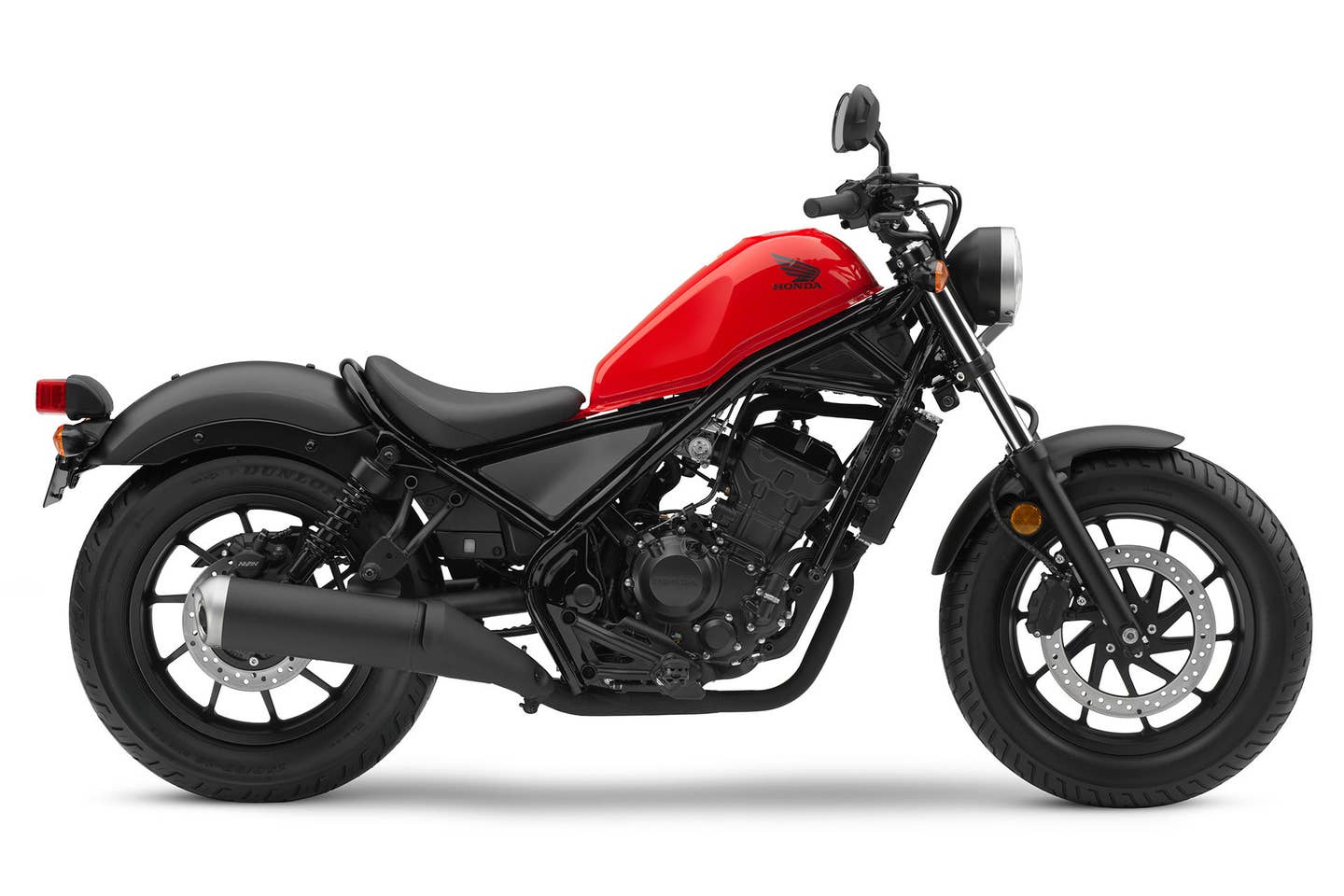 For more than three decades, the Honda Rebel 250 has served as an archetypal beginner motorcycle. It’s easy to see why. Lightweight, easy to maneuver, and, crucially, cheap to buy and maintain, the Rebel is about as approachable as they come. Complaints? The single-cam air-cooled twin, and the Selleck-era cruiser styling, both of which feel dated. Now, Honda is addressing both in a clean-sheet redesign for the venerated badge.

All-new for 2017, the entry-level model becomes the Rebel 300, courtesy of cribbing the 286cc water-cooled single from the CBR sportbike. The 500 version maintains the same water-cooled parallel twin as its 471cc CBR cousin. Both four-valve, DOHC, fuel-injected engines have been retuned for better low-end, the latter good for 45 hp and 33 lb-ft, coming at 8,500 and 6,000 rpm respectively. Honda says the only difference between these two bikes is the running gear.

That means each benefits from the new trellis steel frame. Seat height is just over 27 inches, fuel tank sized at three gallons, with 41mm telescopic fork, twin rear shocks, 16-inch wheels, and 11.6-inch single front disc brake. Claimed curb weight for the Rebel 300 is a tidy 364 lbs., with the 500 coming in at 408 lbs. ABS, optional on either model, adds 6 lbs. to those totals.

Ignition remains below fuel tank, lefthand side, but the dash is now a blue-backlight, negative LCD dial, measuring four inches in diameter. Of course, Honda will have a slew of optional kit, from a 12V plug-in socket to saddlebags and tubular rear rack. But this new Rebel is a handsome thing in stock form, a riff on the neo-retro bobber look buyers want right now. The raked tank, single-side exhaust, and classic aluminum wheel design are sure to please.