Not only did it improve the soundtrack, it also increased performance.

For those who customize their cars, there's an important upgrade milestone in the vast expanse of tuner culture that's nearly universal. It's not only a way to express to members of your own circle that you're proud to be there, it’s also a way to sing your circle's gospel high to the heavens and share the good word with fellow gearheads of all tuning communities. It's not a necessary change, but it's a solid strategy for increasing power, improving your car's soundtrack, and making it more fun to drive. I’m talking about installing aftermarket intake and exhaust systems.

I recently completed these two modifications on my 2011 BMW 128i and am nothing short of impressed. Not only is the intake the most expressive system I've ever thrown on a car, but there's a noticeable increase in horsepower and torque with its exhaust accompaniment, especially above 3,200 rpm. Installing both was generally easy and straightforward, though I definitely hit some annoying snags along the way—here's how it all went, and why throwing on an aftermarket intake and exhaust system was the best decision.

The factory intake system for the BMW N52 engine, specifically how it's laid out underneath my 128i, is pretty good for stock. With a fresh OE filter installed, you can hear some light intake hissing noises with the windows down while driving alongside a wall or parked car. It also looks like those crazy Bavarians did the best they could to get fresh air to it and still maintain a certain price point. But the aftermarket is usually always better for this type of part, and in my case, I decided to throw on Turner Motorsport's N52 intake for the E8X and E9X BMW chassis.

When the team at Turner isn't tweeting prose at Mandy Moore and kicking ass at racing, it is designing some neat products for naturally aspirated BMWs like mine. I paid full price for this system and even sprung for the optional extra Silicone Intake Boot. This was a good decision, as the boot does away with the factory hose that possesses a Helmholtz resonator, which dampens intake sounds and is therefore blasphemy. I get it, not everyone wants to hear a ton of intake noise when the tach needle swipes well past 3,200 rpm, but I do. I want to give my howling baritone inline-six every possible way to sing the song of its river-surfing people.

Installing the intake system was incredibly easy. I could've had my hands tied around my back and used my mind to will a verbose river otter to do the installation, and I'd still call it easy. Turner didn't include any printed instructions, but I found them online and got on my way. The only thing that threw me off for about 20 seconds was where one of the two fastening posts (I think that's what they were called?) went, but besides that, it was 15 minutes with a couple Allen keys and a screwdriver.

The results were so good. I was shocked at how much resonance and aggression was added to my rev-happy and slightly leaky N52. There is so much more ravenous, O2-chugging intake sound, and the light hissing in the lower RPMs is much more noticeable, too. I'm wondering if this is partially due to the N52 using Valvetronic in lieu of a throttle body, meaning the air is sucked in directly from the valvetrain as opposed to first getting regulated at a butterfly valve, like most cars this side of a Koenigsegg. The N52 has a throttle body, too, but it's only there in case the Valvetronic system malfunctions.

I felt a light amount of added power, but moreover, the powerband was smoothed out, which is great for anybody who drives with naturally aspirated engines.

To Hell With Weight and Restriction

A while back I highlighted a few exhaust system choices for BMW N52-equipped vehicles. I put my money where my mouth is and invested in the Magnaflow option, which is proudly manufactured here in Southern California. It was great timing, considering Bimmerworld had a deep sale going at the time. The key reason for installing the system in the first place was to improve the car's exhaust track, take pride in doing some DIY modification, and hopefully gain a little power—spoiler alert: I succeeded.

At first, I was intimidated by the installation. I've never taken a saw to exhaust piping before, especially piping that's affixed underneath the car and tough to access. Nevertheless, I manifested a little gumption, bought an inexpensive reciprocating saw from Harbor Freight that would use my impact's battery, and went to town.

Once underway, the first snag was lifting the 128 high enough for me to squeeze underneath and be able to use the saw. I had to max out my jack, and once the car was secured on four jack stands, it was tight quarters. I'm not the same size I was 10 years ago, but I'll chalk that up to getting older as an elder millennial. Or that I work from home and ought to exercise more.

I finished slicing up the factory equipment, but it was far from a perfect job. I'm pretty certain Stevie Wonder could've made cleaner cuts than I did. I lunched three metal-pipe-worthy blades (at least the box said they were) in the process, but I finally had the two post-cat pipes cut off. It took some finagling, and I’m glad I wore safety goggles, ear plugs, and thick insulated gloves. Hot metal bits went everywhere, and the noise resembled a nuclear meltdown.

Hang-Ups With Hangers and More

When I arranged the new system, it didn’t line up quite right. I might've cut the pipes a tad short or maybe I didn't massage the Magnaflow system's pipes enough to slip over the factory pipes. I did manage to make it work with the sturdy, stainless steel clamps so that there were no leaks. Once my sore back, neck, knees, and wrists recover, I should probably remedy this with a pipe expander and possibly wider clamps.

There are a couple lessons here: If you can, use a lift to perform an exhaust swap, measure at least three times and cut once, and be prepared for it all to take a toll on your body. Also, it's a good idea to be prepared with a proper pipe expander, as smacking notched piping on the inside with a hammer is far from precise, and flaring them out wasn't included in the instructions, even though the Magnaflow's piping diameter was probably less than a few millimeters bigger than the factory's.

Mercifully, the rest of the process was a little easier, and with a little WD-40 on the rubber exhaust hangers, I pulled the factory system off without much trouble. I immediately noticed a massive weight difference. While I didn't weigh the two, the aftermarket setup felt significantly lighter than the OEM series of tubes. Less weight is always a good thing, especially for a portly German coupe.

However, the next snag was buttoning up the Magnaflow system by affixing it to the far rear driver-side hanger. Even after slathering it in WD-40 and other greasy concoctions from my garage, it just wouldn't get into position. After way too much time, I messed up the hanger beyond any reasonably durable function, so a new one is on order. I look forward to cutting the old one off, setting it on fire, and laughing at its final demise.

After having both the intake and the exhaust installed on my 1er, the results exceeded my expectations. The twin tips look so good poking out from underneath the bumper, the sound at startup and idle is more aggressive but not annoyingly loud, and the sound and power above 3,200 rpm is so gosh-darn good. Combined with the intake, the symphony of inline-six howling aggression is too good and puts the exhaust on most modern turbo cars to shame. Yeah, I said it.

Aside from the hefty cost and some annoying moments during installation, there are no downsides. The 128 pulls much harder than before, helping support Magnaflow's claim that this system bumps horsepower (they don't offer any firm numbers), as does Turner's unit, which it claims adds nine horsepower and 13 lb-ft of torque at the wheels. I'm curious what the net gain is, which I suppose ought to be settled with a dyno session in my near future. I've done intake and exhaust mods in the past with previous cars, but this is the first time there's been a very noticeable power difference, and I'm just infatuated with how it feels now. 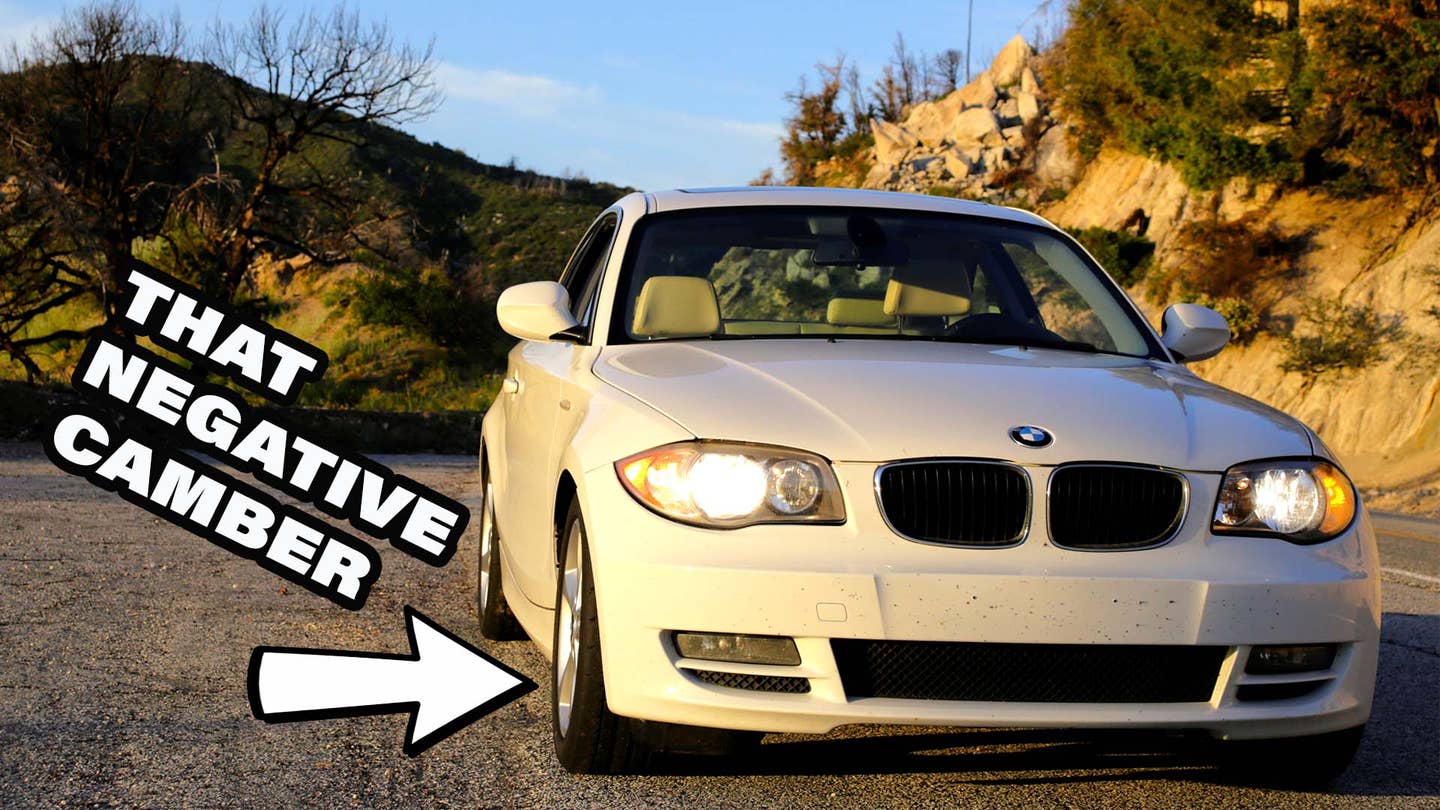 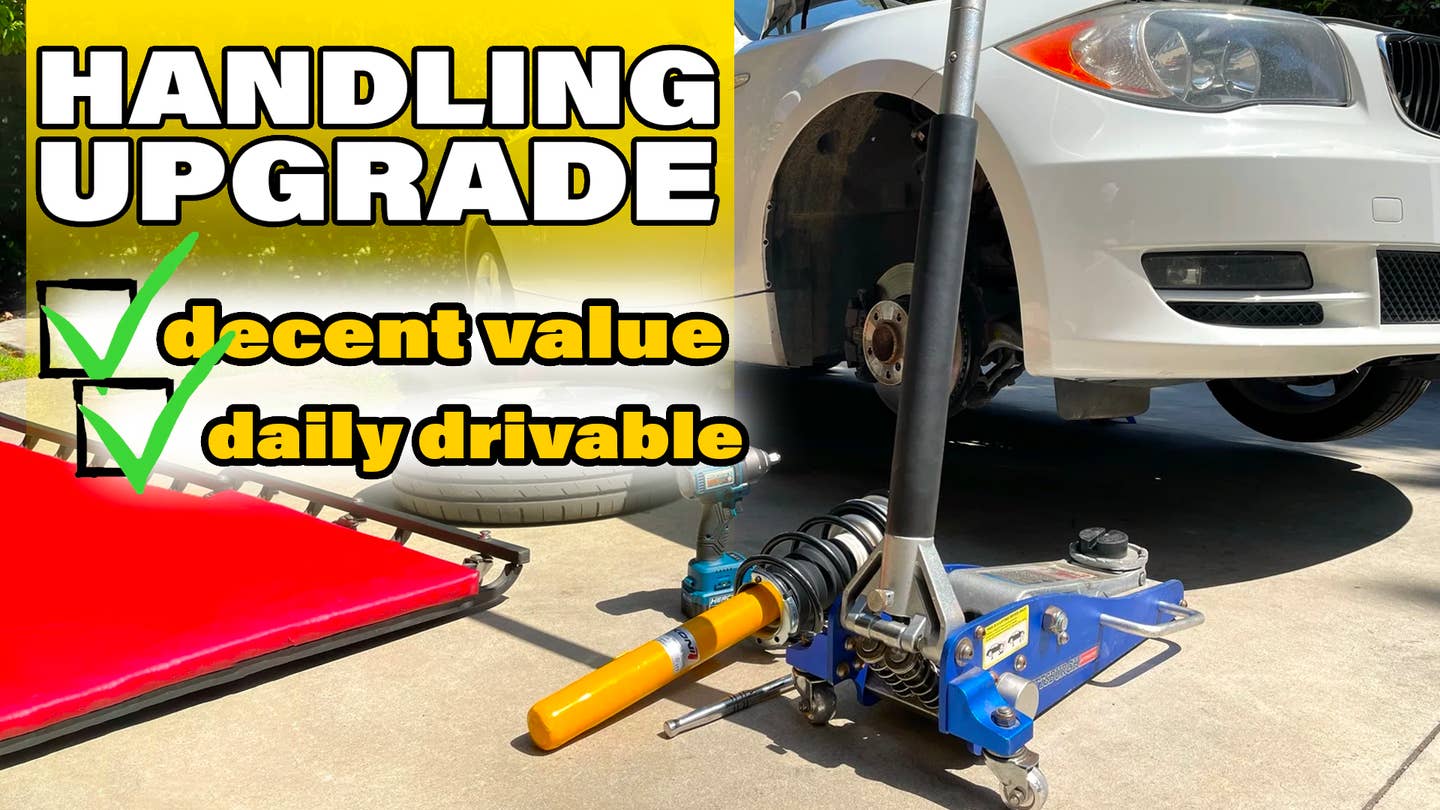 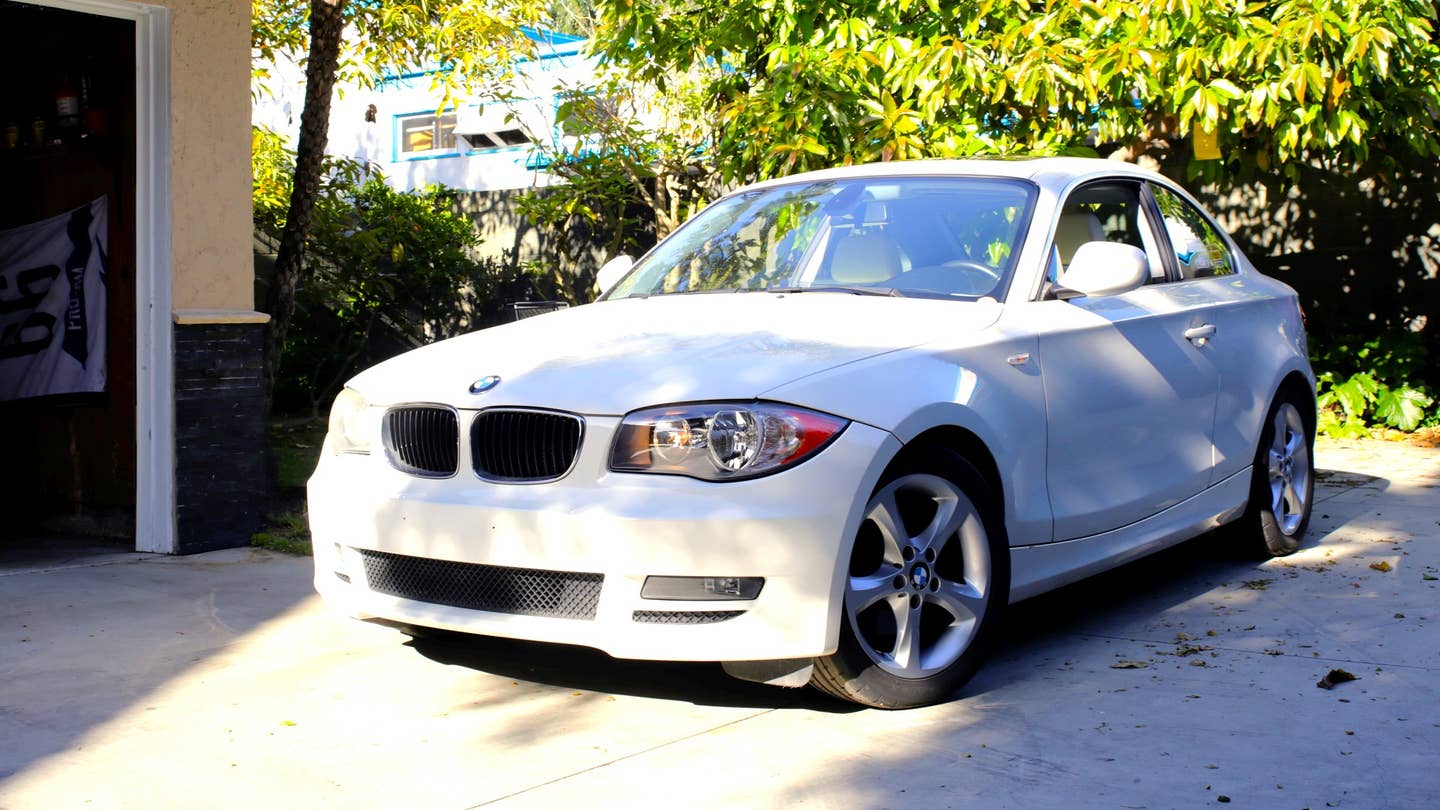 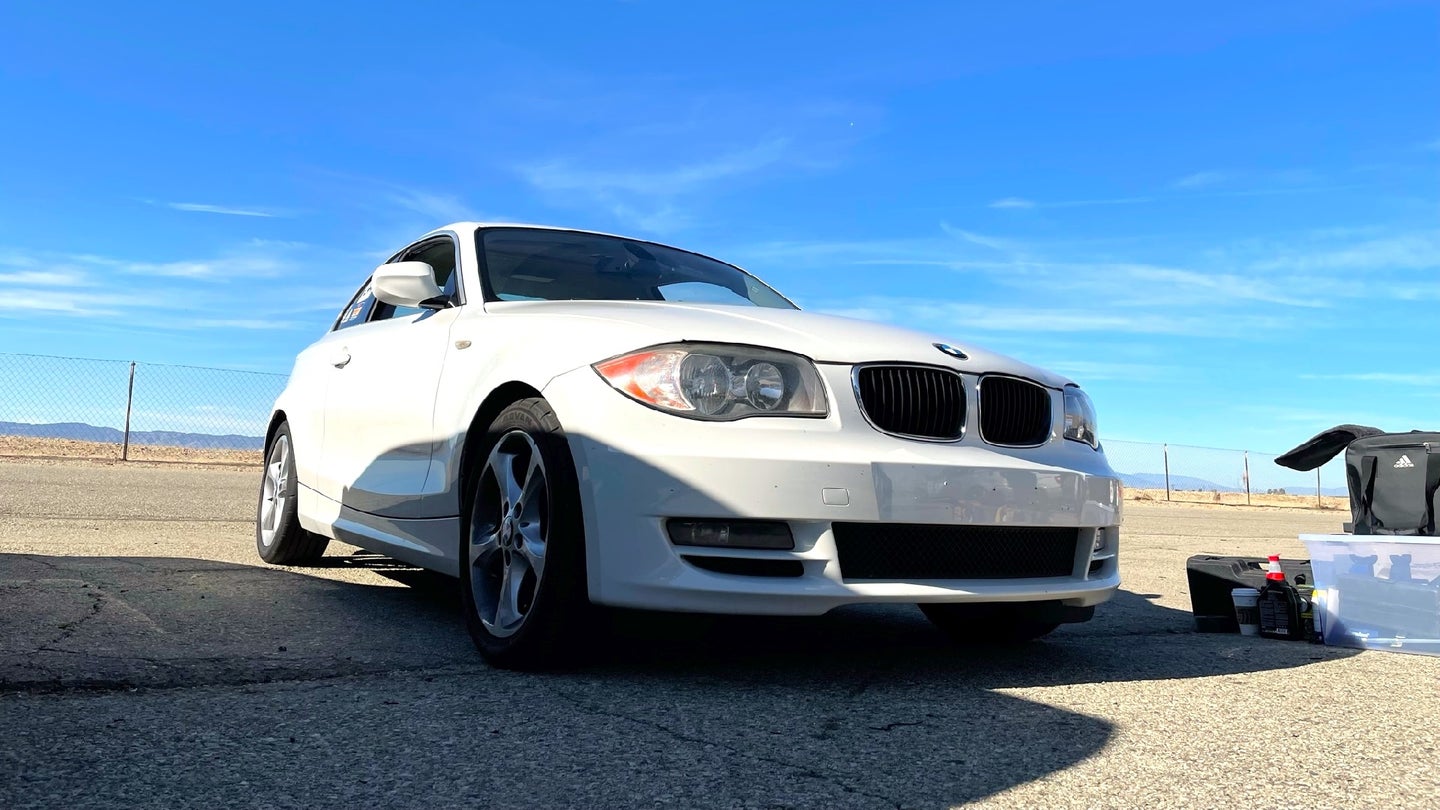